Customs officials are warning that the arrest of two Slovaks attempting to smuggle euros into the country will not be the last such case.
On January 22, two Slovaks were detained by Hungarian customs police after trying to bring 1.1 million euros into Slovakia. It was the first case of smuggling of the new European currency outside the Eurozone.
Slovak customs police, who were not involved in the incident, say that they are expecting more euro smuggling on their own soil. 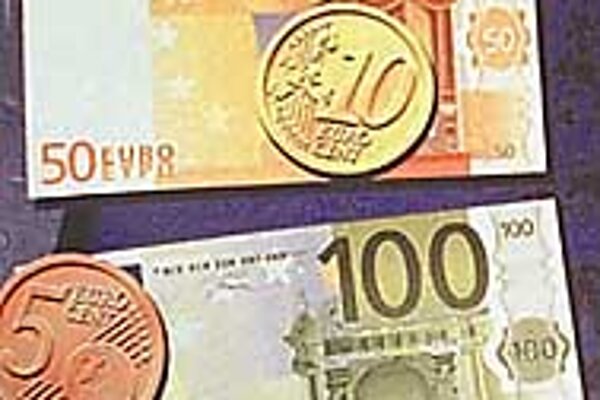 Customs officials are warning that the arrest of two Slovaks attempting to smuggle euros into the country will not be the last such case.

On January 22, two Slovaks were detained by Hungarian customs police after trying to bring 1.1 million euros into Slovakia. It was the first case of smuggling of the new European currency outside the Eurozone.

Slovak customs police, who were not involved in the incident, say that they are expecting more euro smuggling on their own soil.

"There will be more cases like this. In the past there was smuggling of Deutsche marks and dollars and it will be the same with this currency.

"It's hard to predict how it will be exactly in Slovakia, but as in the past there will be currency smuggling," said Silvia Balásziková, spokeswoman for the Slovak Customs Directorate.

The arrest of the two men, who were caught with 100 and 500 euro notes hidden in various parts of their car, comes at a time when Brussels has renewed its focus on border controls within EU candidate states, including Slovakia.

EC commissioners at the end of last year repeated calls for European Union candidate countries to strengthen their borders prior to accession to the Union. The Union is expected to extend invitations at the end of this year to a number of countries to join the 15-member bloc in 2004.

Slovakia's borders especially have been highlighted by visiting EU officials as problematic.

Among EU candidate states, the country is seen as a particular problem for smuggling of contraband and refugees and for trafficking in women. Last year alone more than Sk5 billion of contraband was seized by Slovak customs officials and over 2,000 illegal migrants were caught, up from 1,530 the year before.

But corruption among the customs force has also been identified as a serious problem which not only threatens cross-border security but costs the state millions of crowns in lost revenue on goods.

On January 24 the customs police announced that 41 members of their staff had been sacked because of corruption. This followed a number of incidents of customs officials' alleged involvement in smuggling goods or people across Slovak borders.

On December 10 two Slovak border guards were charged with helping 16 migrants from India cross into Slovakia from Ukraine.

Police said the officers had been bribed Sk25,000 ($500) and Sk1,000 per migrant by a local 20-year-old previously convicted of smuggling people across the border. They were intercepted driving the illegal immigrants from the border village of Dúbrava to an unnamed destination.

Then in early January another customs officer was charged after allegedly letting a group of Ukrainian cigarette smugglers across the border with contraband worth millions of Slovak crowns.

Customs officials said that the man, who had been working for them for 10 years, had let six cars go through the border at the Slovak-Ukrainian border crossing at Vyšné Nemecké.

The smugglers were hours later caught carrying a total of 3,000 cartons of cigarettes, some of them even in the car's fuel tanks. It is believed the contraband was destined for the Czech Republic as well as Slovakia.

Customs police have recently introduced new measures to root out corruption within the force.

The force has said it does not want to release information on the changes, but has confirmed that customs police at border crossings will be replaced every four weeks to lessen the opportunities for cooperation between border guards and smugglers.

"This is not a new measure, we have used it in the past. This method, while not being a complete change of personnel, is a part of the construction of a first barrier in preventing cigarette smuggling and collusion between border police and smugglers," said Milan Jasenovec, head of the Customs Directorate.

But despite the assurances, Interior Minister Ivan Šimko has expressed concerns over the country's border security, particularly with the Ukraine.

Despite an investment of over Sk600 million ($12.2 million) into the protection of Slovakia's state border since 1993, Šimko in December described the eastern border with Ukraine as "full of holes", and warned organised smuggling of people had been "flourishing".

However, while the EU has made clear its concerns over people and contraband smuggling, the attempted euro smuggling has caught some European Commission representatives by surprise.

One source close to the Commission said: "I've heard no one in Brussels raising any concerns about euro smuggling in these candidate states. But there is, of course, always an interest in how efficiently the customs police are functioning, and this applies to Slovakia," he said.