KOŠICE - ALBERT Einstein was an extraordinary man. Arthur Bolstein, according to a former teacher, "is a madman".
But he may not be so mad after all. At least one thing is clear: while he is not (yet) in Einstein's league as a scientific mind, Arthur Bolstein is anything but ordinary.
Four days a week, the 36-year-old scientist and mathematician is up before dawn running 16 kilometres "through snow, rain, or whatever", capped with an early morning beer. "I do a lot of thinking when I run," he said. 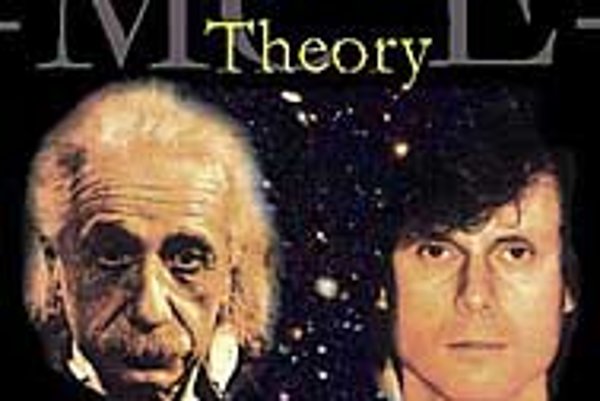 Font size:A-|A+  Comments disabled
KOŠICE - ALBERT Einstein was an extraordinary man. Arthur Bolstein, according to a former teacher, "is a madman".

But he may not be so mad after all. At least one thing is clear: while he is not (yet) in Einstein's league as a scientific mind, Arthur Bolstein is anything but ordinary.

Four days a week, the 36-year-old scientist and mathematician is up before dawn running 16 kilometres "through snow, rain, or whatever", capped with an early morning beer. "I do a lot of thinking when I run," he said.

One result of these runs is Bolstein's astonishing claim that Einstein's General Theory of Relativity is flawed. The previously accepted-as-law theory, says Bolstein, "is not logical".

"In terms of formula, the theory is sound, there are no mistakes. But Einstein's theory is not objectively logical," he said.

Bolstein presses the case in his new book "Ordinary Failure of an Extraordinary Theory". The book, he said, was written in the simplest of lay terms so that any reader, even those who know nothing at all about Einstein or his theories, could understand.

"Reporters like me because after speaking with me they understand something they didn't get before. You'll see, in 20 minutes you'll understand everything."

Unfortunately, this space does not allow for a full explanation of what it takes Bolstein an entire book to divulge. But in the crudest of lay terms, here is a summary of his argument:

Einstein said that physical objects would, relative to objects which they pass, shrink in size as they increased speed, diminishing eventually to nothing at all at the speed of light. (In Einstein's theory of 1 minus x squared over c squared, at the speed of light x and c each equal one, making the equation 1 minus 1 over 1, or zero.)

The problem arises when time is factored into the equation. Imagine the train car has a clock at each end, both set to the exact same time, with the first clock, above metre zero of the track, reading 2:00:00, and the second clock over metre three also reading 2:00:00.

To be objectively logical, as the train travels along the two clocks should show the same time as they pass external metre marks that are three metres apart. Thus, with both clocks showing 2:00:00 at metres zero and three, they should both display 2:00:14, for example, at metres 50 and 53.

But when the train shrinks relative to the track due to high speeds, as Einstein theorised, then the front clock starts to show a different reading than the back clock when it is over the relative metre three mark. The reason is that with the train car dramatically shortened, by the time the clock on the front of the car reaches the relative metre three, time has elapsed since the back clock hit relative metre zero, giving the clocks different readings and bringing relative time and space into conflict. In Einstein's theory, so to speak, A fails to presuppose D.

"The mathematical formulas he used equate properly," Bolstein said. "But they are objectively illogical."

Bolstein's challenge of the most renowned brain of modern times is being taken seriously by the international scientific world. He has been invited to speak in the US at the Symposium on New Theories about Space-Time, and also in St. Petersburg, Russia.

"My theory is now legitimately accepted by scientists around the world," Bolstein said.

Now that he has his foot in the door, he is not likely to be pushed out easily.

From an early age Bolstein displayed a keen interest in the sciences. He attended the technical university in Košice for two years, just so he could take physics and math, dropping out after the curriculum narrowed to training students to become electricians.

"I have always had an interest in equations, not just their answers, but how they were derived. It was not enough for me to say, 'OK this equation works like this'. I had to go back and dissect each section of the equation to explain why it was there and from where it was derived," he said.

This passion helped Bolstein score the highest marks among all students in his university courses. It also prompted agitated admiration from at least one teacher, Professor Ladislav Varga: "Leave me alone already!", Varga says he once told Bolstein after he insisted on finding the origins of each part of a complicated physics equation.

"He's a madman," the teacher said. "But that's exactly what it takes to work out physics."