FOLLOWING the first country-wide operation of its kind police say seven people have been charged in connection with alleged trafficking in women.
Raids were carried out on 613 brothels across the country in January in an operation involving more than 1,500 officers.
Police chiefs say this is the clearest warning yet to women-traffickers that their crimes will no longer be tolerated. 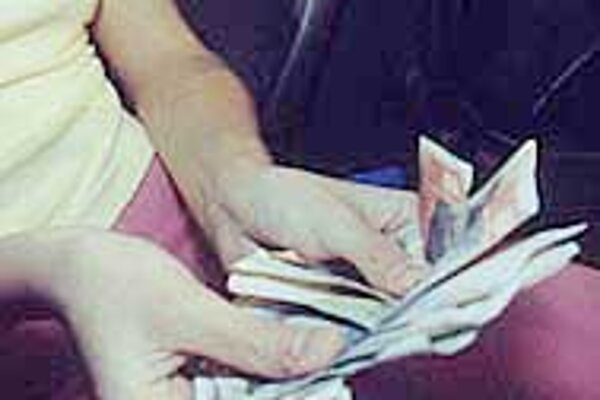 Font size:A-|A+  Comments disabled
FOLLOWING the first country-wide operation of its kind police say seven people have been charged in connection with alleged trafficking in women.

Raids were carried out on 613 brothels across the country in January in an operation involving more than 1,500 officers.

Police chiefs say this is the clearest warning yet to women-traffickers that their crimes will no longer be tolerated.

"The situation has become such in Slovakia that we wanted to get a clear map of trading in women and prostitution and these types of criminal activities," said Štefan Omasta, head of the violent crime department at the Police Presidium, a senior police body.

"This is a clear signal to these type of people. We have always carried out such operations, but they have been just individual ones in various regions before. This is the first that was carried out on a national basis," he added.

The seven charged are believed to have been managing two gangs responsible for large-scale trafficking in women through western European countries, as well as to and from Latin America.

Officers have already requested help from Interpol in identifying girls who have been forced to work as prostitutes in Spain, the Netherlands, Belgium and Switzerland.

Slovakia was as recently as last year pinpointed as a black spot for women-trafficking.

In its annual country report on states bidding for admission to the European Union last year, the European Commission said Slovakia was a country of transit and origin for women-trafficking, and the country's police were urged to deal with the problem.

Some human rights organisations say the police raids in January were only prompted by the EU's demands.

"There is now much stronger monitoring because of EU accession requirements. Police are being forced to monitor borders more closely," said Ingrid Baumanová, executive director of the Slovak Helsinki Committee, part of the International Helsinki Foundation.

However, police deny this and say that the EC has a poor understanding of the problem in Slovakia.

"The situation has been poorly explained. Slovakia is far and away a country of transit for trade in women and cases are relatively few," said Omasta.

Police say that on average they deal with between 10 and 20 cases connected with trafficking in women. In 2001 there were five cases. The figure in Vienna is just under 30.

But those numbers are thought to be just one tenth of the total number of actual cases of trafficking.

Independent monitoring bodies still, like the EU, view Slovakia as a problem state for the traffic in women and a hub of major trafficking routes from the east through Europe.

Studies in Slovakia carried out by the Friedrich Ebert Stiftung (FES) Foundation pinpoint gangs supplying women to be traded across Slovakia as consisting "characteristically of citizens from the former Yugoslavia, Germany, Russia, Ukraine, Albania, Italy and Poland".

Omasta confirmed that international gangs were transporting women across Slovakia.

"Trade in women is an organised crime and it always involves criminals from at least three or four countries. Last year, for example, we had a case where there were Czechs, Slovaks and Belgians involved," he said.

According to some independent bodies the prostitution underworld has thrived in Europe since the Iron Curtain fell in 1989. Each year, estimates the European Commission's European Forum for Urban Safety, 500,000 women from former communist states are trafficked as prostitutes into western Europe, drawing millions of dollars for the gangs behind the sales.

The UN estimates that human trafficking as a business generates gross earnings of $5-7 billion annually.

International organisations monitoring the trade, such as the United Nations, have identified differing trade routes for organised crime gangs transporting women into western Europe - including one running across the former eastern bloc from Russia and the Balkan states up to Slovakia.

Bratislava's proximity to Vienna, just 60 kilometres from the Slovak capital, is seen as a major draw for gangs trading women from the former eastern bloc into prostitution.

Vienna police say that between 50 and 60 per cent of the 3,000 prostitutes in the Austrian capital are from the former eastern bloc.

"Slovakia is an incredibly lucrative country for the transit of women," said Omasta.

Police have also been criticised in the past by human rights groups for not doing enough to counter trafficking of women.

However, Omasta said that police had information that "many women go into prostitution abroad voluntarily", a fact which represented a major obstacle for Slovak police in tracking down women who had been trafficked to other countries.

Although he said co-operation with other police forces was good, it was often difficult for forces to distinguish women who had been forced into prostitution from those who had started working as prostitutes voluntarily.

Women's rights groups say that the January raids and subsequent charges, though, are a major step forward from the police in bringing traffickers in Slovakia to justice.

"This news is absolutely great, extremely positive. The police must be congratulated on this. Their action can be seen as the first victory in the Slovak fight against trafficking in women," said Katarína Farkašová, head of the Slovak women's rights group Aliancia Žien.

The Helsinki Committee's Baumanová added: "Overall this is a very positive move by the police. They are carrying out much more monitoring than before. A few years ago it could probably even be said that this was tolerated.

"It took some time but the police have now not just admitted that the problem exists but put together a strategy to try and deal with it and eliminate this activity."

Police say similar operations may be carried out in the future.

"We'll examine the results of this operation and see what we need to do and whether we need to repeat the operation," he said.