Crown plummets 7% in one week

The Slovak crown fell dramatically in mid-May, plunging through support levels formerly seen as solid and setting one record low after another. In the full week between the opening of the market on Thursday, May 13 and its close on Wednesday, May 19, the crown fell by almost seven percent, bringing its slide to 14 percent since its high point against the euro early in February.
The National Bank of Slovakia and money market dealers explained that the currency's recent decline was driven by domestic client payments. But they added that the fact that the crown simply keeps dropping without reaching a steady level shows the decline is much more deeply rooted - in Slovakia's volatile political and economic environment. 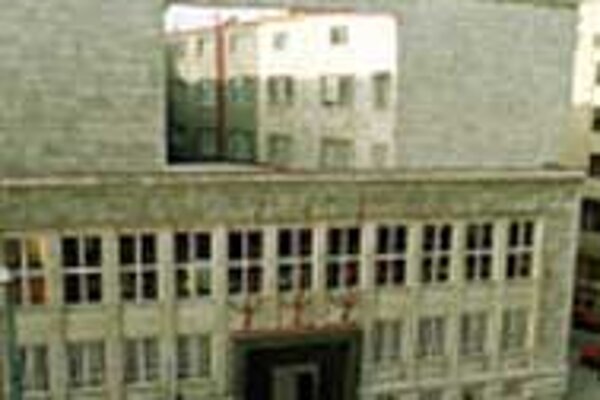 Font size:A-|A+  Comments disabled
The Slovak crown fell dramatically in mid-May, plunging through support levels formerly seen as solid and setting one record low after another. In the full week between the opening of the market on Thursday, May 13 and its close on Wednesday, May 19, the crown fell by almost seven percent, bringing its slide to 14 percent since its high point against the euro early in February.

The National Bank of Slovakia and money market dealers explained that the currency's recent decline was driven by domestic client payments. But they added that the fact that the crown simply keeps dropping without reaching a steady level shows the decline is much more deeply rooted - in Slovakia's volatile political and economic environment.

"The developments in the Slovak crown are a reflection of whether or not current macroeconomic problems are being solved," National Bank governor Vladimír Masár said to journalists in mid-May, repeating a view he has voiced repeatedly over the last few weeks.

"From the point of view of [macroeceonomic] fundamentals, the currency should continue to weaken," agreed Ján Tóth, a senior analyst at ING Barings investment bank. "Slovakia is experiencing a net outflow of reserves because the capital account surplus is not covering the current account deficit."

Corporate clients of Slovak banks buy dollars or euros to meet payments on loans denominated in foreign currencies, to buy inputs or simply to store value. However, unless foreign currency outflows are matched by inflows, a currency like Slovakia's with a floating exchange rate regime will weaken to compensate.

The Slovak foreign exchange market has suffered from severe liquidity shortages recently, and monthly trading volumes have been steadily dropping. In March, the latest month for which data are available, the overall volume of trading on the foreign exchange market reached only about $2.6 billion, almost 40% below the level last December.

In such an illiquid market, dealers said, a single trade can swing the exchange rate wildly, while a single trade in the opposite direction should do the reverse. The fact that these reversals are so few shows that problems exist at a more fundamental level.

"The big question now is whether Slovakia will be able to attract 'hot money' [short-term, speculative capital] on the country's interest rate differential," said Tóth, adding that his recent meetings with foreign investors "lead me increasingly to suspect that this won't happen." Presidential elections and unresolved macroeconomic problems, he said, have produced "a very volatile situation."

The NBS has been waving a red flag for over a month, reiterating thinly-veiled warnings that it saw no cause for optimism in developments in the public sector deficit and the trade balance.

While the government has frequently mentioned its determination to meet its budget deficit targets, the realm of public finances is in fact far greater than the government can control. The state budget represents only a portion of all budgets in the fiscal sector, budgets whose deficits clearly affect Slovakia's fiscal health. The NBS has set a two percent fiscal deficit target in its monetary program for 1999, but Deputy Prime Minister for Economy Ivan Mikloš has said the deficit is likely to reach three percent.

On May 17, Finance Minister Brigita Schmögnerová did the equivalent of throwing her hands up in the air, telling a news conference that her ministry simply lacked the tools to control most of these other public sector budgets. She offered no solution as to how to find these tools.

The government's inability to rein in public sector spending has put strong downward pressure on the crown. Since public spending figures into domestic demand and thus demand for imports, the trade balance has not evolved favorably in 1999. The trade balance deficit in January represented just under a half of that in the same period last year, thanks mainly to the fact that depreciation expectations led people and companies to buy ahead late in 1998. But by March, the trade balance deficit was already almost three quarters of that in March 1998.

Outflows of foreign currency through exports exceeding imports can be compensated for by inflows of direct investment into Slovak companies and portfolio investment into the capital market. Money can also flow in as foreign loans to Slovak entities.

Given Slovakia's moribund stock market, portfolio investment has been close to nil. Other forms of investment and lending have dried up with the entry of former Prime Minister Vladimír Mečiar into the presidential race, the final round of which is set for May 29.

Although most political experts are convinced that Mečiar stands no chance of winning the presidency, foreign investors are not ready to take the risk. They see him as a major threat to Slovakia's European Union accession efforts, so crucial to economic recovery.

"They [investors] know Mr. Mečiar very well," said Martin Kábat, an analyst with brokerage house Slávia Capital. "Many of our foreign clients are either holding or withdrawing from their positions until the results of the elections are known."

The Slovak government's unwillingness to take the tough measures that the markets, the central bank and foreign investors are calling for is another factor in the crown's fall

"The speed of reforms is below expectations and below the needs of the economy," said Ivan Chodák, an analyst with CA IB Securities. "The problem is that now, with the budgetary year almost half over, any reforms that are implemented will have only half of their possible effects."

Last week's precipitous decline, however, may at last have spurred the government into action. On May 17, Schmögnerová urged the central bank to intervene directly to protect the currency rather than rely simply on interest rate manipulation. "In spite of negotiations with the Finance Ministry, the NBS insists on not using its foreign exchange reserves to support the crown," she complained.

Following Schmögnerová's criticism, the NBS tried twice to support the currency directly, and failed on both occasions. Interventions and attempts to talk up the crown on May 17 and May 19 did little to stop the currency's slide. On both of these days, the crown's rapid decline forced the bank to feed foreign currency into the hungry market. The more than 40 million euros the NBS spent to defend the crown were gobbled up in a flash, with the crown continuing to drop only minutes or hours later.

"If it [direct intervention] hasn't helped so far, it's not likely to help in the future," said Chodák. "At the moment, speculators are winning the game against the NBS."

Moreover, the NBS's foreign currency reserves, currently at $2.76 billion, do not meet the internationally accepted safe level, equal to three months of imports, so drawing them down further may be dangerous. "The NBS just doesn't have the money to keep intervening. they don't want to open themselves up," said Kábat.

The currency crisis prompted a meeting between ruling coalition parties and central bank representatives on May 18. A joint statement, bearing the signatures of all four coalition party chairmen, was issued on May 19. "All parties of the governing coalition will unanimously support measures to stabilize the economy and strengthen the currency," the communiqué read. Later in the day, Prime Minister Mikuláš Dzurinda went as far as to pledge measures "within a few days," adding that he wanted to see the crown back at 40 to the dollar.

But on May 20, the market opened at over 47.6 to the euro, and one Bratislava money market dealer who asked not to be named said London banks had quoted the crown at over 48 to the euro overnight. "I have never seen the market so destroyed," the dealer said. "Only a few banks are quoting, and the ranges are very wide. Nothing has changed regarding the economic fundamentals driving the crown downwards. The government simply has to do something concrete."

Dealers now generally agree that whatever support levels used to exist for the crown have been swept away. In other words, there are no particular levels at which foreign banks would be interested in buying crowns and reversing, or at least slowing, the weakening of the currency.