Telecom sale key to future of both Slovakia and ST

If everything goes according to the government's plans, the state-run telecom monopoly Slovenské Telekomunikácie (ST) will be privatised by the end of this year, bringing foreign capital and know-how to a cash-strapped, technologically deficient firm. The fact that ST's monopoly ends in 2003, at which time international competition can enter the market, has created added incentive for wedding ST to a rich and high-tech foreign partner, for analysts agree that ST will not survive international competition alone. 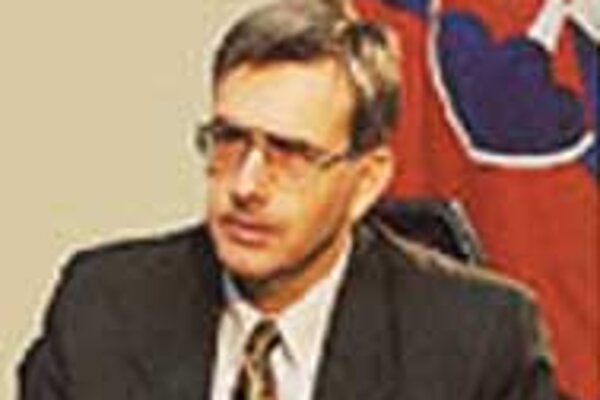 Font size:A-|A+  Comments disabled
If everything goes according to the government's plans, the state-run telecom monopoly Slovenské Telekomunikácie (ST) will be privatised by the end of this year, bringing foreign capital and know-how to a cash-strapped, technologically deficient firm. The fact that ST's monopoly ends in 2003, at which time international competition can enter the market, has created added incentive for wedding ST to a rich and high-tech foreign partner, for analysts agree that ST will not survive international competition alone.

Telecom Minister Gabriel Palacka said that the sale of ST had been conceived "to allow the entry of foreign capital, know-how and the technologies of an experienced telecom operator to advance ST to a higher technological level." Palacka said the government was looking for "a private investor who will be strong and experienced enough to advance ST's system to a level where it will be able to keep pace with developments in this dynamic sector."

But Pavol Bojňanský, product and services manager for ST, said that his firm was not so much behind in its technological development as lacking funds to continue modernising. All that ST needed, he said, was enough money to complete its planned transformation.

"For the last two years we've upgraded and improved our services without the money we were budgeted to receive from foreign capital," he said. "We managed to upgrade without this money, but now I think that 1999 will be the last year we can do that, for lack of funds."

Bojňanský said that for two years, his firm had been upgrading its systems alone in preparation for market competition in 2003. The Telecom Ministry had first announced plans to privatise ST in 1997, he said, and each year since then, ST had drawn up its financial plans under the premise that foreign capital would be a source of revenue. Due to a lack of political will, however, the sale never went through.

Despite the financial hardship, Bojňanský said, ST had been busily upgrading through a series of 'Telecom Projects.' Each project, he said, aimed to increase the number of telephone lines per business and per inhabitant in Slovakia, as well as to decrease waiting lists for installation, increase digitalisation of lines and decrease faulty connections, and to add many kilometers of fibre optics cables.

Telecom Project #2, Bojňanský said, was completed this spring even without the resources of the promised foreign investor. But Project #3, he said, which would fully modernise ST up to the 2003 monopoly expiration date, could not be accomplished without foreign capital.

Bojňanský stressed that it was money, not technology, that ST needed. International technical know-how, he added, might be wasted on the Slovak market, since Slovaks will not need, desire or be able to afford many of the services offered in western countries.

"The investor must understand the Slovak market," he said. "There are large segments of the population that will only buy cheap products, who think that quality doesn't matter. Some of the services are very useful, but only a small segment of the market will be able to afford them."

This view drew immediate reactions from both domestic and international telecom analysts. Are Mathisen, the managing director of Norwegian telecom firm Telenor International, said that if Bojňanský's views represented official ST thinking, the firm should re-examine its philosophy. Slovakia's would become an international market overnight, Mathisen said: "Without the new technologies, ST will be behind other countries. This would be dangerous because they must be prepared for international competition."

Boris Kostík, an analyst who follows ST for brokerage house Slávia Capital, also found fault with Bojňanský's reasoning. According to Kostík, the advancement of telecom technologies is a global trend that will transform the Slovak market as much as it has any other. "ST must understand that they will be on an international market," he said, explaining that no one country or firm could resist global trends. "They [ST] cannot dictate to the market," he said.

Mathisen agreed, saying that markets cannot be shielded from the globalisation of the industry. "Markets can no longer be isolated," he said. "These days, you see lots of bigger consortiums, and international partners are totally necessary."

For his part, Bojňanský admitted that ST would welcome some know-how, but not of the technologocal variety. "We'll need help finishing our internal information systems," he said. "They can also help us with our organisational structure."

Mathisen cited another weakness that should be addressed by any foreign investor in ST. "ST can benefit not only from technical know-how, but also in terms of international relationships," he said.

Bojňanský added that privatisation carried one major disadvantage for the consumer - higher prices. In the Czech Republic, he said, telecom privatisation had resulted in higher prices and customer dissatisfaction. "I hope it won't be like in the Czech Republic here," he said. "But if you compare our prices to their prices, we are very low - and it looks like this will have to change."