Members of cabinet are still split over how - or if - to sell the troubled gas storage company Nafta Gbely to a foreign investor. But as the dispute drags on, analysts are warning that the government's indecision may drive interested foreign investors away and damage Slovakia's image.
The government announced after its election victory last September that it would move ahead quickly with revising suspicious sales of state companies like Nafta Gbely to investors close to the former government of Prime Minister Vladimír Mečiar. One of the prime targets of this policy was Nafta, in which a 45.9% stake was sold in 1995 to entrepreneur Vladimír Poór for a little under one-sixth of its market value at the time. 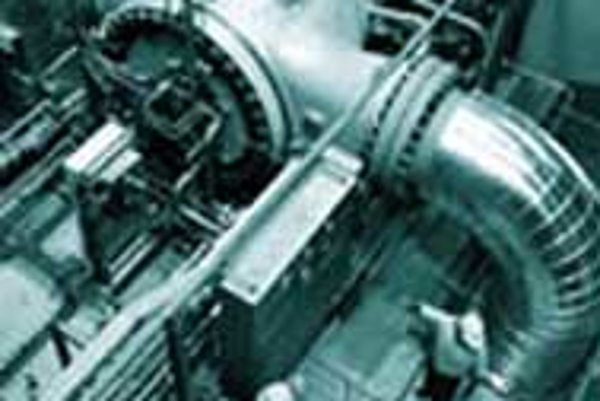 Font size:A-|A+  Comments disabled
Members of cabinet are still split over how - or if - to sell the troubled gas storage company Nafta Gbely to a foreign investor. But as the dispute drags on, analysts are warning that the government's indecision may drive interested foreign investors away and damage Slovakia's image.

The government announced after its election victory last September that it would move ahead quickly with revising suspicious sales of state companies like Nafta Gbely to investors close to the former government of Prime Minister Vladimír Mečiar. One of the prime targets of this policy was Nafta, in which a 45.9% stake was sold in 1995 to entrepreneur Vladimír Poór for a little under one-sixth of its market value at the time.

On February 25 this year, Poór offered to sell his Nafta stake back to the FNM national privatisation agency. The FNM said on March 17 it had accepted the idea but refused to pay Poór as much as he had asked. Finance Minister Brigita Schmögnerová explained that the government's intention was to sell Nafta directly from the FNM to a foreign investor.

On May 2, however, Economy Minister Ľudovít Černák announced that some cabinet members had agreed to create a joint stock company between the FNM and the nation's gas utility, Slovenský Plynárenský Priemysel (SPP), to concentrate Nafta ownership under this new firm and then sell off a minority share to a foreign investor after Nafta had been restructured.

The three month waiting period, and the strategy flip-flops, have angered investors. Jozef Gašparík, an analyst with J&T Financial Group, said that some of the major bidders for Nafta, including the French Gaz de France, TransCanada International (TCI), the American Epron and Synergy firms, were growing impatient with the lack of transparency in the disposal of Nafta.

"Those investors who have been involved in negotiations can see that there are other interests involved, and this may have made them angry," he said. "On the other hand, it's logical that a state monopoly gas distributor [SPP] is eager to acquire Nafta's gas storage facilities for itself."

Ivan Chodák, an analyst with CA IB Securities in Bratislava, said he sympathised with the frustrations of investors. "The amount of time that the government has taken to prepare the Nafta sale is not good for the company," Chodák said. "The Nafta question has also not been as transparent as investors would like to see. There have been too many solutions which have changed too fast, and no solution, especially the two latter ones, has been laid out in enough detail for the public."

At a press conference following the cabinet's May 12 session, Economy Minister Černák said that while the government was eager to attract foreign investors to the Slovak gas market, it was also crucial for the state to retain control over companies like Nafta and SPP, which were of such strategic importance to the economy as a whole. The joint venture between SPP and the FNM, he said, represented a just compromise.

"A solution is emerging that is acceptable for the strategic interests of the state and stimulating for foreign investors wanting to enter the gas industry in Slovakia," he said.

Tibor Repta, SPP spokesman, said that restoring Nafta to SPP, its original owner, would be a natural step. Nafta's underground gas storage facilities were separated from the SPP in the early 1990's by a decision of the federal government of former Czechoslovakia.

Currently, Repta said, SPP must pay 1.2 billion Slovak crowns a year to Nafta to store its gas, which is not an optimal situation for the state-owned utility. Analysts estimate that the SPP payments make up 95% of Nafta's revenues.

Černák added that the new plan to put Nafta under SPP's control would not only allow the state company to cut its expenses, it would add to the overall value of the new enterprise. "If extensive storage capacities were available to the company providing gas transport, the value of the gas industry in Slovakia could double," Černák stressed, adding that this added value would increase the revenues generated by the eventual sale of a stake in the joint venture to a foreign investor.

For various reasons, however, Černák's plan for Nafta has not won the support of other powerful cabinet ministers such as Deputy Prime Minister Ivan Mikloš and Finance Minister Schmögnerová, both of whom say that only a direct and immediate sale of a stake in Nafta to a foreign investor would secure the resources needed to pay Nafta's 2.7 billion crown debt.

"Nafta desperately needs 4 billion crowns by the end of the year," Schmögnerová claimed at an April 30 press conference, adding that Černák's joint venture option would not help Nafta financially. "I don't know where SPP would get these funds when they themselves have problems with financing their current cash operations," she remarked.

In response to Schmögnerová's doubts, Černák explained that SPP would provide for Nafta by selling off its stakes in its Czech sister company SPP Bohemia, as well as in the mobile phone network operator Globtel GSM.

Foreign investors, for their part, have been following the Nafta dispute closely. TCI, which with Gaz de France is one of the two top Nafta suitors, in the judgement of J&T's Gašparík, proposed a scheme for immediate investment into Nafta on two occasions, in March and in April, neither of which was accepted by the government. According to David Byers, TCI's European Division President, the company's offer envisaged creating a new joint venture in partnership with SPP to operate the country's gas storage facilities.

TCI is a wholly owned subsidiary of Trans Canada Pipelines, second in the world only to the Russian Gazprom as a gas pipeline company. TCI's assets stand at $15 billion.

French state monopoly Gaz de France, in the words of French Foreign Trade Minister Jacques Dondoux, also has an "eager interest" in acquiring Nafta. During his meeting with Schmögnerová and other Slovak cabinet ministers during their May 4-5 visit to Paris, Dondoux said that Gaz de France was ready to invest up to 4 billion crowns into Nafta.

Černák, after returning from Paris, confirmed the French interest in investing in Nafta even as a minority owner. "The French," he enthused, "even understand our desire to settle the situation around Nafta at home first, and to have SPP as the majority shareholder."

Gaz de France representatives refused to comment on the Nafta situation for The Slovak Spectator. A source close to the Slovak government, however, said that in making the decision between Gaz de France and TCI, the government may be guided by other than business interests. "The deal has become a purely political matter," the government source said, without enlarging further.

John Stuermer, associate director of Global High Yield Research at Bear Stearns, said that foreign investors were dismayed to see so much internal government dissent over privatisation decisions. "Slovakia's government is deader than a doornail if they can't get their act together," Stuermer warned, "because foreign direct investment is the saviour [to the economy]."

Stuermer suggested that the government should appoint a specific minister for privatisation who would supervise investment decisions and who would bring closer scrutiny to privatisation sales. "Until this happens, we will see problems that appeared in the old days [under the Mečiar government] like non-transparency, jerking around and so on," he said.

But another analyst said that the confusion over Nafta was par for the course in transitional economies like Slovakia's, adding that foreign investors probably had more patience than critics of Slovakia gave them credit for.

"I think people [investors] are used to some form of meddling from government," Matthew Vogel, senior economist for emerging markets at Merrill Lynch in London, told The Slovak Spectator. "Investors are still more concerned with the establishment of political stability under the new government, and I think they just want to see this process through."