In early 1999, a complaint was filed with the Bratislava police which charged a man was driving around the city "trouser-less." According to the police, as the offender piloted his car around town, he shouted for women to look at him, and invited them into his car to give them a lift. While doing this, he masturbated.
According to the head of the investigation department of the Bratislava police, the incident is the only one of its kind to take place so far in 1999. But social scientists said the frequency of such acts is actually increasing, and blame the low police figure on the failure of women to report such crimes. Stories from numerous Slovak women also seem to indicate that sexual crimes such as exposure, frotteurism, obscene telephone calls and public masturbation are happening more often and in a more brazen manner, even if the police have no record of their occurrence. 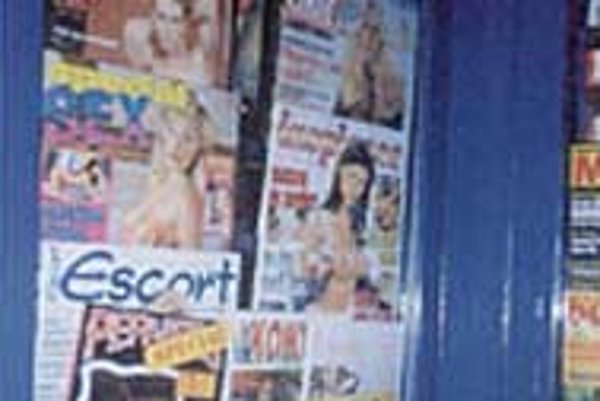 Font size:A-|A+0
In early 1999, a complaint was filed with the Bratislava police which charged a man was driving around the city "trouser-less." According to the police, as the offender piloted his car around town, he shouted for women to look at him, and invited them into his car to give them a lift. While doing this, he masturbated.

Though Slovak law provides for up to a three-year prison sentence for repeat committers of lewd acts, no arrests have been made in Bratislava for perverse behaviour for at least the past two years, police said. The lack of arrests and prosecutions has shaken the confidence of some women in the police, many of whom told The Slovak Spectator they take no action because they feel the police will not care about their cases.

In a recent interview, she cited a lack of confidence in the police's ability and desire to apprehend the culprits as the reason she did not report the incident.

"I don't think that the police would do anything about it," she said.

The head of the Bratislava police investigation department, who spoke to The Slovak Spectator on the condition that his name would be withheld, said that only two cases violating paragraph 202 of the Law on Public Order, which covers sexual exhibitionism, have been reported in Bratislava since the beginning of 1998. As a result, he said, the police department did not consider the issue a major problem.

"The rate of these kinds of crime peaked in 1991," he said. "But since then, the numbers have steadily been decreasing to the point where last year we saw only one complaint filed and only one being filed so far this year."

Despite the low police statistics, two social scientists reported that their discussions with Slovak women indicate that the problem is getting worse. Psychiatrist Viera Barta, who was born, raised and educated in Slovakia but who now practices privately in London, Ontario, said that abnormal levels of lewd behaviour were not uncommon in countries like Slovakia undergoing rapid, dramatic changes.

In the past 10 years, she explained, the people of Slovakia have had to deal with tumultuous political and social changes as the country has moved from communism to democracy. Coupled with the current economic crisis, these sweeping changes have had a great psychological effect on Slovak citizens.

"People act out in times of economic and social crisis," she said. "This is certainly to be expected."

Gabriela Lubelcová, a professor of sociology at Comenius University in Bratislava, agreed with Barta, saying that the rise that she had noticed in sexually deviant behaviour was the result of the current state of affairs in the country. "The rate of these types of acts are increasing," she said. "One reason why is that, in general, Slovakia is currently experiencing a very stressful time."

When she was confronted by the exhibitionist on the train platform five years ago, Kŕižová remembered another incident which took place when she was a ten-year-old girl in her home town of Partizánske. At that time, she had been walking to the nearby Nitrica River with a group of friends whose names she no longer remembers.

"There was a man who was about 35-years-old sitting on the bank," she said. "As we approached, he opened his pants and exposed himself to us. Then he said, 'Little girls, do you want some?'"

Ivana Holincová from Nitrianske Sučany said that she witnessed an act of frotteurism [the practice of rubbing against another person in a crowd to obtain sexual gratification] last year on a Bratislava bus. "An old man was pushing up against a girl, rubbing against her. He was obviously aroused and he was breathing very hard. Finally, when nobody else said anything to the man, she told him to stop - but he didn't respond and he wouldn't stop."

Another woman, who asked that her name not be used, said she had been flashed three times in the last month in broad daylight in Bratislava. On each occasion, she said, other people had been standing nearby, but had done nothing. "I feel like I'm becoming a professional at being flashed," she said. "It's getting ridiculous."

The tendency of women not to report such crimes, psychiatrist Barta said, was not likely to change and should not be surprising. "Women rarely report these occurrences because they feel humiliated, embarrassed, degraded, and they just want to forget about it," she said. "Also, it doesn't help that police officials tend to be predominantly male."

While they admitted they didn't file police reports, both Holincová and Kŕižová said they wished the police would be more pro-active about pursuing the problem. Currently, for example, there is no police task force designed to deal with such sex offenders and no public information campaign telling women that they should report such crimes.

When asked why the police were operating under the premise that public lewdness was not increasing, the head of Bratislava investigations referred to the low number of filed complaints.

"If they don't report it, we have no reason to investigate," he said. "We could organise some sort of task force to fight the problem, but first we have to have a recorded problem."

But this positive view of the role of pornography was quickly dismissed by Barta, who said that instead of creating a release for potential offenders, pornography tended to have the opposite effect by stimulating otherwise latent feelings. In a country which had recently emerged from a communist past in which pornography was illegal, she said, the current wave of hard-core pornography was especially dangerous.

"It's important to remember that pornography is simply another form of oppression," she said. "Anyone who had been harbouring and suppressing subconscious feelings of perversity would fantasise about, feel invited and compelled to act on these impulses in public if they found themselves in a society that seemed to be inviting such behaviour."

Lubelcová also was quick to dispute the claim of the head police investigator, saying "the introduction of western pornography excites rather than satisfies."

Rapid social, economic and political change mixed with greater access to lewd sexual materials, both Barta and Lubelcová agreed, had created an environment that encouraged expressions of public lewdness.

"During communism, people had certain expectations imposed upon them of how they should act," Barta said, adding that these expectations have now been erased. "Do you know how many unstable people there are in Slovakia right now? With no money, no direction? And now they are being exposed to all this pornography."