Slovnaft set to take off despite bad '98 results

Oil refiner Slovnaft had a disappointing year in 1998 - revenues fell over 25% from 1997, while after-tax profits plunged from 1.8 billion Slovak crowns ($43 million) the year before to 11 million crowns ($262,000) last year. Despite these depressing results, however, the firm's top executive is confident that 1999 will see a return to form.
Speaking at a March 29 press conference, Slovnaft boss Slavomír Hatina said that his firm was on its way to becoming one of the top refineries in Europe in the near future. The keys to success, he argued, were securing a foreign strategic partner, completing a new project to raise gasoline production by 60%, applying cost-cutting measures, and closing the book on the company's controversial privatisation deals in 1995 and 1997. 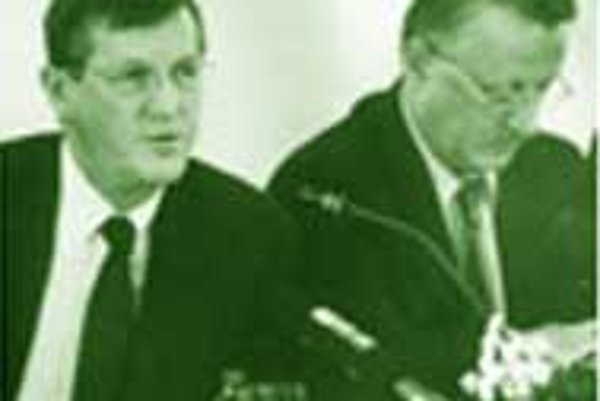 Font size:A-|A+0
Oil refiner Slovnaft had a disappointing year in 1998 - revenues fell over 25% from 1997, while after-tax profits plunged from 1.8 billion Slovak crowns ($43 million) the year before to 11 million crowns ($262,000) last year. Despite these depressing results, however, the firm's top executive is confident that 1999 will see a return to form.

Speaking at a March 29 press conference, Slovnaft boss Slavomír Hatina said that his firm was on its way to becoming one of the top refineries in Europe in the near future. The keys to success, he argued, were securing a foreign strategic partner, completing a new project to raise gasoline production by 60%, applying cost-cutting measures, and closing the book on the company's controversial privatisation deals in 1995 and 1997.

Hatina is not alone in believing that Slovnaft remains one of the jewels of the Slovak economy - equity analysts also say that the firm's poor 1998 results do not reflect the overall positive trend of development at the refinery.

"The future of this company is really bright," said Martin Barto, director of the strategy division at state bank Slovenská Sporiteľňa (SLSP). Barto, a former senior analyst at Dutch bank ING Barings, added that the entry of a strategic partner could only improve Slovnaft's already solid position on the central European market.

At the March 29 press conference, Slovnaft brass presented an unaudited report on the firm's 1998 economic performance, showing before-tax profits of 909.6 million crowns ($22.2 million), less than a quarter of what they had been a year before (see chart, page 3).

Slovnaft's Hatina said the company's 1998 profits had been adversely affected by falling crude oil prices and the de facto devaluation of the Slovak crown last October.

"Because of this devaluation wave in the last quarter of 1998, we had to create provisions in the amount of 1.6 billion crowns," said Hatina. Other factors behind the fall in profits, he said, included lower customer demand for fuels and the worsening payment discipline of domestic and foreign clients.

Martin Kabát, an analyst with Slávia Capital brokers, confirmed that Slovakia's weakening currency had affected Slovnaft's results. The refinery buys crude oil from Russia and pays in dollars, he explained; the decision of the National Bank of Slovakia to abolish its fixed regime for the crown in October, 1998 had allowed the dollar to strengthen against the Slovak currency from 35.15 crowns to the dollar last September to current levels of 41.7 SKK-USD, making oil imports more expensive as a result. "The Slovak crown has devalued more than 22% since last October, which has affected Slovnaft in a negative way," Kabát said.

Given that the drop of profits did not reflect poor company fundamentals, Hatina argued, Slovnaft had every reason to be ebullient about its 1999 prospects.

Hatina said one of the firm's main objectives for this year was to bring a new technology project known as "Environmental Fuel Project Apollo" (EFPA) on stream, thereby increasing gasoline production at the refinery by 60%. "By launching this project, our refinery will take its place among the best in Europe," he said.

The success of EFPA, however, is still secondary to the project of finding a strategic partner. Hatina said that Slovnaft had hired the investment bank Salomon Smith Barney (SSB) to help the refinery find an investor.

SSB representative Todd Berman told journalists that Slovnaft was a strong and very attractive company, and said Salomon Smith expected it to arouse the interest of international oil companies.

"I don't want to comment on the specific criteria that we will use in advising the management of Slovnaft in the process [of finding a strategic partner], but I would like to emphasise that the partnership will only be acceptable to the extent that it makes absolute sense for Slovnaft, its employees and its shareholders," stressed Berman.

Hatina said that Slovnaft had decided to seek a partner in order to be able to survive on international markets. "The main reason is to acquire new know-how from the possible strategic partner, since the trend towards globalisation in our industry is accelerating rapidly," he said.

SSB's Berman said that any foreign partner would enter Slovnaft through the issue and sale of new equity. However, he declined to specify how large a stake in Slovnaft an investor might acquire.

"The percentage of ownership that will be allocated to a strategic partner... will be a question of very detailed negotiations with the most serious of potential partners," he said, adding that the size of the stake would be determined not only by existing shareholder agreements at Slovnaft, but also by any transfers of technology and skills from the foreign investor, as well as the size of the foreign trade network the investor might offer.

Hatina himself said that Slovintegra, the company which currently holds 53.7% of Slovnaft shares, will not insist on keeping a majority after the entry of an investor. "That basically means that Slovnaft counts on giving a majority to the new partner," explained SLSP's Barto.

As bright as the future looks for Slovnaft, the refinery continues to be dogged by two privatisation deals that severely harmed its reputation among investors.

Slovintegra, a joint-stock company owned by 19 top Slovnaft managers, bought its 53.7% stake in Slovnaft for about one sixth of its market value in two deals in 1995 and 1997. Shortly before the 1995 sale, however, the European Bank for Reconstruction and Development had bought a 10.5% share in Slovnaft at face value.

Angered by the disparity in sale prices, the EBRD demanded that the National Property Fund (FNM) buy back the 10.5% stake, a request that EBRD First Vice President Charles Frank repeated on March 22 of this year.

Hatina said that the FNM had agreed not to revise the sale of the stakes to Slovintegra, in exchange for Slovintegra's returning 10% of Slovnaft to state hands or paying a cash penalty equivalent to the value of the 10% stake. However, he didn't specify whether the money or shares would be used to compensate the EBRD, saying only that he expected the EBRD to welcome the refinery's strategic partnership plans.

The SLSP's Barto, for his part, didn't see why old privatisation issues should be a problem for a new investor. "I'm sure the management will have everything clarified by the time concrete negotiations begin," he said.

Hatina added that no one had ever doubted the quality of management provided by Slovintegra, which from 1995 until the present has managed to secure 25 billion crowns in investments for Slovnaft, as well as to shed an ecological debt of 5.3 billion crowns.