At 32 years of age, Jirko Malchárek is one of the youngest members of parliament in Slovakia. And as a race car driver in the Porsche super car series, one level below Formula 1, he is certainly one of the most unusual.
Malchárek is a deputy for the Party of Civic Reconciliation, having being elected to parliament in September, 1998 national elections. He also has an automobile show on the private station TV Markíza, in which he gives basic driving tips to viewers.
The Slovak Spectator caught up with Malchárek in the corridors of parliament on March 30. 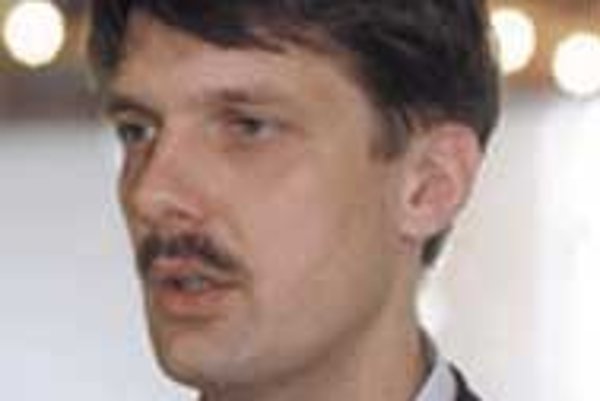 Font size:A-|A+  Comments disabled
At 32 years of age, Jirko Malchárek is one of the youngest members of parliament in Slovakia. And as a race car driver in the Porsche super car series, one level below Formula 1, he is certainly one of the most unusual.

Malchárek is a deputy for the Party of Civic Reconciliation, having being elected to parliament in September, 1998 national elections. He also has an automobile show on the private station TV Markíza, in which he gives basic driving tips to viewers.

The Slovak Spectator caught up with Malchárek in the corridors of parliament on March 30.

The Slovak Spectator (TSS): You are known both domestically and abroad as a car enthusiast. What marked the beginning of your love affair with automobiles?

Jirko Malchárek (JM): Well, I think that all small boys like to play with cars. My father was very understanding about my car affection and when I was twelve-years-old, he allowed me to drive. I realised that my hobby could turn out to be something significant when I was thirteen, although at that time it was only a dream. When I was fifteen I had my first significant car crash, but that did not seem to hamper my ambitions.

TSS: How did you become involved in auto-racing?

JM: First of all, I wanted to breathe in the 'race car atmosphere.' When I was thirteen, I first went to the races as a mechanic with one of the drivers, which I thought was the right way to start. Then when I was about seventeen or eighteen I discovered that merely breathing in the atmosphere was not enough for me - I wanted more.

I understood that I would have to dedicate a lot of time and effort to management. Car racing is heavily involved with the advertising business, and I had to create conditions where I would be able to drive in all the races so I could have a successful start. So, I ended my career as a mechanic and started to use my contacts, which got me into a racing school in Most [Czech Republic]. In Most, I found myself with many active drivers, young and ambitious people who wanted to be successful in the racing world. I was the school's top graduate, which helped me open doors into the real world of racing.

That's when I met Anton Charous, who became my co-driver. He shared some of his techniques with me and offered advice. Soon we were driving in the Czech Republic championships, and then I won the German Ford Fiesta Cup about five or six years ago. I won that series again some three years later against 100 other drivers.

After that, I entered higher categories, driving in the BMW, BMW M3 and BMW Cup. I almost always finished first or second in these races. Then I took part in the Hungarian Time Mozad motor sport race, in the car that Michael Schumacher drove before he entered Formula 1. With that car I managed to break all the records there, and I won all the races I entered in central Europe. With this success, I was able to enter the Porsche Super Cup, the top European category, where I still race today.

TSS: Now you host your own car show on TV Markíza. How did you become involved in television?

JM: For several years now I have been trying to create a programme which would be comparable to programmes on [Austrian channel] VOX TV, for example. I want the show to be interesting and didactic for drivers. The proper driving atmosphere still doesn't exist in Slovakia. Car racing has to be presented through culture rather than sport. So I tried to create a programme that would promote the car world, but not even Markíza thought that modern Slovak viewers would want to follow such a technical and specific programme, so they melded their ideas with mine. Now we have famous people on the show, which makes it watchable for the masses. This is good because viewers can learn something useful and enjoy the show at the same time.

In some cases I have had to simulate the situations that were discussed and treated on the show, but usually the reactions are real - examples of what could happen to people when driving on difficult surfaces.

TSS: For the average Slovak citizen, who makes around $250 a month, what car would you recommend as being the best buy on the market today?

JM: Definitely a Škoda. Of course, I own a Skoda dealership, but that is not the reason I believe they are the best buys on the market. My father drives a Škoda, my wife drives a Felicia [Skoda model] - I cannot think of any other car which is so easy to maintain while retaining such a high level of quality which is above standard for Slovaks. The numbers speak for themselves [In 1998, Skoda sold over 32,000 cars for a market share of 42%]. I myself drive a Škoda. Of course, I also drive other cars, but that is demanded by the obligations I have with other car producers.

TSS: For people for whom money is no object, which car would you recommend as the best buy on the market today?

JM: [Besides my Škoda] I drive a Mercedes-Benz CLK 230 compressor, a big coupe.

Everyone has his or her personal taste in cars, but I can honestly say that I already have the car that I would choose if money were no object. I cannot imagine selecting any other car but the Mercedes-Benz that I now own.

I know cars like Lamborgini and Ferrari, I know what they are like but I really do not desire that kind of car. I think they are more for the image and I expect my car to be comfortable with a sporty look and enough space for children and luggage. I expect nothing less from my car.

TSS: What is your opinion of drivers in Slovakia? Have you had any interesting driving experiences on Slovak roads?

JM: I don't think that Slovak drivers are very different from any other drivers. If there is a difference, maybe they lack a willingness to help [stranded drivers] or tolerate slower cars. Perhaps the reason why is because we live in a country which is not yet stable. So, yeah, perhaps the tolerance drivers commonly exhibit in western Europe is lacking here

But this is not uncommon. Every country has its particular characteristics. For example, in Poland it is normal to retreat onto the shoulder when a faster car approaches and let it go by. Nobody is stressed about it, it's rather common there. But here in Slovakia, this sort of tolerance does not exist. Instead, people make problems out of the pettiest of things.

TSS: During socialism there were few cars in Slovakia. Since the Velvet Revolution, however, there has been a huge influx of cars into the country. How has Slovakia handled this influx of cars?

JM: Well, first I'd like to say that the problem of handling increased traffic exists in all countries, especially in Europe. Having said that, I believe that our traffic is not as heavy as it is in other big European cities. Regardless of whether you are in Bratislava, Munich or Stuttgart, and regardless of how many lanes there are on the highway, the possibility of ending up in a traffic jam is very high. Compared to our neighbours, however, I think we have handled the situation fairly well.

Look at Slovakia's neighbours. We cannot really compare our situation to Hungary's because their road systems are quite simple and easily managed. It is relatively easy to drive in Hungary.

But if you compare Slovakia to the situation in Poland, you'll see that we have a much better system than the Polish do because, as far as I know, they still don't have a single kilometre of real freeway. It seems they have forgotten to follow the development that we are witnessing in Slovakia right now.

TSS: Do you have any ideas for traffic solutions in Slovakia, particularly in Bratislava where traffic jams are the most prevalent?

JM: Bratislava undoubtedly has traffic problems, but again I must say that I do not think that the problem is any bigger here than it is in other European countries. Naturally, Bratislava is not New York, but it is still the capital city and the largest city in Slovakia. So, we have parking problems, we have some traffic problems.

Many new projects have been considered for Bratislava that could help alleviate the problems. For example, the planned roundabout at the Mladež Bridge near the Zoo, the planned project of creating a Bratislava underground metro and so on. These projects are not just on paper - many have already begun.

I think that Bratislava's priority should be to find a transport solution for Petržalka. Many people [from Petržalka] work in the city centre or go to work via the centre and traffic should be adjusted to accommodate them. A traffic-relief plan for the centre is needed and perhaps a more civilised form of mass transportation would help. If possible, I'd like to eliminate all traffic from the city centre, which would not be a precedent in Europe - non-driving areas are common in European capitals, and Bratislava deserves this privilege as well.

TSS: As more new cars are introduced onto the Slovak market, there seems to be a growing discrepancy among the quality of cars on the roads. The newer models are capable of speeds over 200 kilometres per hour while some of the older Skoda's or Lada's may struggle to top 60. Do you see any problems in the future in terms of old and new cars with different capabilities sharing the roads?

JM: In order to answer this question, I must mention the current economic situation that exists in Slovakia right now. Unemployment has reached dangerous levels, foreign investment is lagging, the flow of foreign capital has slowed - there are regions in Slovakia where the unemployment rate is 30%, or even 40%. Therefore, you cannot really expect these people to even consider the purchase of a new car.

The problem is clear. When somebody earns six or seven thousand Slovak crowns ($150) a month, has a family with two children and many expenses that need to be paid, a new car is simply not feasible. The answer to your question is related to the standard of living, and until some stability is achieved, until foreign investment increases and job opportunities for people materialise, the problem will remain.

Today I think we are headed in the right direction. The situation is difficult but I believe we have taken the right direction, even though the former government was not exactly ideal. Everyone, from the government to citizens, lacks money - I am sure that very few people are considering the purchase of a new Mercedes-Benz right now.