Košice mayor Rudolf Schuster looks set to become Slovakia's first popularly elected president. He was also once a member of the central committee of the Czechoslovak Communist party, and was chairman of the last communist parliament. Should this be held against him?
Ten years after the end of communism, deciding what role former communist functionaries should play in Slovak political life is still fraught with uncertainties. 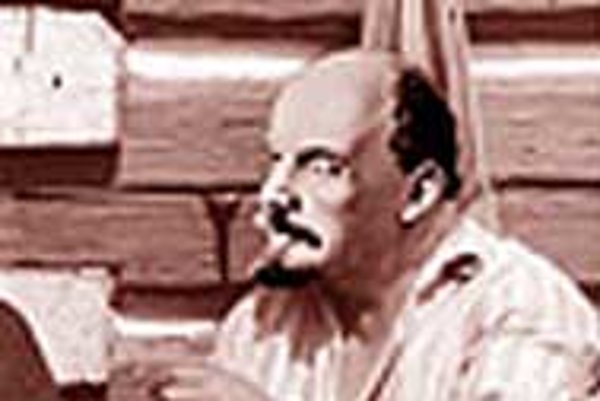 Font size:A-|A+  Comments disabled
Košice mayor Rudolf Schuster looks set to become Slovakia's first popularly elected president. He was also once a member of the central committee of the Czechoslovak Communist party, and was chairman of the last communist parliament. Should this be held against him?

Ten years after the end of communism, deciding what role former communist functionaries should play in Slovak political life is still fraught with uncertainties.

The 1991 'Lustration' law passed by the Czechoslovak government barred from politics anyone who had been a member of the central bodies of the communist party or who had worked for or cooperated with the federal secret service, the ŠtB. Members of Parliament who were positively 'lustrated' were told they could either resign quietly or have their records noisily made public.

The Lustration law, however, was never passed in Slovakia, meaning that dozens of former ŠtB collaborators and former top communist officials presently hold political office. Many identities are known - Foreign Affairs Minister Eduard Kukan, Social Affairs Minister Peter Magvaši and Economy Minister Ľudovít Černák have had their names published on the Internet recently on a list of ŠtB collaborators. But no one is quite sure how much of a stigma former collaborators and communists should carry given that there is no law against their holding public office.

Schuster, for one, is determined that his communist past should not impede his return to the top rungs of politics, and in this he seems to enjoy the support of the electorate. Voters, especially in the east of the country, have been deeply impressed by the miracle of urban restoration Schuster has wrought in Košice, and have tended to overlook the heavy debt burden the city bears as a consequence.

This public clemency has been greatly assisted by the fact that Schuster's SOP party is openly supported by the private station TV Markíza and its owner, Pavol Rusko. It can hardly be coincidence that as Schuster gets ready to launch his campaign, Rusko is talking about buying the VTV cable station and the Národná Obroda national newspaper.

Schuster has also managed to convince the parties of the ruling coalition of his merits. The fact that this was achieved through blackmail last October, when the King of Košice promised to join the coalition with his SOP party on condition that the coalition support him as its joint candidate, is also not much discussed. Instead, talk focuses on how much stability Schuster would bring the government were he elected president, and how much it would tax the unity of the government if he were defeated.

Indeed, everyone seems to accept the notion of president Schuster, even the foreign diplomatic community which remembers him fondly from his days as ambassador to Canada. After over a year without a president, the foreign community says, Slovakia needs a head of state, and Schuster is just the man for the job.

But electing former communists to top office in a democratic country carries a price - that of lost faith in so-called leaders. Politics is mostly about lying, hypocrisy and immorality as it is, but when a country's top officials can be Carl Communist one moment and Dan Democrat the next, its politicians lose even the few shreds of credibility they possess.

If Rudolf Schuster is elected president, he will probably do a very good job and will certainly provide a kind of glue to keep the coalition together. But it will also be impossible to take him seriously, this man who blackmailed and browbeat his way to the top, and whose mouth is now full of democratic pleasantries. If he had any integrity at all, he wouldn't be running.