Jozef Majský, a wealthy Slovak financier, said on March 3 he had bought a controlling block of 1.4 million shares in the oil and gas storage company Nafta Gbely. Majský's statement contradicted earlier claims by new Nafta General Director Arpád Demko that the shares had been offered for purchase to the state.
"I bought [the shares] in mid-February, because I wanted to stop the negative development of the company," Majský told The Slovak Spectator. "If it hadn't been me, Nafta would have gone maybe to some cabinet minister. The problem was who the new owner should be, and now it's me."
Majský added that his plans for the firm involve attracting a foreign investor and giving the state a role in planning Nafta's future direction. 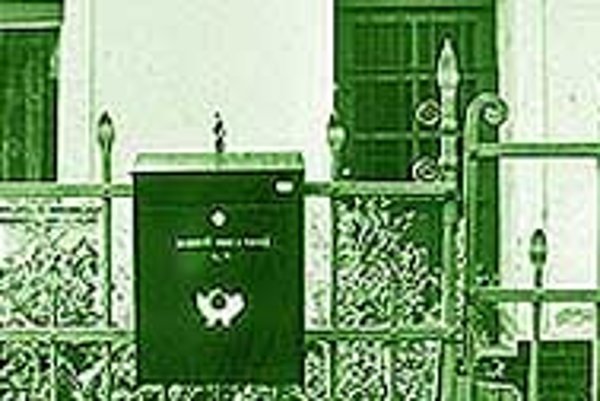 Font size:A-|A+0
Jozef Majský, a wealthy Slovak financier, said on March 3 he had bought a controlling block of 1.4 million shares in the oil and gas storage company Nafta Gbely. Majský's statement contradicted earlier claims by new Nafta General Director Arpád Demko that the shares had been offered for purchase to the state.

"I bought [the shares] in mid-February, because I wanted to stop the negative development of the company," Majský told The Slovak Spectator. "If it hadn't been me, Nafta would have gone maybe to some cabinet minister. The problem was who the new owner should be, and now it's me."

Majský added that his plans for the firm involve attracting a foreign investor and giving the state a role in planning Nafta's future direction. "This is not a political case, it is a pure business issue," he said. "I want to show this government that my steps will be transparent, so I will offer them some of the highest management posts, just to make it clear that I didn't buy Nafta because I want to tunnel it. I also want [the state] to take an active role in leading the company out of crisis."

Nafta Gbely was the subject of one of Slovakia's most notorious privatisation scandals. In July 1996, a 45.9% stake in the lucrative firm was sold to a company known as Druhá Obchodná for 500 million Slovak crowns (Sk), despite the fact that the market value of the shares was around 3.2 billion Sk at the time. What's more, only 150 million Sk of the purchase price was to be paid within 30 days, as the rest was spread out in installments over ten years.

At the time, no one knew who Druhá Obchodná's owners were, but in November 1997 the company's management revealed that Trnava-area businessman Vladimír Poór owned a decisive stake. Póor has been closely linked to the HZDS party of former Prime Minister Vladimír Mečiar, who was in power at the time of the Nafta sale.

Majský dismissed his Nafta purchase as a run-of-the-mill business deal which should not excite much speculation. "I didn't need to buy it," he said, "I'm not dependent on this purchase... It was just one of several contracts I sign every day."

Nevetheless, Majský claimed to have a clear vision for Nafta's future development. "I plan to invite a foreign investor to participate in the firm," he said. "An investor's entry to the company could take different forms, one of which is an increase in basic capital. This could very easily solve Nafta's debt problem until the end of this year. By that time the problem of over-employment will also be solved."

Majský's move came as a surprise to those who had been expecting the state to buy back its stake in Nafta. Prime Minister Mikuláš Dzurinda had announced on February 3 that the state had "enough documents" and evidence that the law had been broken in 1996 to allow it to retake the Nafta shares from Poór.

Then, on February 25, Nafta Director Demko announced that Poór had offered to sell his Nafta stake back to the state for the same amount it had been sold for in 1996.

"Demko stuck his nose into something that wasn't his business and which he clearly didn't understand," said Majský. "He is just like a doorkeeper in my company, who hears something and then starts rumours about it. What he had said [at the February 25 press conference] didn't make sense."

Government officials agreed that it would have made little sense for the state to accept Póor's offer. Nafta's share price in March 1999 sat at 400 Sk, only 17% of what its shares had commanded in July 1996. According to Demko, Nafta is also currently deeply indebted, to the tune of between 2.2 to 2.4 billion Sk against total assets of 10.265 billion Sk as of June 1998.

According to Teodor Petrík, director of the Gas and Mining Section at the Economy Ministry, another reason why the FNM hadn't accepted Póor's proposal was the unclear financial ties between Nafta and its seven daughters.

"You can't tell what the real value of Nafta Gbely is now," Petrík said, explaining that "it's hard to say whether the firm's property lies with the mother company or with its daughters. It would require a deep audit."

But despite the drastic fall in Nafta's worth and the lack of transparency in its operations, Petrík argued, the state was still very interested in re-acquiring Nafta shares.

The state-owned gas provider SPP, he explained, was dependent on Nafta Gbely's underground gas storage facilities. "The price of gas is regulated by the state, but the rent we pay for storage is not," he said, adding that if the state retook control of Nafta it would no longer be at the mercy of rental costs.

Indeed, underground gas storage is Nafta's major cash cow. According to Demko, the firm's 1999 forecast expects 1.2 billion Sk in storage revenues, while revenues from oil and gas extraction will amount to only 700 million Sk. In addition, Demko said, the 1.2 billion in storage revenues would be generated by only 400 of Nafta's 2,600 total employees.

Majský's plans to cut Nafta's inflated workforce, however, may turn out to be a major headache for the state. Petrík said that one of the main reasons that the government was interested in regaining control of Nafta was to protect jobs. "It's not only business thing, it's also a social issue," he said, adding that an investor would inevitable try to trim the firm's non-productive labour rather than retraining or re-assigning workers.

January unemployment in Slovakia stood at 16.33%.

Michal Kustra, head researcher with the private bank Tatra Banka, agreed with Petrík that "reduction of employment would, from the viewpoint of an investor, be more than necessary." Kustra added that another possible step would be to abandon Nafta's extraction activities in Slovakia.

Majský's purchase of the Nafta shares has apparently given the firm a new lease on life. Kustra said that Nafta Gbely's tainted reputation under Póor had made sale of the firm a necessity. "Even if Póor had been able to restructure the company successfully and make it healthy, Póor's name and the name of Druhá Obchodná would have ensured that the firm had no credit," he said.

"Mr. Póor is interested in the company's prosperity, but he realizes that he cannot guarantee it, for political and publicity reasons connected with his person," Demko confirmed at the February 25 press conference.

Now that Majský has taken control, however, Kustra said that neither Nafta's reputation nor its huge debts would discourage foreign investors from taking a chance on Nafta's enormous potential for profit.

Nafta has three current storage sites, which have a total capacity of 2 million cubic metres; the firm is set to add another three tanks of a similar capacity. While Nafta's facilities currently store gas for SPP, the three planned sites are intended to accomodate gas belonging to foreign companies. "Can you imagine a better business?" asked Kustra.

Besides gas storage, Nafta Gbely is involved in the extraction of natural gas and crude oil. Crude oil production comes to about 50,000 tons a year, while yearly gas extraction represents 300 million cubic metres, or 5% of Slovakia's annual consumption.