Enduring tensions between two government coalition parties - the Hungarian Coalition (SMK) and the reformed communist Party of the Democratic Left (SDĽ) - have resurfaced over the pivotal question of who should take control over the thousands of hectares of agricultural land currently administered by the state.
"Behind the whole case is the fear that Hungarians will get the best soil in Slovakia," said Gejza Blaas, vice director of the Research Institute of Agriculture and Food Economy. 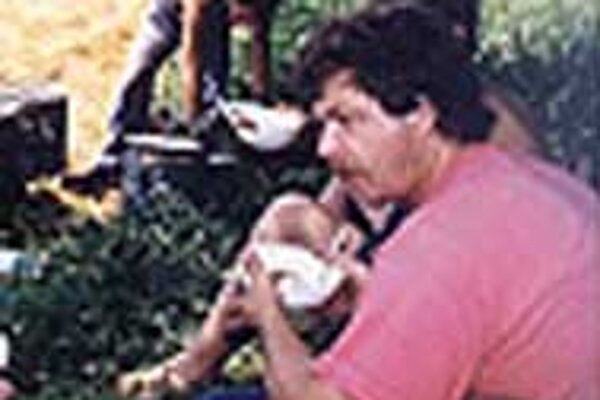 Font size:A-|A+  Comments disabled
Enduring tensions between two government coalition parties - the Hungarian Coalition (SMK) and the reformed communist Party of the Democratic Left (SDĽ) - have resurfaced over the pivotal question of who should take control over the thousands of hectares of agricultural land currently administered by the state.

"Behind the whole case is the fear that Hungarians will get the best soil in Slovakia," said Gejza Blaas, vice director of the Research Institute of Agriculture and Food Economy.

The recent problems began after the elections last September, when, citing the large number of Hungarian farmers in Slovakia, the SMK party made a play to get the post of Agriculture Minister. A SDĽ member, Pavol Koncoš, was awarded the seat instead.

The SMK then set its sights on the directorship of the Slovak Land Fund (SPF), which administers 459,000 hectares of land of 'unknown' ownership and 150,000 hectares of state land, the most fertile of which is in south Slovakia where the Hungarians live.

Despite a verbal agreement with the Agriculture Minister, the SMK's bid for the post was turned down, angering Hungarian politicians. The ruling coalition council finally brokered a compromise on February 10, by giving the SMK another important seat, the head of the Land Fund's Supervisory Board.

Though Koncoš accepted this decision, the protracted battle over who sits where revealed the reluctance of the current government to give Hungarians control of more land in the rich agricultural region of Slovakia on which they live. For the conflict is not merely about prestige - it is about who will profit from the eventual sale of the land.

"We wanted that post, because we had prepared a new concept for agriculture, which would help Slovakia also in the process of EU entry," said Pál Farkas, SMK deputy and the chairman of the Parliamentary Committee for Finances, Budget and Currency. Farkas added that 70% of the Hungarian minority living in Slovakia is directly involved in agriculture.

Although the SMK and the SDĽ are members of the same government coalition, meaning that they both signed the coalition agreement hammered out last October, their views on Slovak agriculture are different.

The core discrepancy lies in the body which should administer the nation's so-called 'unclaimed land,' which is land nationalised by the post-war Czechoslovak government and then by the post-1948 communism regime, and that has not yet been claimed by its former owners. Together with state-owned land, this territory belongs to the land fund.

Hungarians hold that the unclaimed land of any Slovak region should devolve from state administration to that of municipalities. In that way, they say, the soil would be used more efficiently. The SDĽ, on the other hand, disagrees, in part because they fear a loss of income for the national government.

"If this land was taken from the state administration, it would result in chaos," said Koncoš. He added that if municipalities took over the land, the profits from rents, which are supposed to be about 140 million Sk (from unclaimed land), would dwindle.

However, the SMK's Farkas favoured municipal governance. "The fact is that the state has not been given the money for rents since 1995," he said, and added that "municipal governments would not allow the farmers to [avoid paying their dues] and would administer the land much better."

Farkas added that decisions on who should be allowed to rent the unclaimed land would be more efficient if it were administered by municipal governments, since "[local] people know who's a good farmer and who's not. The state doesn't."

The question of who should control the land is extremely important now as Slovakia heads towards the year 2000 and possible land privatisation in the years beyond. In the year 2000, all unclaimed land will become the property of the state. But before Slovakia's possible future EU entry, the state will probably seek to privatise much of it.

While much agricultural land has been handed back to its pre-communist owners in Slovakia, none of the unclaimed land or land which has always been state-owned has yet been sold off to private investors.

"The best land is the land in the south, and whoever becomes the owner of it will be able to compete even on the European market," said Eugen Gindl, a media expert and a former politician with the post-1989 Public Against Violence (VPN) party.

Many Hungarians have not been able to reclaim the land farmed by their fathers and grandfathers. While all Hungarians living in Slovakia after World War II in 1945 were stripped of their land, many Hungarians did not file a claim for ownership of their land in 1948 because the communists were going to put all land into co-operative farms anyway, explained Milan Štefanovič, a retired professor at the Faculty of Law at Comenius University in Bratislava.

This failure to claim on the part of the Hungarians now presents a thorny legal problem. Because the procedure to reclaim the land is so lengthy and difficult, many people have not yet gone through the process. As a result, it can happen in Slovakia that a farmer pays rent to the state on land that was worked by his forefathers.