More than hundred foreign investors gathered in Bratislava on February 18-19 to participate in the Conference on Foreign Direct Investment in Slovakia. The guests heard presentations from more than 20 politicians, economists, businessmen and diplomats from both Slovakia and abroad. Among the guest speakers was also Slovak Economy Minister Ľudovít Černák, who gave a talk entitled 'The Role of FDI in the Slovak Economy and the Key Reasons to Invest'.
Černák, who took his current post as the nominee of the strongest coalition party, the SDK, on October 30, 1998, held the same chair from June 1992 to March 1993, while he served as chairman of the Slovak National Party (SNS). 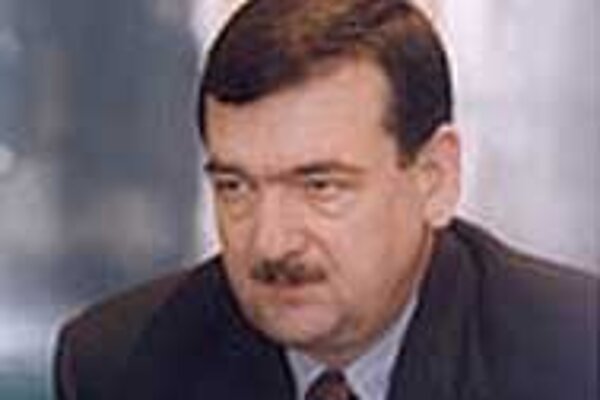 Font size:A-|A+  Comments disabled
More than hundred foreign investors gathered in Bratislava on February 18-19 to participate in the Conference on Foreign Direct Investment in Slovakia. The guests heard presentations from more than 20 politicians, economists, businessmen and diplomats from both Slovakia and abroad. Among the guest speakers was also Slovak Economy Minister Ľudovít Černák, who gave a talk entitled 'The Role of FDI in the Slovak Economy and the Key Reasons to Invest'.

Černák, who took his current post as the nominee of the strongest coalition party, the SDK, on October 30, 1998, held the same chair from June 1992 to March 1993, while he served as chairman of the Slovak National Party (SNS). His professional background derives mostly from his 17-year service at aluminum producer ZSNP, located in the central Slovak town of Žiar nad Hronom. From 1989 to 1992, Černák was general director of this important company. In 1990 he spent a year studying management in Great Britain, and in the same year founded the Union of Industry in Slovakia.

The Slovak Spectator (TSS): The new cabinet has declared itself a strongly pro-investment administration and has been working on a strategy to lure more foreign investment to the country. What steps will the state take to ensure that the interests of Slovak labour are taken into account, that the country does not sacrifice its unions in the stampede for investors?

Ľudovít Černák (ĽČ): One of the less visible products of the new leadership of the Economy Ministry is a document called Support for the Entry of Foreign Investors. This material should be approved by cabinet before the end of February. We are offering foreign investors conditions comparable with our neighbouring countries.

For instance, any foreign company that invests more than five million dollars, creates new jobs and exports 60% of its production, will be given a five year tax holiday, and for a further five years will be able to write off its investments as expenses. Any company that invests in regions with high unemployment rates will need to invest only three million dollars to qualify for this tax relief. And any company which invests in tourism will need to spend just one million dollars to qualify for these breaks.

What's very unusual is that we will allow new investors to write off research and development expenses as company expenditures. We also want to convince representatives of towns and villages to sell land to investors for symbolic prices. What's more, the state is ready to help create infrastructure in these areas.

If foreign investors are given these kinds of conditions, they should be willing to respect the laws of the land [Slovak law guarantees the freedom of association]. So, I don't think that large international corporations would reject unions. On the other hand, however, experience tells me that in profitable companies with high salaries, the role of unions is restricted to cooperating with management and solving less important issues.

TSS: The Slovak government recently announced the results of its first one hundred days in office. The most remarkable events in the economic sector were changes to the managements of large state-run companies (like SPP, SLSP, VÚB, an others), as well as the return of shares from private hands to the state in the case of companies like Prvá Obchodná, Transpetrol, DMD Holding and others. How long will you continue with these changes? Isn't the state risking losing the trust of investors?

ĽČ: While the media has made the management changes highly visible, other less visible processes closely connected with the conception and core tasks of the Ministry are actually more important.

The Ministry is focused on revitalising the corporate sector, creating a new entrepreneurial system, maximising support for small and medium-sized businesses, enacting a pro-export policy and radically increasing income from tourism.

Naturally, when we promote Slovakia as a country suitable for foreign investment, we also talk about questions and problems connected with our past. We explain where, why and under what circumstances events occured. That's why I don't think that the managerial changes will cause an erosion of foreign investors' trust. On the contrary, I perceive the changes from the human aspect.

When I told people, back in September at election rallies, that we should no longer judge people according to their political affiliations but according to their professional qualifications, they applauded. When I said that we wouldn't behave like the previous government coalition, and would allow them to participate in controlling bodies, they applauded again. Now I'm trying to fulfil these promises, but I sometimes have to face criticism.

I met Mr. Česnek and offered him the post of chairman of the Supervisory Board at Slovenské Elektrárne (SE). He looked at me and said that he had been a minister in the cabinet of Vladimír Mečiar. I replied that this was exactly the reason [I had picked him for the job]. The political opposition should now sit and keep track of what we do, and when we do something wrong, they should stand up and shout so we don't end up where the previous government did.

Many of the changes in management were made under the weight of arguments and facts drawn from the investigations we carried out at specific companies.

TSS: The management changes were made amidst allegations of economic crime. If you are to prevent such crimes from being repeated by the new managements, will it be enough to distribute a few posts among opposition politicians? How can you ensure that this government will not repeat the sins of its predecessor?

ĽČ: First of all, the system has to start functioning and the standards of social behaviour have to change. If businessmen are afraid of hiding money away and not paying tax on it, because they have seen how those who did this in the past were captured and punished, then the system will begin to work.

What we have to do in the economic sector is to eliminate theft, tunnelling and tax-evasion. Besides prosecuting the people who did these things in the past, we have to prevent others from acting like this by adopting new legislation. The tax police have to become more efficient, banks have to promptly report suspicious banking operations, and financial institutions have to co-operate with their foreign counterparts to prevent money laundering.

Even the dirty money that the previous government stashed abroad will be investigated with the help of foreign financial institutions. The deeper we go into these cases and the more we find out, the more citizens will trust the system.

TSS: One of the Slovak economy's heaviest burdens is the trade balance deficit. What are your plans for improving it?

ĽČ: There are two central reasons [behind the trade deficit]. The first and the main cause is the non-functional banking and financial sphere. Slovak firms that can compete with foreign companies on the basis of price and quality, often fail because they simply cannot get a loan that would allow them to receive payment for their products in half-year, or even yearly installments. This hurts their ability to compete on foreign markets.

The second factor behind the bad trade balance is the existing structure of exports. At the time we hit our economic peak [around 1994], our biggest exporters were companies with low value-added products. We exported mostly sheet metal and wood. Companies that produced these kinds of products were given loans with favourable terms and other support. That's why the machinery or electronics sectors have not been developed and were left without new investment for four years. A few companies, however, were lucky and got a foreign investor, for instance Volkswagen, Siemens, Sachs and Whirlpool.

The current cooling-down of the world economy has caused cut-throat competition between the suppliers of staple products. Slovak suppliers are losing the ground beneath their feet, and because Slovakia isn't able to compensate [for the export losses of staples suppliers] with exports of high value-added products, the result is a huge increase in the trade deficit.

TSS: 10% of Slovak exports are generated by troubled steelmaker VSŽ. Under the new cabinet, VSŽ management has undergone a shakeup; the new president and upper management have been given only six month contracts, at the end of which the company will be put up for sale. Can you tell us which foreign investors are interested and whether the state is planning on buying a part of the company?

ĽČ: VSŽ is a coin with two sides. On the one side, we have the owners, their [past] behaviour and financial problems, while on the other side, the company has very competent middle management and very skilled workers. So, what's the solution?

I can see two solutions for the company. The first one is support from the state. However, there is no state bank in this country which could rescuscitate the giant right now, and the state budget has no money for this either. That's why the only alternative is the second solution - a strategic partner.

I know of four partners. One of them is interested in the whole VSŽ Holding company, with all its [128] different divisions, while the others would prefer to invest only in the metallurgic part of the company. I personally think that the best would be the first kind of investor, who would become a strategic partner for VSŽ.

TSS: Can you reveal the names of possible investors?

ĽČ: Not yet, because the negotiations aren't finished.

TSS: Is US Steel one of them?

ĽČ: Yes, it is. Besides US Steel, there is an Indian corporation named Ispat, and two strong European steel producers.

TSS: VSŽ's credibility suffers from the continued presence of discredited figures in its management. What's going to happen to people like former company president Alexander Rezeš?

ĽČ: That depends on VSŽ shareholders. But I'm convinced that without looking at the behaviour of the old management in the past, they will support the entry of a strategic partner into the company. That's currently the only option. It's hard to forecast the future [of upper management figures appointed under the previous government of Vladimír Mečiar], but I think that their influence on VSŽ will steadily weaken. But all issues concerning the old management, including Rezeš, are subject to sharesholder decisions.

TSS: Recently, VSŽ underwent a financial audit by international auditor Price Waterhouse Coopers. Unofficial sources say that in some cases the auditor wasn't able to find out where the company's money had gone. Do you have any theories on the missing funds?

ĽČ: Under the previous management, when VSŽ was connected with big state-run companies like Slovak Railways (ŽSR) and the Slovak Power Generator (SE), the VSŽ used various ways to play with the money so that it finally ended up in some private company. I don't want to come to premature conclusions, but it's clear that the money that went to cover the hobbies of Mr. Rezeš, like football, pretty women and fancy villas, came from the state budget, not from the "twenty years of hard work," as Rezeš likes to say..