Having taken the first big step towards restructuring the banking sector - replacing the managements of each big state financial institution - cabinet is now poised to transform the loan portfolios of these troubled banking giants. The banks themselves say that the necessary changes cannot be implemented by new management without the active support of the central bank and cabinet.
Besides its legion economic and financial burdens, the new cabinet has inherited state banks plagued by non-performing loans and low liquidity. 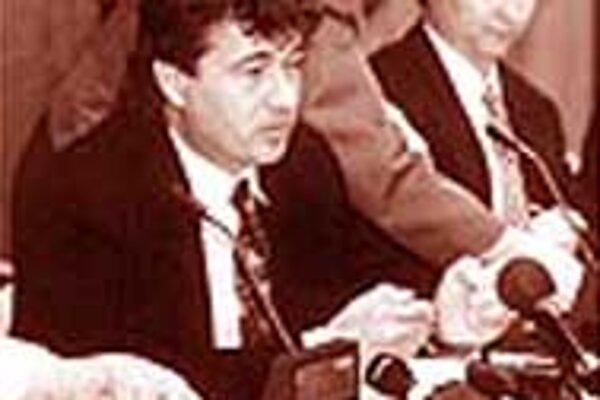 Font size:A-|A+0
Having taken the first big step towards restructuring the banking sector - replacing the managements of each big state financial institution - cabinet is now poised to transform the loan portfolios of these troubled banking giants. The banks themselves say that the necessary changes cannot be implemented by new management without the active support of the central bank and cabinet.

Besides its legion economic and financial burdens, the new cabinet has inherited state banks plagued by non-performing loans and low liquidity.

Jozef Mudrík, vice governor of the National Bank of Slovakia (NBS), said that bank sector revitalisation could not be delayed. "This need deepened after the caretaker administration was imposed on Investičná a Rozvojová Banka [IRB - in December 1997]," he said at the Slovak Economic Forum on January 25. Since the IRB crisis, Mudrík added, liquidity problems had become acute at other state banks as well.

Mudrík said that since 1995, when the NBS first adopted compulsory rules for the classification of loans, creation of reserves and provisions, the total assets of the banking sector had swelled by 36% (as of September 30, 1998). However,the total assets of banks under restructuring (Slovenská sporiteľňa -SLSP, Všeobecná úverová banka -VÚB, IRB, and Konsolidačná Banka - KB) dipped to 97% of the 1995 figures. In other words, the performance of private banks has far outstripped that of troubled state entities.

While the share of these state banks on the total assets of the banking sector amounted to 68.8% in 1995, Mudrík continued, figures from last September showed only a 43.9% share. "The share of banks not burdened by their heritage from the past was 31.2% in 1995, and grew to 50.7% last year," Mudrík explained.

The development of profits in the banking sector was analogous, showing the meteoric rise of private banks like Tatra Banka, which has been the Slovak bank of the year from 1995 to 1998, and the stagnation of state elephants like IRB. The share of state banks' profits on the total profits of the banking sector amounted to 61.4% in 1995, but a mere 3.4% in September 1998.

Role of the state

Viliam Vaškovíč, state secretary at the Finance Ministry, said that "we are convinced that the situation at VÚB and IRB can only be solved by the entry of foreign capital. Privatisation is inevitable," he added, "but it's hard to say what [money] we'll get out of it."

Martin Barto, general director of the strategy division at SLSP, said that the government should clarify its policy. The austerity package was, to him, only the first step; the government now had to follow up with concrete measures.

"First of all the government should enable banks to speed up the 'cleaning' of their portfolios," he said. "Secondly, it should make the path of a strategic investor easier in the case of VÚB. Although this will be problematic, the state should do its best to make it happen," he added.

The state could have solved the situation back in 1995, Barto said, but had missed its chance. "The government could have issued long term bonds to cover those loans, but now it's not realistic at all," he said.

Ján Tóth, chief economist and strategist with Tatra Banka, said the government's role in the process of restructuring state banks should be mainly in the legislative field.

"The government should first of all pass a long-awaited amendment allowing provisions to be written off from the basis of tax assessment, in order to make provisioning a tax-deductible expense," he said. Tóth said that at the moment, banks had to pay taxes on the reserves they created against non-performing loans, which was another burden for them.

Mudrík promised that central bank assistance would go hand in hand with cabinet policy to ensure healthy restructuring, adding that in the past couple of years, the NBS had focused on maximising provisions creation.

Now, said Mudrík, the NBS was ready to take money it had laid in reserve for IRB and KB and pass it on to SLSP and VÚB to help with provisions creation - as long as parliament passed the necessary legislation.

"The NBS could use these sources for healing VÚB and SLSP, but this is conditional on a change in the law on creation and usage of provisions," Mudrík said. "This would enable the usage of these provisions for the benefit of these state banks."

Tóth said that cabinet had already produced legislation - an amendment of the law on banks - which would help the NBS better to guard against the misuse of state bank funds. "In the past, the NBS couldn't request that a bank's basic capital be decreased if it suspected that the bank was being tunnelled," he said. "Now it can - this means that now it's not just the bank which has to absorb losses from tunnelling; the owners bear the consequences as well," Tóth explained.

Barto said that the NBS could also help state banks out of their financial difficulties by raising the interest rate it paid on bank reserves deposited in its treasury. Slovak banks have to create reserves representing about 9% of their total assets, Barto explained, but this money sits in the NBS at an interest rate of 1.5%.

In the case of SLSP, with its total assets of about 140 billion Sk, reserves on deposit at the NBS are 12 billion Sk, Barto said, adding that the SLSP could more profitable invest the funds on the money market at 10 to 12%.

"I wouldn't touch it," Tóth fired back. "That 1.5% is a standard which is needed for regulation of the money supply, as well as for keeping a certain level of security," he said, adding that these reserves were a high liquidity cushion the NBS could fall back on in crisis.

"We have no plans at the moment to change the rate," said Ján Onda, NBS spokesman. "However, we're not dogmatic about it."