An association of Slovak newspaper publishers has accused the county's largest print media distributor of failing to hand over millions of crowns in revenues collected from sales of newspapers. Given the economic problems that are accumulating in the newspaper business, the publishers say, the withholding of their revenues is endangering their existence.
The owners of the distribution company, Prvá Novinová Spoločnosť (PNS), have refuted the publishers' allegations and have said that their accusers are launching a political terror campaign against the firm. But even as PNS executives protest their innocence, state officials say that an investigation of the firm's past activities has produced evidence of wrongdoing. 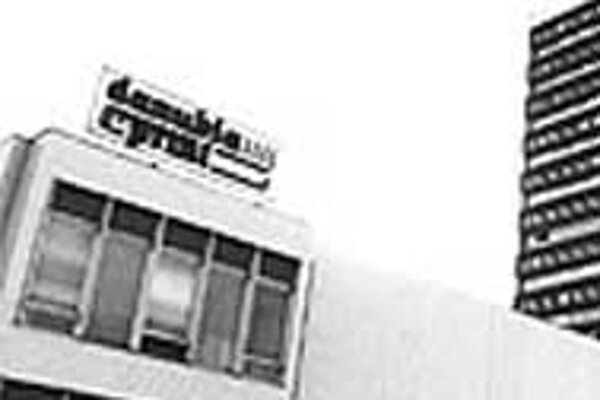 Font size:A-|A+0
An association of Slovak newspaper publishers has accused the county's largest print media distributor of failing to hand over millions of crowns in revenues collected from sales of newspapers. Given the economic problems that are accumulating in the newspaper business, the publishers say, the withholding of their revenues is endangering their existence.

The owners of the distribution company, Prvá Novinová Spoločnosť (PNS), have refuted the publishers' allegations and have said that their accusers are launching a political terror campaign against the firm. But even as PNS executives protest their innocence, state officials say that an investigation of the firm's past activities has produced evidence of wrongdoing.

Stanislav Srnik, chairman of the board of directors of PNS, denied any wrongdoing in a two-part interview published in the Slovenská Republika daily paper on February 9 and 10. Srník said that "nowhere in the world there is a better example of political terror and anti-constitutional steps taken by state bodies against a print media distributor... than have been taken against PNS."

At an Association of Slovak Periodicals Publishers meeting held February 9, the publishers accused the PNS management of secretly funnelling the property of the formerly state-owned distribution company into their own pockets. They claimed that PNS owes them up to 75 million Sk ($2 million), and charged that the firm's owners were tied to former Prime Minister Vladimír Mečiar, under whose watch the company was privatised.

These bold accusations "were made in an attempt to persuade the PNS management to pay its debts," said Igor Ďurič, executive director of VMV, which publishes Slovakia's most famous daily paper, Sme. "What is at stake here is the higher principle - providing people with information through the print media."

According to Ďurič, the PNS owes VMV more than 11 million Sk, out of which 6 million Sk was past due. "This situation started in November 1998 and it's getting worse and worse," Ďurič said.

Ďurič explained that VMV had no option but to continue to do business with PNS, despite the fact that payments were in arrears. "PNS distributes 65% of our publications and it gives us by far the best access to the market, so we can't afford to lose their services."

VMV is in fact just one of the many Slovak publishing companies whose existence depends on PNS distribution services. PNS distributes over two thirds of Slovak print media, and generates annual revenues of 2 billion Sk ($54 million). The distributor employs 3,100 people, most of whom work as clerks in small newspaper stands around the country.

In some ways, the PNS dispute is only the latest straw in a heap of economic problems that have been piling up for years. According to Miloš Nemeček, chairman of the Publishers' Association, there has been a 5 to 8% decline in sales on the country's print media market every year since 1992. Declining sales hurt even more, he said, given the fact that "fewer advertisers want to advertise with print media because of the overall economic crisis and competition from electronic media."

On the other hand, the PNS's refusal to pay out on its revenues does not surprise many state officials, who say that the firm is being looted by current management. "In journalistic terms it's called tunnelling," said Iveta Seifertová, spokesperson for the National Property Fund.

The PNS dispute is only the latest in a string of controversies that trailed the firm last year. In February 1998, a 97% stake of PNS shares was bought by Danubiaprint, one of the country's largest printing houses, from the state privatization agency. Danubiaprint was supposed to pay 410 million Sk ($11 million) for the shares, but the actual purchase price was a much lower 190 million Sk ($5.1 million). The remaining 220 million Sk ($5.9 million) was to be written off against future capital investments in the firm.

The sale of the large distribution company to a major printing company then tied to the Mečiar government spurred criticism from other publishers that it could be politically misused to harass media close to the opposition.

Following the victory of opposition parties in September national elections, the Anti-Monopoly Office overturned the PNS sale on November 20. The decision means that Danubiaprint's shares in PNS have been frozen on the stock exchange and cannot be traded.

Seifertová told The Slovak Spectator that the Fund was trying to recover its 97% stake and then offer it for resale. She said that the Fund had withdrawn from the contract with Danubiaprint when the monopoly office ruling took effect on February 1, 1999.

According to Seifertová, one of the reasons that the Danubiaprint purchase of PNS was disallowed was that the giant printer had broken the law on several occasions, such as the illegal sale of 20.42% of PNS shares to repay a debt. The stake was bought by Distri-Press company, owned by Ľubomír Bača, she said. Bača then became PNS General Director in January 1999.

"These transactions were done in discrepancy with the contract and [this is another reason that] the Fund demanded the PNS stake be returned," Seifertová said.

National Property Fund president Ľudovít Kaník told the SITA news agency on January 29 that the former management of the Fund had misused its powers when it "decided to sell the PNS to a corporation managed by [Mečiar's ruling party], which allowed for political abuse."

Seifertová agreed, saying that the Fund had information that the publishers' missing revenues, which amounted to 10 million Sk ($270,000) daily, were being transferred from PNS to Danubiaprint and its daughter firm H-Press.

The PNS's Srnik, who is also the president of Danubiaprint, denied that both companies were co-owned by members of the former ruling coalition. He also said that Danubiaprint would appeal to the Supreme Court against the Anti-Monopoly Office decision.

"Another lawsuit has been filed against the National Property Fund for withdrawing from the contract without allowing us to appeal the illegal monopoly office decision," he said.