Minister of Health Care soldiers on

Health Minister Tibor Šagát could not have taken office at a worse time - the nation's health care system stood in tatters, with hospitals unable to pay for basic diagnostic equipment, pharmacies unable to underwrite subsidised drugs and health insurers unable to meet their payments.
Since assuming the Minister's chair, Šagát has moved swiftly to dismiss corrupt hospital directors, to declare a state of crisis in the sector and to reconsider which medical services the state can afford to pay for. The Slovak Spectator asked him on February 5 to sum up his first 100 days in office, as well as to look ahead to health care developments in 1999. 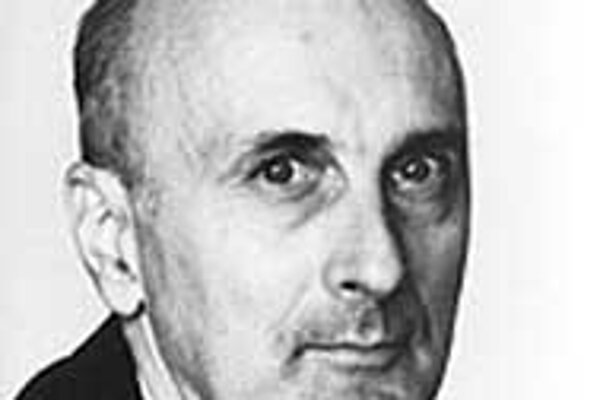 Since assuming the Minister's chair, Šagát has moved swiftly to dismiss corrupt hospital directors, to declare a state of crisis in the sector and to reconsider which medical services the state can afford to pay for. The Slovak Spectator asked him on February 5 to sum up his first 100 days in office, as well as to look ahead to health care developments in 1999.

The Slovak Spectator (TSS): When you took the minister's post, you also took responsibility for the health of Slovak citizens at a time when the health sector is in deep financial trouble. Have you had any second thoughts about becoming Health Minister?

Tibor Šagát (TŠ): It's not something I would ever regret, although the feelings I had when I first took this post have changed a lot by now. The range of problems I found here when I came was much worse than I had expected. The way out will be hard because the health sector suffered moral as well as economic damage.

TSS: The Ministry launched a so called 'crisis regime' in Slovak hospitals on December 1, 1998. Can you explain the main features and goals of this regime?

TŠ: We chose to call our programme a 'crisis regime' because we wanted to give an accurate name to the state in which we found the health sector.

We also wanted to motivate citizens to take an active part in solving problems which are directly connected with their health. Until now, they have just passively observed what was going on and have thought that everything would be solved somehow without their participation..... But they have to understand that the Ministry needs feedback, and that they are the ones to point out the problems and pass them on to us.

We are also trying to warn people that they may well be forced to pay for their health care. But they don't understand that.

We wanted to approach doctors as well and ask them for their active participation, because they should be aware that the answer lies not only in financial support but also in a change in thinking. However, the core aim of the 'crisis regime' was to focus our limited resources on essential medical care.

TSS: On one hand, the 'crisis regime' has cut nearly 200 million Sk from the Health Ministry's budget in one month (as of January 17), but on the other hand, doctors say that the current situation, in which only acute cases are treated, cannot be sustained for more than two or three months.

TŠ: There is a system in Slovakia for scheduling elective surgery, which exists even in developed economies. Some operations can be postponed, while the hospitalisation of some people who are chronically ill can be postponed as well. But if their condition suddenly deteriorates, they will surely be accepted in a hospital. There was a time when the new government realised that the state account was empty and feared that the sector wouldn't be able to function properly. I'm convinced that all operations that have had to be postponed so far will be carried out in the coming months.

TSS: At today's press conference, you spoke of the 'ten sins' of the previous Health Ministry leadership. Which are the most significant?

TŠ: The two most basic problems are interconnected. The first one is legislation. The laws that were passed here under the previous government didn't take into account the financial sources available. The previous administration set a range of free health care services that couldn't be covered.

This led to another major problem, and that was a moral crisis in the previous management. They didn't follow the laws and they tried to find holes in legislation to use money for their personal purposes. Although we have a lot of evidence, I don't want to generalise and label all former hospital directors as thieves. We already experienced that back in 1992-1994, and I'm not about to repeat it. I'm convinced that there are good directors among the current crop and that's why we are not replacing all of them.

TSS: Talking about the 'crisis regime,' how can the Ministry change people's idea that the more pills they take more healthy they are?

TŠ: This is a task that will take several years, and I think that the final effect will come mostly with the younger generation. We won't harvest the results of our education efforts this election period for sure. However, we have started to work on prevention programs which will be financially covered by our Ministry. One of them, for example, is focused on children's dental prevention. We have to educate our young patients that if they don't take care of their teeth now, they will have to pay for most of the dental care they require after reaching 18.

On the other hand, we have to motivate our doctors to provide preventive care. We will gradually lower the monthly financial support that general practitioners get from the state on a per-patient basis, and we'll put our money into prevention programs. In this way we will prevent doctors from accumulating too many patients and thus having no time to talk with them about their lifestyles.

TSS: Bribery is another issue connected to old ways of thinking. How can the Ministry re-educate patients and prevent them from bribing doctors to get 'better' treatment?

TŠ: The first way to stop people from bribing is to create a positive atmosphere and a healthy environment in which laws can be followed. However, it is partially understandable that people are willing to pay their doctors to get better treatment. The only way to stop bribery is to legalise these kinds of payments. That can be done by the use of additional health insurance, which would prevent patients from bribing doctors and would put the money into the health care system. People would have a chance to choose a more qualified or a more respected doctor if they are willing to pay higher insurance. We have this goal, but the whole process will certainly take some time.