According to a cabinet summary of the state of the economy it inherited from the former government under Prime Minister Vladimír Mečiar, corruption and economic crime were rampant from 1994 to 1998. In a February 9 presentation of its findings, the cabinet said it would continue to focus on exposing the country's shady economic past.
Foreign investment analysts, however, warned that the government would have to make sure that potential investors understood the state was not motivated by revenge in its glasnost-like campaign. 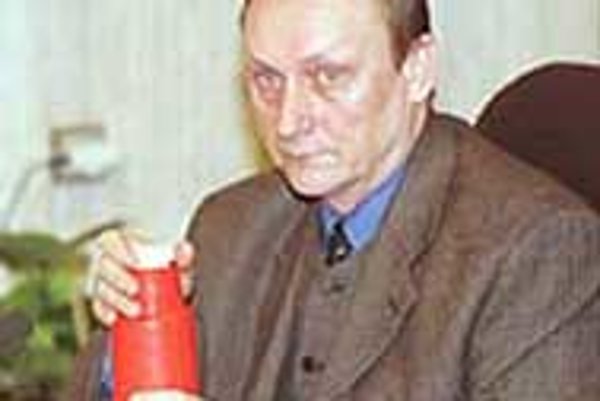 Font size:A-|A+  Comments disabled
According to a cabinet summary of the state of the economy it inherited from the former government under Prime Minister Vladimír Mečiar, corruption and economic crime were rampant from 1994 to 1998. In a February 9 presentation of its findings, the cabinet said it would continue to focus on exposing the country's shady economic past.

Foreign investment analysts, however, warned that the government would have to make sure that potential investors understood the state was not motivated by revenge in its glasnost-like campaign.

David Brown, the principal advisor to the Slovak Foreign Investment Agency, said that he didn't think the cabinet presentation would undermine its attempts to attract direct investment, but added that "there needs to be an extensive awareness of the need to send the message abroad [of the cabinet's positive intentions]."

Black Books may lead to prosecutions

In a February 9 speech, Prime Minister Mikuláš Dzurinda said that the non-transparent privatisation system used by his predecessors had enabled a small group of businessmen tied to the former ruling coalition to gain lucrative companies and cut foreign investors out of the action.

As the final touches were added to the cabinet's economic 'Black Book' record of the Mečiar era, government officials gave voice to their intentions to file lawsuits against members of the former administration.

Finance Minister Brigita Schmögnerová announced on February 5 that her predecessor, Milan Maxon of the former Mečiar cabinet, could be stripped of the legal immunity he enjoys as a parliamentary deputy to allow for his prosecution for mismanaging the economy.

Schmögnerová said that Maxon was suspected of "signing a disadvantageous contract for the state," but refused to be more specific.

Sergej Kozlík, former Deputy Prime Minister for Economy and a deputy with Mečiar's Movement for a Democratic Slovakia (HZDS) party, came to Maxon's defence. Kozlík said that as Finance Minister, Maxon signed hundreds of documents every day and could not have been expected to read them all, but instead had to rely on the judgement of his officials.

"The Minister is responsible for everything he signed," said Schmögnerová in response.

Deputy Prime Minister for Economy Ivan Mikloš then explained for the private TV Markíza station that the 'disadvantageous contract' that Maxon was supposed to have signed concerned state privatization bonds.

The SITA news agency reported on February 9 that Maxon had signed a deal giving the Central European Brokerage House access to Finance Ministry money for longer periods of time than necessary, allowing the firm to speculate with ministry capital for its own profit.

According to SITA, the contract conditions cost the Ministry 57 million Sk a year.

In response to the allegations, Maxon said he would file suit against Schmögnerová for "inappropriate accusations and violation of the principle of presumed innocence."

On the same day that Maxon's name was publicly muddied, the National Bank of Slovakia (NBS) dismissed Dušan Krkoška from his post as caretaker administrator of the Investment and Development Bank (IRB), appointing Vladimír Hromý to replace him.

According to NBS spokesman Ján Onda, the reason for Krkoška's dismissal was a contract signed between IRB and Slovak firm Hotel Bonbon on the sale of IRB property for below-market prices.

According to Onda, Krkoška had neither informed the NBS Banking Supervision Department of the transaction, nor he ensured the transaction was properly recorded, thus he prevented the department from fufilling its duty.

One day before Krkoška's dismissal, Mikloš urged the NBS Vice Governor Jozef Mudrík to halt all personnel changes and secure the protection of documents against destruction or misappropriation. He also said that NBS Supervision Department officials might be investigated for wrongdoing.

"The situation in the bank is being examined by the Banking Supervision Department (BSD), as well as the Financial Police. The fact that IRB was placed under a caretaker administration [in December 1997 for liquidity problems] proves the failures of the BSD," Mikloš said ata February 4 press conference. He said it would be necessary to investigate the BSD's performance and its effectiveness over the past few years.

Schmögnerová announced on February 8 that certain personnel changes would be made within BSD, but refused to specify the names.

While the smoke clears in the offices of major insitutions like the NBS, the IRB and the Finance Ministry, foreign investors say that the government must be careful not to upset market confidence by over-yealous prosecutions,

"The government has to make sure that all these steps concerning the re-installation of the rule of law and prosecutions of [former state officials] is based on legal grounds and is not just an act of revenge," said Ellen Ledermann, vice president of J.P. Morgan investment bank in Prague.