Peter Magvaši, the new Minister of Labour, Social Affairs and Family, is an civil engineer who rose to power through the former communist Social Democratic Left (SDĽ) party. In 1993-94, Magvaši served on the Presidium of the FNM state privatisation agency, and then as the Minister of Economy in the short-lived 1994 cabinet of Prime Minister Jozef Moravčík.
The Slovak Spectator spoke to Magvaši on February 4 about his ideas for re-training Slovakia's workforce to meet the demands of the new labour market.
The Slovak Spectator (TSS): Unemployment has risen to 16.4% in Slovakia, and it is very regional. One of the problems is the lack of proper housing. What can the Ministry do to reduce unemployment in general and the regional nature of unemployment? 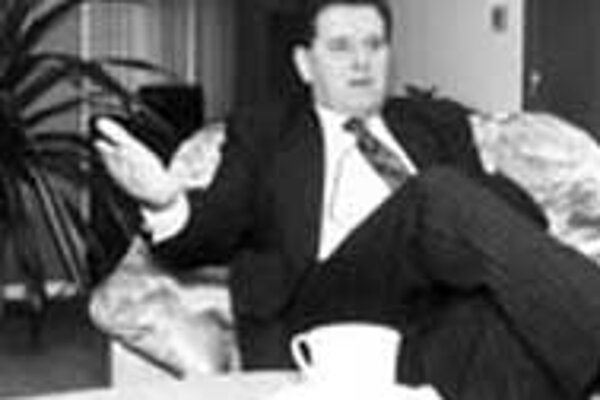 Font size:A-|A+  Comments disabled
Peter Magvaši, the new Minister of Labour, Social Affairs and Family, is an civil engineer who rose to power through the former communist Social Democratic Left (SDĽ) party. In 1993-94, Magvaši served on the Presidium of the FNM state privatisation agency, and then as the Minister of Economy in the short-lived 1994 cabinet of Prime Minister Jozef Moravčík.

The Slovak Spectator spoke to Magvaši on February 4 about his ideas for re-training Slovakia's workforce to meet the demands of the new labour market.

The Slovak Spectator (TSS): Unemployment has risen to 16.4% in Slovakia, and it is very regional. One of the problems is the lack of proper housing. What can the Ministry do to reduce unemployment in general and the regional nature of unemployment?

Peter Magvaši (PM): The period from December to January, as a normal trend, sees a great rise in unemployment. It is caused by the fact that there are many seasonal workers in the fields of agriculture, forestry and construction. The last two years have seen really warm winters, so the rise of unemployment in construction was very small. Also, the last two years have been a period of motorway expansion, providing jobs in construction.

Furthermore, the problem of Slovak unemployment is regional, where Bratislava's third district has the lowest rate, ten times lower than eastern Slovak regions where rates are around 30%. It appears that the rise in unemployment is mainly in the agricultural regions. In these regions massive agriculture production used to exist, and along with it, a high employment rate - or rather, artificial employment. It created an unpleasant reality. Most of the workers were unqualified, so the structure of human resources was abnormal and this seems to have become a systematic and long running problem without a single solution. Given the differences in regional unemployment, it is common that unemployment lasts for an extended period. In fact, three quarters of the unemployed in these regions are unemployed for a long time. Another factor is that people under 25 cannot find permanent employment.

This problem cannot be solved immediately. Progressive steps must be initiated so that the problem can be intelligently addressed in phases. For example, there has been a high unemployment rate in Rimavská Sobota for an extended period of time. They have been given financial support, but with a minimal effect. The finances given have been divided improperly, therefore, positive effects could not be realised. I think that territorial bodies of state administration didn't play a strong integrating role.

TSS: So how can you solve these problems?

PM: We think that the problem of Slovak unemployment can be solved by the entrance of foreign investors, and not only in particular regions. For example, the new Volkswagen plant in Martin - investments like this will have a carry-over effect, which can influence the unemployment rate in regions like Orava, Kysuce, and so on.

Unemployment must be addressed by totally new economic policies. That means that the Slovak economy must win the trust of foreign countries because the Slovak economy depends on increasing its exports. Slovakia needs to increase its exports, because when we compare the exports per capita with Hungary, Poland, the Czech Republic and Slovenia, Slovakia has the lowest share.

TSS: In many of these areas of high unemployment, there is a lack of adequate housing facilities for workers and an undeveloped infrastructure. How can you attract foreign investment into these regions when there is a shortage of housing and insufficient infrastructure?

PM: The government has decided that by February 28, the Ministries of Economy and Finance will create conditions for investors particularly in regions of high unemployment, and would also support the creation of new homes for workers. Obviously, infrastructure is not perfect in these regions, and there is a less than perfect relationship between the state and local administrative bodies.

TSS: Human resources agencies mostly prefer people with knowledge of foreign languages and specific work experience. What can the ministry do for those that do not meet these requirements, in particular the older generations who grew up in the socialist business environment? What job opportunities cater to their life experiences?

PM: I have always stressed that workers' qualifications are a pre-requisite for mobility and flexibility. For example, at VW Bratislava, the average age is 28. These people, who are professionals in their fields and work with the highest quality technology, are highly praised by their German management. On the other hand, at [northern Slovak machinery producer] ZTS Martinské Strojárne, where many workers have been and are being laid off, the average age is 48. It is clear that this labour power is not flexible enough to adapt to new conditions, but it's impossible to fire these old people just because of their age.

But these people will have another opportunity for jobs. They were trained in industry and it is clear after the restructuring of Slovak industry, these people will be able to find jobs in small to medium sized enterprises, which will, in part, be supported by foreign investment. Industry will always be important because 80% of Slovak exports come from the industrial sector.

Another field where the older generations can be useful is services and tourism, because the potential of tourism in Slovakia is several times higher than in neighbouring countries. Annual profits from tourism are $600 million and we predict that during the next 2 or 3 years, they will increase.

TSS: Human resources companies seem to be focusing on middle to high ranking professions, but the majority of unemployed people are looking for less-skilled work. Who helps the lower educated unemployed find work?

PM: Unemployment offices are state-run agencies, and they focus on the lower educated unemployed. Their activities seem to have been decreasing, and I think that this is a shame. Their functions have narrowed to merely paying out welfare and acting as a job bank, and they do not work on individual cases at all now.

The low education of the majority of unemployed people lowers their chances of finding work. Eighty percent of the unemployed in Slovakia are mainly young people with only basic education. People with university educations represent an insignificant percentage of the unemployed. That means that people with the highest amount of education have the least difficulty finding jobs and are more flexible as well. Human resource agencies reflect this fact.

TSS: Former Prime Minister Vladimír Mečiar warned against Slovakia becoming a cheap labour pool for high-tech western countries. With the increase of foreign investment, union leaders say that they can protect Slovak workers from unfair working conditions. They also say that this government will choose foreign investment over union rights. What is the ministry's stance on unions? Is the ministry pro- or anti- union?

PM: The position of unions in our modern economy is stable and deeply rooted. Unions have always been an important social partner of the government. Our ministry, opposite of other ministries, has always insisted on the fact that wages should be a result of a collective agreement between employers and unions. But the question of wages should, on the one hand, be seen in terms of social parameters and, on the other hand, in terms of economic parameters.

Unions should also be more responsible in the sense that if their demands are too high, it could lead to a decrease of economic results of corporates while at the same time causing the dismissal of the employees. In negotiations with foreign partners, we are fully aware of the fact that foreign investors consider the low price of the Slovak work force as one of the most advantageous aspects. Especially given the high quality that Slovaks produce, the price is quite low. We are aware that this gap will remain for some time before our salaries reach western standards. On the other hand, wages tend to be higher at foreign companies operating in Slovakia than at Slovak companies.

TSS: How effective will the Tripartite Agreement between labour, employers and the state, protect workers' rights in Slovakia?

PM: This agreement creates space for dialogue between employees, employers, and the state. So the opinion of the workers is also taken into account and they can feel that they are taking part in important decision making processes regarding their working conditions, legislation, and other themes that personally affect them. So they are not only given the conditions, but they can also participate in creating them.