POLICE have begun an investigation into reports that a Russian arms dealer with known Slovak contacts supplied the Al-Qaida terrorist network with much of its weapons.
Police corps vice-president Jaroslav Spišiak said that his office had received information in mid-February that Russian ex-KGB agent Victor Bout had been supplying military equipment to the terror group believed to be behind the September 11, 2001 attacks in the US.
Similar reports were published in the British press February 16-17, citing sources within the British MI6 secret service. 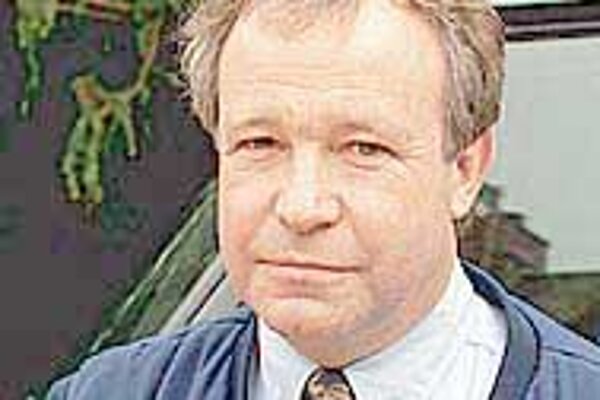 Font size:A-|A+  Comments disabled
POLICE have begun an investigation into reports that a Russian arms dealer with known Slovak contacts supplied the Al-Qaida terrorist network with much of its weapons.

Police corps vice-president Jaroslav Spišiak said that his office had received information in mid-February that Russian ex-KGB agent Victor Bout had been supplying military equipment to the terror group believed to be behind the September 11, 2001 attacks in the US.

"I received information last week from other secret services concerning the methods and financing of weapons acquisition by the Al-Qaida network, and I am having it investigated," said Spišiak.

"We will be looking at many things, including possible contacts to Slovakia. The results of the investigation should be known in a month."

Bout was identified in a UN report last year as the leader of an arms trading empire involving Slovak national Peter Jusko and his firm Joy Slovakia.

Belgian authorities issued an international arrest warrant for Bout last week following the admission by Sunjivan Ruprah, a Kenyan diamond mine owner, that Bout was in the pockets of money launderers and diamond traders working for wanted terrorist Osama Bin Laden.

Ruprah, who is currently being held in Belgium, told UN investigators last year that Slovak Peter Jusko was "one of the main suppliers of false end-user certificates to his (Bout's) organisation".

He said forged end-user certificates, used to conceal the true identities of arms purchasers, could be obtained from Jusko in a matter of hours for $50,000.

But Jusko, who the UN placed at the centre of an arms ring supplying African countries, told the investigation team that he knew nothing of Bout's organisation.

Slovak police would not reveal the details of their investigation, other than to say it covers all possible aspects of Al-Qaida financing.

Jusko was arrested by Slovak police on November 28, 2001 for his role in importing two helicopter gunships to Slovakia in 1999, one of which was re-exported after repairs in Trenčín and ended up in embargoed Liberia. However, he was released after a week, and his case remains under investigation.

The government, which changed the composition of its arms export license commission on February 6 following a report in The Slovak Spectator that three commissioners had private interests in arms trading companies, says that its weapons export controls are strict and obey international standards.

However, Ján Mojžiš, head of the National Security Office (NBÚ), said last November that "the world looks very negatively on the fact that our arms traders falsify licenses and end user certificates and are supplying global terrorist organisations with weapons and systems."

"Our priority should be adopting a radical solution to this problem," Mojžiš said.

"It wouldn't be surprising to find Slovak firms involved in dirty business," said Matúš Korba, an analyst with the Slovak Foreign Policy Association who specialises in the arms control sector.

"The global arms market is so competitive that companies from post-communist countries are willing to do risky deals with third world countries because they have no chance of getting better contracts."

Slovakia had over 40,000 people involved in producing heavy armaments in 1989, but the disappearance of cold war markets, and particularly separation from the Czech Republic in 1993, left the country ill-equipped to modernise and market its military production. The value of Slovak arms exports fell from $1.83 billion in 1992 to $213 million in 1998, even though then-Prime Minister Vladimír Mečiar made reviving defence sales a national economic priority.

But with a change in government in 1998 and renewed chances of entering Nato, defence experts said, Slovakia had begun to modernise its military hardware, and sell surplus equipment abroad.

One of the main targets of sales was Angola, which from 1999-2000 received 205 T-55 main battle tanks courtesy of arms exporter Hermes, the Slovak military's official conduit for arms sales to the African nation. Thanks to the contract Hermes' turnover increased from around Sk600 million in 1997 and 1998 to Sk2.2 billion 1999.

However, Hermes has also been accused of selling weapons to Sudan in 1998 and 1999, of providing training to Libyan pilots in the early to mid-1990s, and had several shipments of military hardware impounded by Slovak customs last fall.

Slovak firms supplied heavy arms from 1993 to 1997 to other countries with civil conflicts such as India, Pakistan, Indonesia, Rwanda and Sierra Leone; 58 T-72 tanks were sold to Syria in 1993.

Economy Minister Ľubomír Harach admitted on September 25, 2001 that until 1996 some goods had been traded from Slovakia to states with potential terrorist links.

"I have information that between 1995 and 1996 there were goods which were exported to countries that could have been used by individuals co-operating with people who commit terrorist actions," he said.

The police corps' Spišiak, who oversees Slovakia's anti-terrorism police unit, said he was co-operating closely with the FBI to shut down any possible Slovak conduits of illegal arms to problem areas. He added that he "personally" believed that the 2001 UN report detailing the connection between Victor Bout's gang and Slovakia was "accurate".

Asked why it had taken the Slovak police almost five years to begin investigating Jusko after the arms broker first supplied the Defence Ministry with a false end-user certificate to cement an arms contract, Spišiak said: "I can't comment on that."