INTERIOR Minister Ivan Šimko has said racism will not be tolerated in the police force.
Reacting to comments from a senior police officer in defence of a policeman who allegedly asked a Roma journalist for a "hygiene certificate", Šimko blasted racism in the force February 14.
"I will not tolerate racism in the police force, nor any disrespect towards the public. We must investigate every case where there are such suspicions," he said. 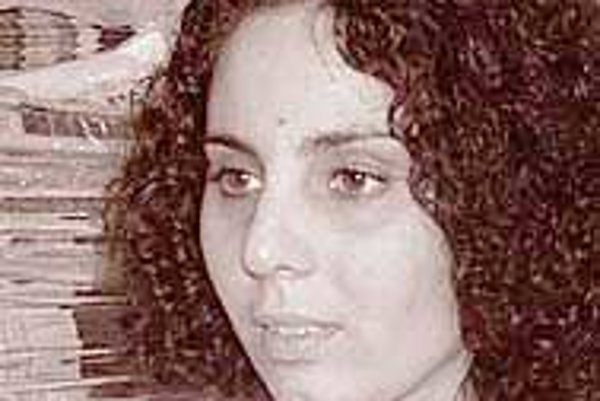 Font size:A-|A+  Comments disabled
INTERIOR Minister Ivan Šimko has said racism will not be tolerated in the police force.

Reacting to comments from a senior police officer in defence of a policeman who allegedly asked a Roma journalist for a "hygiene certificate", Šimko blasted racism in the force February 14.

"I will not tolerate racism in the police force, nor any disrespect towards the public. We must investigate every case where there are such suspicions," he said.

Šimko is set for a showdown with Prešov regional police chief Jozef Vojdula after he gave his backing to a police officer from the village of Jarovnice who allegedly made racist remarks to a Roma.

The officer, not named by police, on February 8 allegedly refused to shake hands with Roma journalist Denisa Havrľová of the Romano l'il nevo newspaper. He then asked her for a document establishing her medical health.

Havrľová has said the officer displayed obvious "racist conduct", and is demanding his immediate dismissal from the force.

"It's not possible that a guardian of the law, who is supposed to ensure the protection of rights, can humiliate citizens in a racist way," she said.

Vojdula issued a statement February 12 in which he said all police officers are obliged to protect their health while carrying out their duties, and that no police force rules dictate that an officer must shake hands with someone.

He added he saw no reason to sack the officer until receiving the results of an internal investigation into the allegations.

"According to preliminary investigations of the actions of the policeman while on duty I have not found any evidence of a serious violation of the code of conduct which would require his immediate dismissal from the police force.

"I have decided to wait for the results of the investigating bodies, and on the basis of their findings to judge the degree of his guilt and to what extent his actions endangered society."

Vojdula also said the officer involved had laid charges against Havrľová for attacking a public official.

Šimko said he was "surprised" and "disappointed" by Vojdula's reaction. He refused to rule out dismissing the policeman.

"I will be going to Prešov for a serious discussion with Vojdula," he said.

Havrľová's allegations are not the first levelled against the Jarovnice police. In March, the Košice Office of Legal Protection for Roma lodged a complaint over what it maintained was the racist conduct of police from the village.

The organisation called on police inspectors to check on suspected police brutality and racist conduct during a police operation in nearby Hermanovce. The results have not yet been made public.

She added: "This case is only a drop in an ocean of similar incidents."

Police conduct towards the Roma has been criticised on many occasions, not just by Roma and human rights groups in Slovakia but also by international bodies, such as Amnesty International and the European Commission.

The EC demanded a full inquiry into the June 2001 beating of three Roma in police custody in the east Slovak town of Revúca. The Roma were allegedly beaten by police after being tied to a steel bar at the local police station. One man died as a result of the beating.

Following an investigation charges of causing death by torture were later laid against seven officers.

Šimko's reaction to the Jarovnice case has been welcomed by local human rights groups, however.

Ladislav Ďurkovič, coordinator of People Against Racism, said: "We are very happy that the minister has said something. Until now he has said nothing about such things and we are pleased that he seems to be taking action.

"We know a lot of police are racist, and if this policeman is dismissed it will show that the minister really won't tolerate racism. It will not stop police being racist overnight, but at least they will not be able to flaunt it the way they have until now."