CABINET says it is confident of meeting deadlines for passing EU-related legislative changes despite claims by a senior parliamentarian that the country is falling behind schedule.
DEPUTY Prime Minister for Integration Mária Kadlečíková has denied Slovakia is falling dangerously behind schedule in harmonising laws with existing European Union legislation.
Speaking to The Slovak Spectator Kadlečíková admitted that more work had to be done at some ministries in bringing legislation into line with EU norms, but said she was certain the job would be finished by the time a decision is taken on enlargement at the end of this year.
"Some work needs to be speeded up at the ministries but I have no doubt that we can harmonise the laws in time. But we have to be very disciplined in government and parliament. 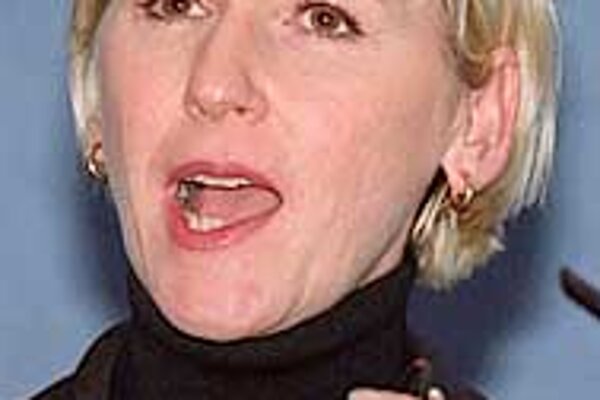 Speaking to The Slovak Spectator Kadlečíková admitted that more work had to be done at some ministries in bringing legislation into line with EU norms, but said she was certain the job would be finished by the time a decision is taken on enlargement at the end of this year.

"Some work needs to be speeded up at the ministries but I have no doubt that we can harmonise the laws in time. But we have to be very disciplined in government and parliament.

"But if we are disciplined we can make the changes we need in these areas. We will not have another chance," Kadlečíková said.

The government's ability to guide Slovakia through the complicated process of bringing laws into line with EU norms seemed in serious question just a few weeks ago when the head of the Parliamentary Integration Committee, František Šebej, said time was running out to pass 42 key pieces of legislation.

He said that many of the laws were complex and "have not been presented to parliament or even negotiated by government".

The comments from a senior parliamentarian dealing with integration revealed just how much work lies ahead of Slovak legislators in making the needed changes to national legislation before a possible entry to the 15 member bloc in 2004.

Invitations are expected to be extended at the end of this year to a number of states to join the EU. Despite beginning negotiations more than a year after some other states bidding for entry Slovakia has already closed 22 of 29 'chapters' in the pre-accession legislative harmonisation document, the acquis communautaire.

But politicians themselves have long said that this year would see the most difficult legislation negotiated with Brussels.

Environment and agriculture are seen as serious problem areas for many candidate states, Slovakia in particular. Only last week European Commissioner Margot Wallstrom, during a visit to Bratislava, appealed to Slovakia to speed up the legislative progress in the environment sector.

"Many fundamental environmental problems still exist and will require a lot of work in the years to come. Slovakia must do more to ensure that it has the administrative capacity for the implementation of environmental legislation," she said.

The Environment, Finance and Agriculture Ministries, where the most harmonisation work remains, have all said they can meet legislation deadlines.

But with elections in September and some of the laws expected to take months to pass, Šebej said that legislation not sent to parliament before the end of April stood little chance of being passed.

"The majority of parliaments in democracies are not in situations where they have to deal quickly with a huge package of laws," he said.

The concerns over the laws come amid anger from candidate states at existing member states' plans for funding after enlargement, including lower subsidies for new member states than for the existing 15 EU countries.

Last month the European Commission said farmers in candidate countries would have to wait 10 years after joining before they could get full subsidies under the Common Agricultural Policy (CAP) and would initially receive just a quarter of what present members receive.

The news was greeted with disgust by Slovak farmers. The president of the Prašice Farmers Cooperative, Jozef Urminský, said: "Under no circumstances can we accept worse starting conditions than European farmers have.

"If we are receiving only a quarter of the direct subsidies existing member states get, our agricultural production will not be competitive on the single market and ten thousand hectares of land will lie covered in ice."

The Prime Ministers of the Visegrad Four states - Hungary, the Czech Republic, Slovakia and Poland - were due to meet in March to discuss the issue of payments from the EU after accession. But the meeting was cancelled after comments made by Hungarian PM Viktor Orbán regarding Czech and Slovak EU entry (see story page 1).

All four countries have said they oppose the plans for lower subsidies, which they claim go against the creation of equal conditions within the single European market.