Transport fares to jump in 1999

Train and bus tickets will increase as much as 50% in the new year, but transport companies say the fare hikes will do little to mend their revenue shortfall.
"Even if prices were increased by 500%, we would still only break even - public transport would be neither profitable nor a loss-maker," said Miloš Čikovský, spokesman for the state-owned Slovak Railways (ŽSR).
The transport hikes are part of an economic restriction package set to be approved by cabinet on December 16. Other austerity measures in the package include increases to energy, gas, fuel, tax and grocery rates. 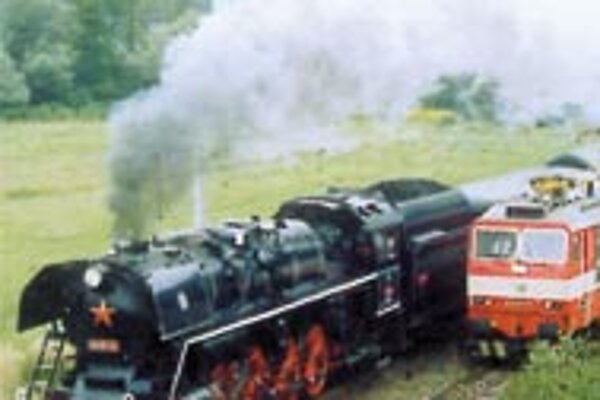 Font size:A-|A+  Comments disabled
Train and bus tickets will increase as much as 50% in the new year, but transport companies say the fare hikes will do little to mend their revenue shortfall.

"Even if prices were increased by 500%, we would still only break even - public transport would be neither profitable nor a loss-maker," said Miloš Čikovský, spokesman for the state-owned Slovak Railways (ŽSR).

The transport hikes are part of an economic restriction package set to be approved by cabinet on December 16. Other austerity measures in the package include increases to energy, gas, fuel, tax and grocery rates.

The planned transport fare increase will affect both ŽSR, the country's monopoly rail transport provider, and the state-owned Slovak Bus Transport (SAD). ŽSR will raise ticket prices by 35% to 50% in January, while bus tickets will jump by 20% by July 1999.

But while the Ministry of Transport, Post and Telecommu-nications expects the increased fares to pour millions into the near-bankrupt corporations, the companies themselves predict that the benefit of the hikes will be offset by fewer travellers and higher costs.

"It would be unrealistic to expect the increase to bring ticket prices up to market value," said Emil Binda, the director of SAD's Bratislava office. Binda explained that transport companies must pay market price for fuel and other inputs, but have their revenues set at below-market levels by the state.

The ministry, meanwhile, says that the hikes were meant to keep the losses of bus transport companies to a minimum, but agrees that the effect will be small.

Speaking at a November 25 press conference, the ministry's director of road transportation, Jozef Tisovský, said that all 54 SAD branches in Slovakia make regular losses on public transport. Together, he said, SAD's losses totaled 135 million Sk ($3.7 million) in November alone. But Tisovský conceded that because of inflation and higher costs, even the proposed 20% increase would likely only bring an increase of 3 to 5% in SAD revenues.

Eduard Vaník, an economic expert with the Bus Transporters Association (ZAD) advocacy group, agreed that 20% was the absolute ceiling for ticket price increases.

"Further increases would not have any effect," he said, explaining that passengers might refuse to pay higher prices and companies would actually lose a large number of their customers.

"The ministry's biggest problem is its high debt to equity ratio, and this is most critical at Slovak Railways," said ministry state secretary Ľudovít Macháček at a December 2 press conference. "The lack of available financial sources has a serious impact on the working discipline of employees, chiefly in connection with worries about non-payment of wages," he said.

According to Macháček, the deep crisis at ŽSR, even more than with the bus lines, had made a fare increase vital. "The proposed fare increase in passenger transport could at least partly help to settle the current critical situation in the sector," he said.

The ministry, Macháček said, was considering two alternatives. The first was to increase passenger fares by 35%, which would bring prices back to 1995 levels, adjusted for inflation.

Such an increase, according to a ministry study, would add an additional 600-700 million Sk ($16.7 - 17.2 million) to current revenues from passenger rail transport, which range from 1.5 to 1.7 billion Sk ($41.7 to 47.2 million). However, the ministry calculations assume that passenger numbers will remain stable, while ŽSR expects a 9% drop in passengers if the increase is effected.

The second alternative is a 50% fare increase, which would cause a 17% fall in passengers. Macháček would not say which option would be adopted. "Both proposals must be discussed by the council of economic ministers and the cabinet first," he said.

But according to Peter Mihók, president of the Slovak Chamber of Commerce and Industry, cabinet should take more than just transport firms and their customers into account when considering the fare hikes.

"These measures will create other problems, because unemployment in Slovakia is very regional, and people must travel if they want to work," he said. "If there will be an increase, it will naturally block the movement of people who want to work."

Mihók added that the fare hikes could even heighten social tensions in the country. "The second danger is that, as I am practically sure, the trade unions will ask companies to pay for the increase in prices, which will create more tensions with employers. From the point of view of the companies, of course, it is impossible to increase costs, because they do not have any money."