In the waning months of the administration of former Premier Vladimír Mečiar, the managements of several large Slovak companies and financial institutions made changes to the statutes of their firms. The new rules almost universally required an unusually high quorum of shareholder support to oust senior management or alter the development strategies of the firm.
Stock market analysts said that the statute changes had been intended to insulate the owners of companies who had close ties to Mečiar's HZDS party from revenge firings by an incoming administration. But the changes may ultimately also discourage foreign investors from buying into firms they will never have the power to control. 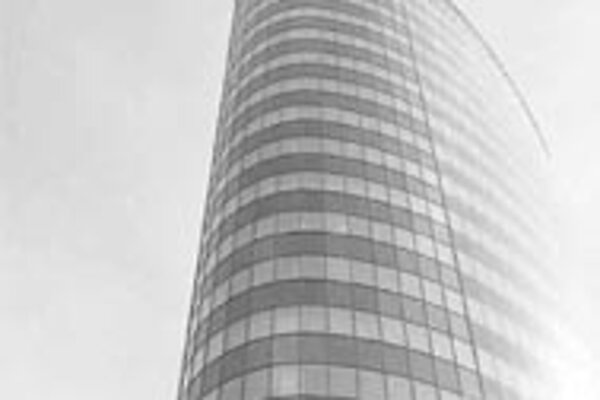 Font size:A-|A+  Comments disabled
In the waning months of the administration of former Premier Vladimír Mečiar, the managements of several large Slovak companies and financial institutions made changes to the statutes of their firms. The new rules almost universally required an unusually high quorum of shareholder support to oust senior management or alter the development strategies of the firm.

Stock market analysts said that the statute changes had been intended to insulate the owners of companies who had close ties to Mečiar's HZDS party from revenge firings by an incoming administration. But the changes may ultimately also discourage foreign investors from buying into firms they will never have the power to control.

"All of these changes were made deliberately, mainly at companies where the state had strong influence," said an analyst at a foreign bank who asked not to be identified. "It was a clear effort on the part of the previous government to protect its position in these companies."

The General Credit Bank (VÚB) and the Slovak Insurance Company (SP) are two of Slovakia's largest financial institutions. Both changed the statutes of their companies (VÚB in 1997 and SP in 1998) to block significant restructuring decisions as well as board member removals.

In the case of SP, a shareholders meeting on October 15 voted to change the state insurer's statutes so that a two-thirds shareholders majority would be needed to make changes to the company's board of directors and its supervisory board. SP controls around 60% of Slovakia's insurance market with assets of 33 billion Sk ($920 million) at the end of June, 1998.

The new cabinet has had little problem deciding what to do with state-owned financial institutions that have changed their statutes to protect management jobs. The state owns approximately 51% of both VÚB and SP, but because of the two-thirds statute, the government has been unable to make personnel changes at the institutions.

A new Law on Strategic Companies, submitted to parliament on November 12, is set to change all that. Strategic companies, according to the original definition of the Mečiar government, were those firms considered vital to the health of the national economy, and in which the state prefered to maintain majority control.

"The main aim of the law on strategic companies is to recover the influence of the state on these companies," said Viliam Vaškovič, state secretary at the Finance Ministry, explaining that "the high quorum has blocked the influence of shareholders on the companies' activities."

Vaškovič explained that in the case of strategic companies like VÚB and SP, the law would allow the state, as a simple majority shareholder, to make personnel changes "mainly in appointing and changing general management."

The situation is far more complicated with large privately-owned corporations that have undergone the same statutory changes. Although corporate restructuring is a vital element of the new cabinet's programme, the process is endangered by entrenched managements which cannot be treated in the same cavalier style as the managements of state firms.

An October 23 shareholders meeting at VSŽ Holding, the country's largest industrial company, approved changes to company statutes so that supervisory board shuffles at VSŽ now require the support of two thirds of shareholders attending a meeting. Members of the board of directors, meanwhile, can be removed by no one but the supervisory board.

Ivan Chodák, an analyst with CA IB Securities, added wire producer Drotovňa Hlohovec, machinery firm Považské Strojárne and paints producer Chemolak Smolenice to the list of large firms which have enacted the two-thirds clause. Hlohovec was the 44th largest non-financial company in Slovakia in 1996 with net revenues of 2.4 billion Sk ($67 million), while Považske Strojarne was 47th with 2.2 billion Sk in revenue. Blue chip firm Smolenice, in fact, now requires an 80% quorum for major changes. All three companies are listed on the Bratislava stock exchange.

In finding a way to deal with these statute changes, the cabinet has had to balance the objective of minority investor protection against market principles that insist on the freedom of companies to enact their own rules.

"I don't know whether it's a good way [to legislate that a simple majority should be a decisive quorum], because in that case we would basically restrain development of the capital market," said Ján Sabol, state secretary at the Economy Ministry. "On the other hand, while we want the major shareholder to be able to control the company up to a certain level, it is also necessary to strengthen the legal positions of minor shareholders."

The Finance Ministry's Vaškovič said that the government would essentially have to rely on the good will of the existing managements. "I think the companies [that have the high quorum implemented in their statutes] will have to react flexibly to offers from foreign investors," he said, adding that the state should still play an advisory role. "Businessmen always react according to the general business environment, so it is very important that the state and the government say what they can tolerate and what's is unacceptable."

CA IB's Chodák, however, said that the statutes problem could discourage foreign investment. "If a foreign investor saw the two-thirds quorum needed to make changes in management, he would certainly request a change in the company's statutes before signing an agreement. Otherwise, he wouldn't invest," Chodák said.

Považská Strojárne's share prices have already registered negative investor reaction to the company's statute changes, according to Marek Jakoby, an analyst with economic think tank MESA 10. Považske's shares fell from 164 Sk to 50 Sk in mid July. "Now, when an investor sees the state of things in a company [with a high quorum required], he isn't interested. Simply, nobody will put his money into a business if they won't have an influential word," said Jakoby.

Sabol conceded that the Economy Ministry could not alter the quorum for changes in private companies. "That's a matter of legal norms and their internal decisions," he said.

But Vaškovič argued that the confidence and trust of foreign investors in Slovak companies could be considerably increased with the passage of laws protecting minority investors. "There are several steps that should be taken," said Vaškovič, "mainly steps which would prevent the shifting of assets from one company to another, and thus prevent the almost legal looting of these companies."

Vaškovič said the Finance Ministry was preparing a Law on Collective Investment, as well as other laws which should strengthen the positions of minor shareholders. Although he would not divulge details of the planned measures, he said that minority shareholders would benefit from at least one change. "If a shareholder has serious suspicions that management is making transactions which damage minor shareholders, he would have the right to call for an audit."