"No obstacle" to Slovak EU integration

After the official appointment of Slovakia's new cabinet on October 29, a flurry of international diplomatic visits encouraged the new cabinet to think positively of its chances for early European Union integration. The Slovak Spectator asked Christian Bourgin, Chargé d'Affaires of the European Commission Delegation in Slovakia, how he thought the recent political changes in Slovakia had been received by EU and EC officials. 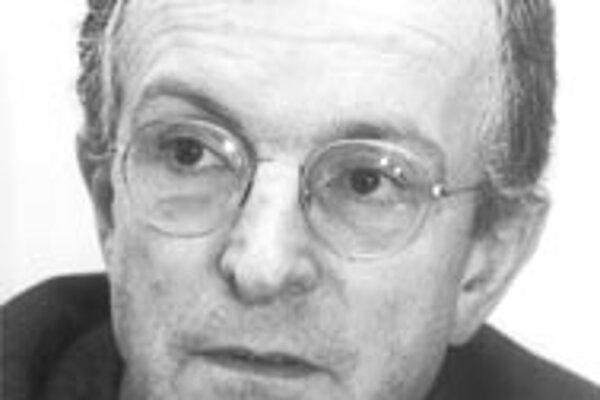 Font size:A-|A+  Comments disabled
After the official appointment of Slovakia's new cabinet on October 29, a flurry of international diplomatic visits encouraged the new cabinet to think positively of its chances for early European Union integration. The Slovak Spectator asked Christian Bourgin, Chargé d'Affaires of the European Commission Delegation in Slovakia, how he thought the recent political changes in Slovakia had been received by EU and EC officials.

Christian Bourgin (CB): For those who have witnessed these events, especially the September elections and the developments that occured later, it's of course exciting to see good progress being made in terms of democracy and in terms of the new orientation of the country. For our part, as foreign observers, we are also rational and we watch for concrete steps in political development and the pre-accession process. As [Czech President Václav] Havel said, this surely is an historic moment in [Slovakia].

TSS: Is there any reason to believe that Slovakia will be included in the first group of countries applying for EU membership?

CB: The EC report on this point is clear. It says that there is a window of opportunity for Slovakia to enter the first group. There is no ambiguity [on the point that] negotiations with Slovakia should begin as soon as possible, but the question is when. I personally do not feel that it is very important to set the date, as long as we know that in 1999, the goal will be to extend negotiations on first group [entry] to other countries. If Slovakia lives up to its intentions, I see no reason why it should not be included in the first group.

TSS: What are the basic differences between Slovakia and the countries now included in the first group for accession?

CB: The differences are in the degree of preparation. It is a matter of political criteria, and we believe that Slovakia will soon be ready to fulfill these criteria, which was not the case before [the September elections]. There are also economic criteria, and the acquis [the degree of harmony between the Slovak legal system and EU legislation] criteria. The countries in the first group are considered to be more advanced in terms of economic preparation, of their abilities to resist competitive pressure, of the transparency of the economic process and of their readiness to become market economies. On the acquis side, the degree of approximation between their legislation and European law, and also their ability to implement these laws, is a very important aspect. I wouldn't say, though, that Slovakia is lagging far behind, I would say that it is very near to the others on these criteria. The difference can be overcome in a few months' time. In the meantime, there is no obstacle that would prevent Slovakia from progressing in its economic and acquis criteria at the same pace as the countries of the first group.

TSS: Which economic problems are slowing Slovakia's accession progress? How should the Slovak government approach these problems?

CB: The economic situation, which has been inherited from the past, is at the moment not optimal. Before elections we witnessed a direction which was still marked with state intervention. It was not leading to the Slovak economy's becoming a market economy. We would expect Slovakia [now] to develop a more liberal and more transparent approach. Slovakia has to tackle the problem of its fiscal and current account deficits, to achieve more coherence between fiscal and monetary policies, to restructure the banking and corporate sectors, to create an adequate framework for more openness, more transparency and less state intervention.

TSS: Which supporting programmes can Slovakia use to speed up the pre-accession process?

CB: The main financial programme is PHARE, and it is good news for the new government that the amount of money available for the next year is quite considerable [up to 100 million ECU]. We also have a certain flexibility in raising funds for the countries in the second group, which we call 'pre-in' countries. We have the so-called 'pre-in' facility for additional money and Slovakia may request support from this fund. More than 50 million ECU is there for 1999, and Slovakia could have a good share of it. A high-level working group between Slovakia and the EC has also been created in order to monitor developments, and further financial or other support could be discussed within this framework.