Two views on the origins of VSŽ's financial crisis

The government:
Jaroslav Volf , a deputy with the ruling SDK party and head of the Parliamentary Committee for Economy, Privatisation and Entrepreneurial Activities, told The Slovak Spectator that VSŽ's current management team would have to go before the state would agree to bail the company out.
The opposition:
The Slovak Spectator asked Milan Cagala, former Economy Minister and a deputy with the HZDS opposition party, what he thought about the recent troubles of giant steelmaker VSŽ. 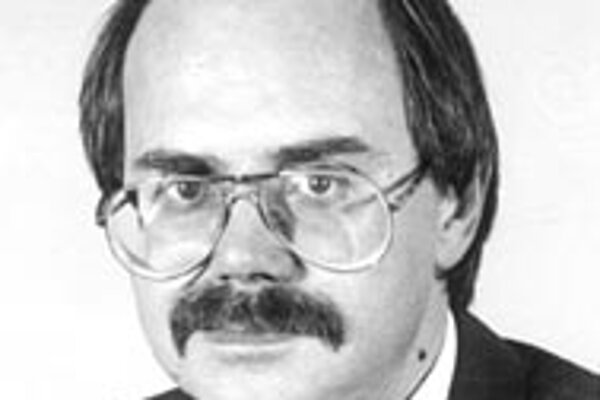 Jaroslav Volf , a deputy with the ruling SDK party and head of the Parliamentary Committee for Economy, Privatisation and Entrepreneurial Activities, told The Slovak Spectator that VSŽ's current management team would have to go before the state would agree to bail the company out.

The Slovak Spectator: What do you think of the recent crisis at VSŽ?

J.V.: I wouldn't call it a recent crisis. VSŽ's current state is the result of a long-term crisis in the present management, which did not make the development of the company its priority. The blame lies squarely on the top VSŽ representatives, who were unable to manage their company.

TSS: Don't you think that the world crisis in metallurgy is also one of the reasons?

J.V.: I certainly agree that the VSŽ crisis has objective origins as well, among them the credibility of Slovakia. But I'm convinced that even in this tough situation management could have led the company in a different direction. But they didn't do their job. I believe that when the political atmosphere in Slovakia changes, the chances of helping VSŽ will increase, and the state will be able to provide a reasonable credit policy [for the company]. But the question is how to do it with the old management?

TSS: Will the government eventually support VSŽ and agree to guarantee the company's loans?

J.V.: You know, the government has a problem. The company employs an enormous number of people [over 25,000], who would lose their jobs [if VSŽ collapsed]. That would cause a huge social explosion. I believe that the state will try to find a way to guarantee the loans, but it will be very hard to do it with the current VSŽ management.

TSS: Will the government have the power to make changes to the company's management?

J.V.: Not directly, but we can now see some motion within the management itself. Some managers have already realized that the situation is becoming unbearable. So I believe that the process of change will begin from within the company and will be natural.

TSS: Does this mean you foresee a positive future for VSŽ?

J.V.: Yes, I do see it in positive light. Its future is connected with our aim to become a member of the EU, so the government should support the company and help it through its foreign contacts. I also believe that the current management will be changed and that VSŽ directors will be more interested in their company's development than in making acquisitions that promote the firm at the expense of its financial health.

The Slovak Spectator asked Milan Cagala, former Economy Minister and a deputy with the HZDS opposition party, what he thought about the recent troubles of giant steelmaker VSŽ.

TSS: What is the status of VSŽ in the context of the overall Slovak economy?

Milan Cagala: VSŽ is naturally still a very important company, despite its recent problems. However, their problems have not only domestic roots but also foreign ones. Sure, they might have reacted [to their difficulties] sooner, but despite that we have to concern ourselves with the affairs of this company.

TSS: The current government coalition often says that links between VSŽ management and the HZDS party were one of the main reasons behind the company's worsening results.

M.C.: I think that top management should be non-partisan, even though it always plays ball with some political party. It happens everywhere, also in America, so I think that these ties are based only on the company's sympathy with the party, and not that top managers [of VSŽ] are at the same time top representatives of HZDS [note: Alexander Rezeš, President of VSŽ, was the leader of the HZDS election campaign, while Ján Smerek, Head of VSŽ's Supervisory Board, is a HZDS deputy and the party's point man on government negotiations after elections].

TSS: Given the world crisis in metallurgy, do you think that VSŽ would have found itself in such troubles even if they hadn't made serious managerial mistakes?

M.C.: I'm not so deep into this issue that I could judge it, but I certainly think that the reason behind the crisis is not what some people claim it to be - ties between the HZDS and VSŽ.

TSS: What do you think VSŽ's future looks like?

M.C.: I think that the solution is simple and complete. VSŽ has been declaring for a long time that they need foreign capital, just like other Slovak companies. A good example of that is [the joint venture between VSŽ and] US Steel. I think they are aware of this need and management is working on solutions.

TSS: The company, besides other changes, plans to sack over 2,000 people. What do you think of the social costs of restructuring VSŽ?

M.C.: Listen, I visited eastern Slovakia during the election campaign. The rate of unemployment is 30% and we lack professionals, so I believe there's going to be enough of them.