Eduard Kukan, Slovakia's new Foreign Minister, was born in 1939 in Trnoverc nad Váhom, a small village in western Slovakia. He studied foreign policy at the Institute of International Relations in Moscow, and then later received a PhD in law at Charles University in Prague.
Kukan is a career diplomat, who has served at missions in Zambia, the US and Ethiopia. He was also the Ambassador of the former Czechoslovakia, and later of Slovakia, to the UN in New York. He served as Foreign Minister in the 1994 Moravčík government. He speaks fluent English, Russian, Czech and Swahili, and is married with two children. 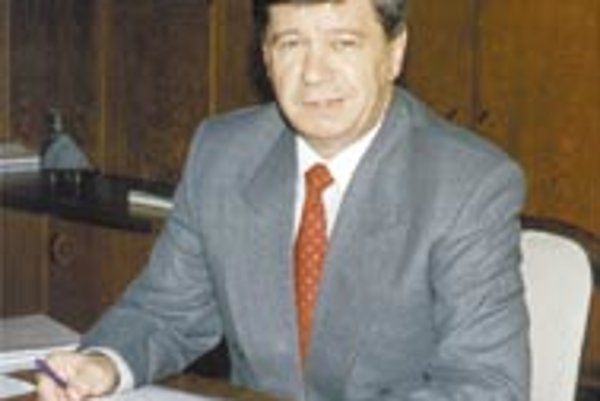 Font size:A-|A+  Comments disabled
Eduard Kukan, Slovakia's new Foreign Minister, was born in 1939 in Trnoverc nad Váhom, a small village in western Slovakia. He studied foreign policy at the Institute of International Relations in Moscow, and then later received a PhD in law at Charles University in Prague.

Kukan is a career diplomat, who has served at missions in Zambia, the US and Ethiopia. He was also the Ambassador of the former Czechoslovakia, and later of Slovakia, to the UN in New York. He served as Foreign Minister in the 1994 Moravčík government. He speaks fluent English, Russian, Czech and Swahili, and is married with two children.

Slovakia's new government has already addressed the leaders of both NATO and the European Union, asking that the country's exclusion from the group of nations being prepared for early admittance to the western bodies be reconsidered. Kukan told The Slovak Spectator why he thought his country's chances of rejoining the front-runners looked good.

The Slovak Spectator (TSS): How will you prepare Slovak citizens for disappointment if the EU and NATO don't respond as positively to Slovakia's bid for fast track status as you would like?

Eduard Kukan (EK): When we speak about the Vienna Conference [of EU Ministers from December 11-12, at which Slovakia's status is to be discussed], we always say that we are going to give it a try, but time is very short and it would be a real magic trick if we succeded in getting Slovakia transferred into the group of countries with which the EU is holding negotiations for full membership. But we are going to try anyway, because we have a much better chance to be transferred during the German Presidency [of the EU] during the first half of next year. So we are going to tell the truth to people, and we are not going to raise their expectations that everything will be accomplished at the Vienna Conference. After all, EU membership is a long-term process that will take several years. But the new government really wants to send a very strong message that it has no reservations or speculations or question marks regarding EU membership. The new government views it as the only possibility for the future development of Slovakia. But we understand that [on November 4, the first EU review of Slovakia was] adopted, so in practical terms, there is not enough time for the new government to achieve tangible results. So I don't think people should be disillusioned or dissatisfied because the work which is going to be done before the Vienna summit will have its effect in the first half of 1999.

The signals we are getting [from high-level EU sources] are that there will be positive mention of Slovakia's rate of development, including the free and fair democratic elections, the high turnout and the massive participation of citizens in the elections and the fact that people voted for those parties which have a clear standpoint on the EU. Also, the fact that the first visit of the Prime Minister [Mikuláš Dzurinda] is going to be to Brussels [on November 4], and then to Vienna for talks with Austrian Prime Minister [Viktor] Klima, these are again clear signals on what will be the real aims of Slovak foreign policy.

TSS: Of all the changes which the EU has recommended in Slovak legislation, which will be the greatest priority for the new government?

EK: We have already started this process, for example with the organisation of Parliament, and the fact that the opposition has already won the post of deputy speaker and has the chairmanship of six Parliamentary committees - these are radical changes from what we saw during the last four years, when the opposition was not represented in any committee nor in the leadership of parliament. Then we are going to present to Parliament a law concerning the use of languages by national minorities, which is a more complicated piece of legislation that cannot be done in 10 days or two weEKs, but which take up only the shortest possible legislative time. Then we are going to elect a President, hold local elections...These are seemingly small things, but they are all part of the so-called 'deficit of democracy' in Slovakia for which Slovakia has been criticised.

TSS: During negotiations on the formation of the government in October, the SDK compromised a great deal, certainly more than the other parties in the coalition. To what extent was this spirit of compromise connected with the EU's desire that Hungarians be included in the government?

EK: The participation of the Party of the Hungarian Coalition was and is very important for the new political situation in Slovakia, and we considered it as one of the vital issues tzhat had to be agreed upon. But because we wouldn't vote for compromise at any cost, the agreement that was reached was rational andwill stabilise the political situation in Slovakia, and has already sent a positive signal outside.

I think it was necessary to start re-educating Slovak people that they cannot keep looking back to their history. History is important, but we are living today and looking to the future, and in that sense we have to take our Hungarian compatriots as citizens of Slovakia who are living here and should be judged by what they are doing now.

TSS: Is the new government going to hold a referendum on EU and NATO membership?

EK: I don't think it's necessary to hold another referendum. According to the Slovak constitution, the approval of Parliament is sufficient. So we are against it.