A walk down the streets of most Slovak cities gives a clear indication that the mobile phone market is a healthy and thriving business. Nowadays, seemingly everyone, from company executives to secondary school students, can be seen toting and talking on their portable telephones.
This is great news for EuroTel and Globtel, the two companies that currently constitute the entire mobile phone market in Slovakia and which obtained licenses to operate on the Globale Service Mobile (GSM) 900 frequency in January, 1997. Over half a million Slovaks today own mobile phones, over eight percent of the country's total population. 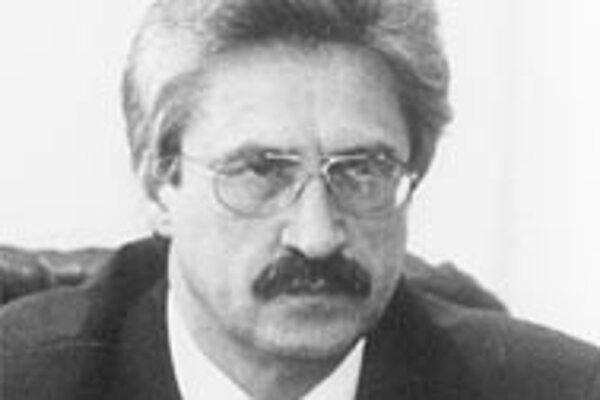 Font size:A-|A+  Comments disabled
A walk down the streets of most Slovak cities gives a clear indication that the mobile phone market is a healthy and thriving business. Nowadays, seemingly everyone, from company executives to secondary school students, can be seen toting and talking on their portable telephones.

This is great news for EuroTel and Globtel, the two companies that currently constitute the entire mobile phone market in Slovakia and which obtained licenses to operate on the Globale Service Mobile (GSM) 900 frequency in January, 1997. Over half a million Slovaks today own mobile phones, over eight percent of the country's total population.

The Ministry of Transport, Posts and Telecommunications, which has jurisdiction over mobile telephony in Slovakia, has been taken aback by the market penetration of mobile phones. Stanislav Vaněk, director of the ministry's regulatory department, cited a study conducted for the ministry by Pyramid Research in January, 1997, which forecast that the 8% mark would not be achieved until the year 2001. "This is an astonishing figure," he said.

Given the unexpected size of the mobile telephony market, the ministry opened a public tender for a second GSM frequency on August 11, expecting to close the contest on September 11 and pick a winner by September 25, the first day of national elections. Two companies entered bids for the new GSM 1800 frequency - Telenor GSM a.s. and Tatrytel a.s..

However, on October 21, outgoing Transport Minister Ján Jasovský said that neither Tatrytel nor Telenor had met the conditions of the tender, and announced that he was therefore cancelling the offer. "Regarding the fact that it was impossible to announce a winner of the tender and grant the respective license, I decided to conclude it and prepare a new international tender," stated Jasovsky.

The move took both Telenor and Tatrytel by surprise. Are Mathisen, managing director of Telenor, complained that "we feel that we met all requirements. We acted professionally... and we would like to know why our offer was not accepted."

The ministry's Vaněk explained that the previous tender had failed because of the efforts of the ministry's top officials to complete the process before elections, leading to poor communication with the applying companies. "These efforts were fruitless," Vaněk said. "In future, these tenders must be approached seriously, and enough time must be given for serious evaluation. Acceleration of the process only leads to mistakes."

However, Vaněk also said that the companies themselves had not fulfilled the tender's five conditions, the most important of which were "documents outlining the financial and technical credibility of the company, submitted on-time and fully completed, and the establishment of a joint venture with domestic entities."

Telenor, according to Vaněk, had had no problems in establishing their credibility. "They are an established, well-known company in the field. But their lawyer added documents after the deadline."

Mathisen contested the charge that the necessary information had not been turned in on time. "The claim about the deadline violation is not correct," he said simply.

Vaněk had harsher words for TatryTel, which he said had also failed to meet the tender conditions. "Tatrytel has no experience with mobile telephones, and wanted to look for a foreign partner after being awarded the license," he said. "Some documentation mistakes were also discovered, further hindering their efforts." TatryTel's approach was "not against the law, but perhaps ethically questionable," Vaněk said, refusing to elaborate.

When contacted by The Slovak Spectator, a Tatrytel representative refused to be interviewed by telephone.

Vaněk said that a new tender was being prepared for December or January, and that the ministry wanted to have a third mobile phone company offering services to the country by the end of next year. The licence, he said, should be granted by June and would be awarded after an auction to be held at the same time.

The country's existing mobile telephony operators said they were excited by the prospect of a new competitor on the market. Jozef Heriban, the director of public relations for EuroTel, said "we are looking forward to the fight... to competing with a third company." Heriban said he was confident that EuroTel would continue to thrive whether or not a competitor entered the market in 1999.

"Globtel and EuroTel will be strong," Heriban explained. "It will be difficult for a third company because the market share [of existing companies] is high and penetration is [high]. It will be difficult to steal market share." Heriban did concede that a third company might enjoy one possible advantage from the higher 1800 frequency, and the fact that the new operator would have exclusive rights to it. "The 1800 frequency is interesting. It will help the company focus on big cities," he said.

Vaněk declared that the price of the new licence fee would be eight million USD, which was "low compared to other countries. A high fee would hurt the customers' interests," which he defined as "new services with good quality and low prices."

However, the fact that the the third tender will be awarded through a public auction means that the government stands to reap much higher financial rewards from the new process. Vaněk agreed that the ministry wanted to get as much as possible "to help our new government," and said that a decent price would be guaranteed. "We will state a minimum bid, ten million USD, for example. If only one company meets the minimum, they will get the tender. Of course, the minimum could be five million or twenty million - we don't know yet."

Mathisen, for his part, said that he didn't believe the new tender had actually been officially approved because his company was still awaiting a final answer as to why their offer had been rejected.

Vaněk conceded that "the auction is still only a proposal. It is not yet an official idea, but I do think that it will be done." If a new auction is declared, Mathisen said his company might be ready to enter the fray again. "We might bid, possibly... but we are still waiting for an official response."