Economists appeal for sense over privatisation

In the realpolitik of Slovak privatisation policy, questions of 'fair play' and 'justice' are slowly being put aside for more functional terms like 'efficiency'. In the latest judgement of independent economic analysts, the privatisation process has succeeded in its main goal - putting state companies in private hands.
Vladimír Zlacký, an equity analyst with ING Barings Securities, shrugs off the political opposition's accusations of corrupt privatisation methods. "Even though the [Meciar-era] privatization process was unbelievably unjust, it was possibly the best way as far as economic efficiency is concerned," he said. 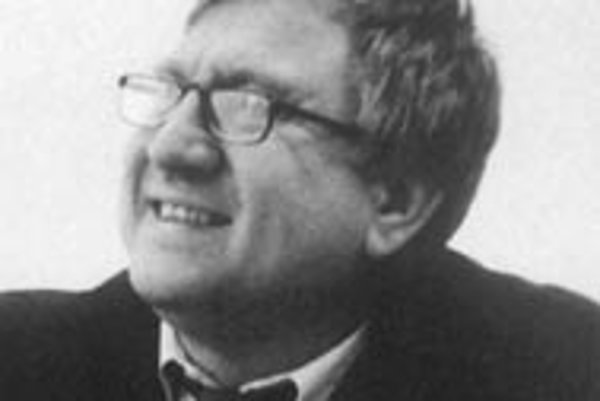 Font size:A-|A+  Comments disabled
In the realpolitik of Slovak privatisation policy, questions of 'fair play' and 'justice' are slowly being put aside for more functional terms like 'efficiency'. In the latest judgement of independent economic analysts, the privatisation process has succeeded in its main goal - putting state companies in private hands.

Vladimír Zlacký, an equity analyst with ING Barings Securities, shrugs off the political opposition's accusations of corrupt privatisation methods. "Even though the [Meciar-era] privatization process was unbelievably unjust, it was possibly the best way as far as economic efficiency is concerned," he said.

Zlacký's opinion, and that of his analyst peers, argues a sea change in the perception of privatisation in Slovakia. Those who now own companies, or who advise them on their current strategy, say that the past should be forgotten in favour of the future: the opposition politicians still baying for blood, meanwhile, are finding themselves increasingly in the minority.

Ján Smerek, Chairman of the Supervisory Board of steel giant VSŽ Holding, dismissed the debate over privatisation fairness as irrelevant. "I'm afraid there is no such thing as a just privatization process," he said. "You can always find someone who believes he should have privatised [something] or that someone else shouldn't have," said Smerek in an interview for the daily newspaper Národná obroda, which is owned by his company. Smerek is fourth on the candidates list of Vladimír Mečiar's ruling HZDS party for the coming parliamentary elections.

Despite Smerek's conciliatory words, critics of Slovak privatisation still say that it caused massive losses to the state. According to data provided by the MESA 10 economic think tank, the sale of privatised enterprises from 1995 to 1998 brough the state only 47.3% of the book value of the companies sold. Under the three previous governments, the figure was 93.6%.

"These are academic debates," said Smerek, explaining that through "the courage of Slovak Premier Vladimír Mečiar," the country had opted to sell off state property to domestic capital. "The amount of money invested cannot be the only criterion. If we had decided to favor foreign capital over domestic, prices for sales could really have been higher," he said.

But analysts said that the new domestic owners had already begun to look for foreign buyers, reversing the government's policy. "You would be surprised by what is going on under the surface," said an analyst working with an investment bank who requested anonymity. "The speed of the sell-off is already quite high, and in the medium term, it is all going to end up in foreign hands," he predicted, noting ironically that many Slovak owners were reluctant to sell their firms because they believed them to be "golden geese." "In fact, only a handful of corporations in Slovakia really lay golden eggs," he said.

The reported sell-off coincides with subtle changes in announced government strategy. "The historical role of the government is going to be to create a strong domestic class of owners," said Mečiar in 1994. But in a recent interview for the daily newspaper Nový Čas, Deputy Premier Sergej Kozlík said that "our aim was a model of transparent owners," omitting the word 'domestic'.

According to Zlacký, foreign purchases of privatized companies are the only chance for Slovakia. "Due to the concentration of ownership, we now have a network of very powerful people here - I would call the economic system a crony capitalist one," he said, explaining that a gradual inflow of foreign capital should help to normalize the situation.

National Property Fund (FNM) Supervisory Board member Ivan Mikloš, who is also a member of the opposition SDK party, was not so optimistic. "Those people and companies who obtained power and influence through privatization are going to keep it even after the elections," he said. "You can't change that in a day. The real issue is how much is change going to cost, and what risks is it going to involve."

Beyond losses to the state and the putative sell-off to foreign investors, opposition politicians remain obsessed by the methods employed during the privatisation process under the current Mečiar government. "There were no known criteria, everything took place behind closed doors," said Viliam Vaškovič, an SDK deputy and Executive Committee Chairman of the state privatisation agency, the FNM during the previous government in 1994. "The whole process was extremely untransparent," he added.

According to Mikloš, the current privatisation methods led, among other things, to "tunneling [stripping a company of its assets or financial property by the person who owns and/or controls it], unknown and hidden owners, export of assets and fusion of economic and political power, all of which deform the economic system."

ING's Zlacký conceded that "instead of restructuring or holding a quick sale, some owners began to tunnel," but said that the real issue was not whether such cases happened, but what proportion of privatised companies they involved.

Brigita Schmögnerová, the economic expert of the post-Communist SDĽ party, claimed that the percentage was very high. "This is what I call a time bomb in the economy," she said. "We have information that many owners have received instructions to keep their companies afloat at all costs until the elections and then they are going to go bankrupt."

According to both analysts and politicians, the fate of the economy following a privatisation depends on whether transparent owners emerge. Zlacký argued that in this respect, privatisation had been a success. "There was a quick transfer and emergence of ownership structures," he said. "Now we have an identifiable owner and we don't have to wait several years for one to emerge like we did in the [cancelled] voucher privatisation process."

But opposition experts disagreed. "In many, many cases, unknown, hidden people bought a major, 35-40% bloc of shares," said the SDĽ's Schmögnerová. "It is ridiculous to speak of transparent owners when they are not willing to admit [they own a company]," added Vaškovič of the SDK.

What is more, many companies are stuck somewhere in the middle of privatisation. Under the system instituted by the current government, privatisers of firms need put only 10% down, and can spread out the remaining 90% in installments over 10 years. "These companies are now semi-private. [Privatisers] will not be real owners until they pay the FNM all they owe," explained Vaškovič.

Analysts and politicians did agree on one point - that speed was the key to privatisation. "It was quick in Slovakia and I believe that was right," said VSŽ's Smerek. "Speed is all-important," agreed Vaškovič, but added an opposition twist. "We will have to quickly examine the legality of privatisation [as carried out by the Mečiar government] and move on."