The controversial basic capital increase at Slovakia's largest insurance company, Slovenská Poisťovňa, took a surprising new twist on September 4, when majority shareholders voted to block registration of the insurer's equity increase. The move prevented the private companies which bought Poisťovňa shares in the capital increase from exercising their ownership rights, and effectively kept the insurer under state control.
But opposition experts and equity analysts were quick to warn that the shareholders meeting had been designed to cover up the attempts of private firms to gain control over the important insurer before September's general elections. 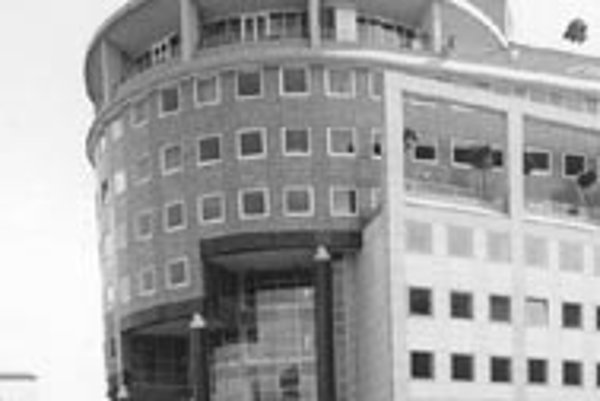 But opposition experts and equity analysts were quick to warn that the shareholders meeting had been designed to cover up the attempts of private firms to gain control over the important insurer before September's general elections. What is more, they warned, even if the election results are unfavourable for the current governing coalition, Poisťovňa's would-be privatisers would still have a full month, between the closing of the polls and the formation of a new government, in which to complete the takeover.

"The result of the meeting brought us to a stalemate situation," Poisťovňa President Karol Melocík said after the shareholders meeting. "Now we need to find ways to secure the rights of those shareholders who bought shares in the capital increase," Melocík added.

But Ivan Mikloš, the economic expert of the opposition Slovak Democratic Coalition, said the results of Poisťovňa's shareholders meeting were misleading, and argued that the move was a temporary one that aimed to quiet the uproar over the eventual privatisation of the insurer.

"The whole matter is a cover up of the situation regarding Poisťovňa's privatisation. We have consulted this matter with lawyers, and it was Poisťovňa's management that should have asked for the registration and not, as they said, the shareholders," said Mikloš, who is also a member of the supervisory board of Slovakia's state privatisation agency, the National Property Fund (FNM).

FNM representatives refused to comment on how they voted at Friday's extraordinary shareholders meeting. The fund also has not released any official explanation of the move, and Mikloš said that even he had not received any explanation of the FNM's actions, despite his being a member of the supervisory board,

"What they will do now is to use this to show it as a move that blocked attempts to take over Poisťovňa. They are playing for time, but they all know that there will be enough time after the elections to finish what they wanted to do now," Mikloš added.

Another equity analyst from an international investment group, who requested anonymity, confirmed Mikloš's opinion by saying that neither Slovakia's securities law nor Poisťovňa's statutes required that shareholders approve a completed basic capital increase before management could ask for registration at the commercial court.

"They could have done it without reference to the shareholders. We can only guess the reasons why they didn't do it, but some political parties may use this to claim that they did a good thing by preventing private owners from taking over Poisťovňa," the analyst said.

He was referring to Premier Vladimír Mečiar's Movement for a Democratic Slovakia (HZDS), whose representatives control the FNM's executive bodies.

Poisťovňa shareholders, including the FNM, approved a basic capital increase of 375 million Slovak crowns (Sk) to 1.875 billion Sk ($52 million) in July. The three rounds of share subscription took place in the first three weeks of August. Before the equity hike, Poisťovňa was controlled by the state through a 50.5% stake held by the FNM.

However, despite supporting the capital increase at July's extraordinary shareholders meeting, initiated by the eastern Slovak steel giant VSŽ, the FNM did not exercise its pre-purchase right for the new shares and did not participate in the capital increase, at least not to the extent of the stake it originally held in Poisťovňa.

According to equity analysts, the results of the first wave of share subscription, when 41.65% of the new shares were sold, indicated that the FNM had lost its majority stake in the insurer, and had managed to skirt around a law that prohibits Poisťovňa's privatisation until the year 2003. Official information as to which shareholders bought shares in the equity increase has not been released, and the property fund has not disclosed whether it subscribed any new shares.

Poisťovňa management claimed that the results of the capital increase had to be approved by the shareholders meeting before they could request registration at commercial court. If the new shareholders structure had become valid, Slovenská Poisťovňa would have become controlled by private owners, of which the largest single shareholder would be VSŽ.

The steel works initially owned 20% in the firm, but opposition politicians accused VSŽ of acting in concert with other Poisťovňa shareholders which allegedly let it control more than 40% of its shares. VSŽ representatives confirmed that the steel producer subscribed shares totalling up to the 20% stake it held in Poisťovňa before the capital hike. But they strictly rejected accusations of trying to take over the insurer.

At the September 4 shareholders meeting, owners of a combined 62.31% in Poisťovňa voted against writing the new basic capital sum into the company's statutes, a process which, Poisťovňa management said, was required before the commercial court could register new shareholders. The outcome of the vote means that the FNM remains the majority shareholder as the new ownership structure cannot become valid.

The extraordinary shareholders meeting was requested by the steel maker VSŽ, which also proposed the dismissal of the FNM representative on Poisťovňa's supervisory board. However, this demand also was not met after unspecified shareholders with 66.57% of Poisťovňa's equity voted against the proposal.

Slovenská Poisťovňa, the second largest financial institution in the country, is one of the most lucrative companies remaining in state hands. Its net profit totalled 1.9 billion Sk in the first half of this year and its assets were worth around 33 billion Sk at the end of June. Poistovna holds around 20 billion Sk in liquid reserve funds and controls more than 60% of the insurance market in Slovakia. But it also owns large holdings in several other firms, including majority stakes in the banks IRB and Istrobanka (see related story, page 1).