"The ability of [VÚB] to continue in its business as a healthy corporation depends on fulfilling the objectives of its loan portfolio restructuring project, the future economic and legal environment and conditions on financial markets as well as on the continuing cooperation and support of the National Bank of Slovakia and relevant government institutions."
Evaluation of VÚB auditor Deloitte & Touche in VÚB 1997 Annual ReportSlovakia's big state-owned banks are in for a major post-election overhaul that should cure their ailing portfolios, say both government and opposition officials, while differing widely on what kind of medicine should be administered.
The central bank (NBS) and Premier Vladimír Mečiar promote the merger of the two country's two biggest banks, Slovenská sporiteľňa (SLSP) and Všeobecná úverová banka (VÚB). Opposition experts, meanwhile, favor selling VŮB to private investors and retaining public control over SLSP. 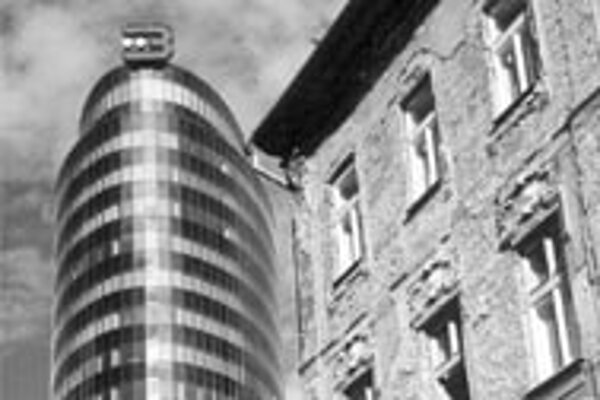 Slovakia's big state-owned banks are in for a major post-election overhaul that should cure their ailing portfolios, say both government and opposition officials, while differing widely on what kind of medicine should be administered.

"When Mečiar proposed the merger in June [1998], he was not pulling a rabbit out of a hat," said Vladimír Hromý, director of National Bank of Slovakia's (NBS) Bank Supervision Department. "He was reading the proposal passed by the NBS Council in 1996."

The NBS proposal, known as the Concept of Banking Sector Development, presents the NBS's concept of what Slovakia's banking sector should look like in 2003, the earliest moment when the country might enter the European Union.

"We proposed a gradual merger of VÚB and SLSP to create a financial holding," said Hromý, explaining that the most difficult and important task - merging the information systems of both banks - would probably take until 2003. "The government would keep its so-called veto share of 34%," he added. Under Slovak law, important decisions such as changes in capital stock require the support of shareholders holding at least 67% of shares. With 34% of stock, the government would still have a say in the banks' privatisation processes.

For Hromý, the aim of the banking sector concept was to improve the portfolios of the two biggest banks. "Both banks have huge general operating expenses running to several billion crowns each year," he said. "The savings produced by the merger, together with the sale of some of their property, would enable the banks to get rid of their bad loans in just two years."

VÚB alone has 35.3 billion Sk ($1 billion) in classified loans,for which it has created only 17.6 billion Sk ($490 million) in provisions, according to its 1997 Annual Report. SLSP does not publish figures on its bad credits, but its provisions reached 15 billion Sk ($400 million) last year. But Hromý said these figures did not give an accurate picture. "We have the same tough regulations as they do in the EU," he explained. "Therefore, most of the so-called bad loans are not really non-recoverable. My estimate is that at VÚB, only 5-6 billion Sk is really lost and needed," he said.

Vladimír Zlacký, an analyst with ING Barings Securities in Bratislava, said that he saw some positive elements in the NBS project. "I don't think it is a bad idea," he began. "[Through a merger] Slovakia could gain a bank that is important within the central European context." But Zlacký warned that the participation of the government would only hinder the necessary changes. "With government control, real restructuring or radical overhaul is not likely," he said.

Neither bank has so far taken any dramatic steps to restructure under government control. Although both VÚB and SLSP have participated in the government's loan portfolio restructuring project since 1995, they have yet to reach the standard capital adequacy figure of 8%: VÚB stood at 6.2% at the end of 1997, and SLSP at 7.42% as of June 30, 1998 according to Stanislav Križan, SLSP's marketing director.

Economic experts from opposition political parties agreed with Zlacký that the government should not be directly involved in the healing process. "The most important thing is to make these banks strong and healthy," said Ivan Mikloš, the economic expert of the biggest opposition party, the Slovak Democra-tic Coalition (SDK). Mikloš, who dismissed the merger plan as "a union of the lame and the crippled," claimed that the only solution for VÚB was "to let foreign investors in."

Brigita Schmögnerová, a former Deputy Premier and a member of the reformed communist Party of the Democratic Left (SDĽ), was less enthusiastic about privatization. "It is more important to get them into good shape than to privatize them," she said. However, she was certain that "the VÚB and SLSP portfolio problem must not be solved by their merger." Both the SDK and the SDĽ advocate keeping SLSP in state hands for the next four years, while agreeing that VÚB should be privatised, with varying degrees of urgency.

As a bank, SLSP is both a politically and economically sensitive institution. A monopoly savings institution during the Communist period, it still holds nearly 30% of all bank deposits in Slovakia, according to the SLSP's Križan, and serves as the principal lender on the interbank market. What is more, SLSP holds over 80% of the funds deposited by private citizens, making it a political hot potato.