When was Ericsson Slovakia established? What does the company focus on?
The Slovak branch of Ericsson was founded in 1991, after a long history of the company's activities on the local market since the beginning of the 20th century. Up to the year 1996, the current branch was mostly oriented towards the private sector in areas of business communication, enterprise networks, and data transmission. When Ericsson became the supplier of the EuroTel GSM infrastructure at end of 1996, the focus moved strongly towards the core business: supplier of telecom solutions to public operators. 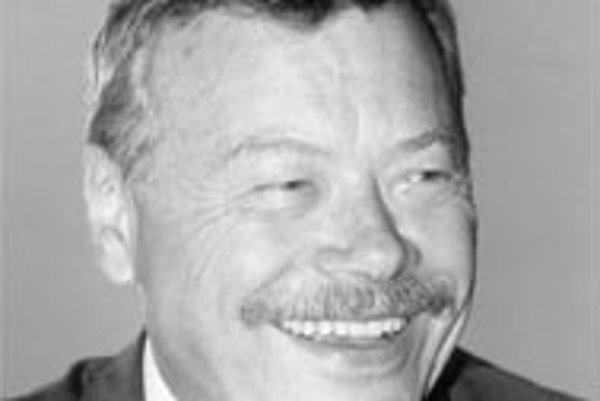 Font size:A-|A+  Comments disabled
When was Ericsson Slovakia established? What does the company focus on?

The Slovak branch of Ericsson was founded in 1991, after a long history of the company's activities on the local market since the beginning of the 20th century. Up to the year 1996, the current branch was mostly oriented towards the private sector in areas of business communication, enterprise networks, and data transmission. When Ericsson became the supplier of the EuroTel GSM infrastructure at end of 1996, the focus moved strongly towards the core business: supplier of telecom solutions to public operators.

What is the position of Ericsson on the Slovak market as compared to the world market?

The company had a tremendous 35% year-on-year increase in sales in 1997 and this progress is continuing in 1998. Moreover, according to an independent evaluation published by the prestigious American magazine "Global Mobile," during the first half of this year, Ericsson gained up to 45% of all world orders for providing mobile communication systems (based upon published contracts and their value). According to the same source, the closest competitor reached 16.4%. In general, Ericsson's market share throughout the world is continuing to show strong expansion. This applies to all business areas, fixed networks switching and access (+23% sales), the market for mobile systems and mobile phones and the emerging market for Internet-based telecommunications and data-systems. Apparently, the company is growing rapidly and so is the daughter company in Slovakia. Ericsson has become one of the key providers of mobile and radio networks and technology suppliers, as well as the most successful mobile phones provider on the market. Concerning the background of our company here, though, Ericsson Slovakia is fully integrated into our mother company structure in Sweden and profits locally from the progressing success of Ericsson Corporation at world markets.

What are the main areas of Ericsson's activities in Slovakia?

One of the most important steps in developing the company was taken in 1996, when Ericsson was assigned the contract to supply the Eurotel infrastructure. Thanks to enormous efforts from our side and the professionalism of the customer, the roll out of the GSM system was extremely fast without any major problem. With this project Ericsson Slovakia moved into the core business of Ericsson - Supply of telecommunications solutions to operators, which has thus become the main area of the company's activities on the Slovak market. Since 1996, Ericsson Slovakia enjoyed an incredibly fast growth, as a supplier of mobile network for Eurotel, large enterprise networks (switching and transmission equipment) for large private organisations and Slovak government entities, including a countrywide fixed and

mobile network ( PBX's and a Ttrunked Mobile Radio ) for the Slovak Gas Industry (SPP). In the field of transmission technologies, Ericsson provided a large number of microwave links all around Slovakia. Also, what has to be mentioned is that during the recent year the company has become the leading supplier of cellular phones on the Slovak market. Based upon an (independent) survey a few weeks ago, I was very pleased to learn that for mobile phones the Ericsson brand name has reached the highest awareness on the market.

What are the specific features of the Slovak market?

One of the most impressive aspects of the Slovak market is an interestingly competitive environment in the field of mobile telecommunications. This competitive environment, that Slovakia is offering, provides an advantageous atmosphere for quick market expansion, the telecommunication systems are growing incredibly fast, so is the subscriber base, and the conditions for users are extremely attractive. And I believe that Ericsson plays a significant role in contributing to this development.

Which elements of the Slovak market need improvement?

The growth of the telecommunication sector depends on each country's economy, which is closely related to the growth of GDP. It means that the country's prosperity would positively influence the development of telecommunication, but on the other hand the development of telecommunications is an important factor fomenting the progress of the national economy. In the case of Slovakia, growth on the mobile telecom side is very impressive thanks to competition. What is very important in my opinion is to extend the competitive environment as much as possible also towards the fixed telecom network monopoly (which exists to the year 2003). Privatisation of the national operator, with the participation of an international operator coming from a competetive environment, would boost the growth of the fixed network to become prepared for the forthcoming liberalisation of the market. Ericsson is able to provide innovative and competitive solutions for the further upgrade of the fixed network. I personally believe that Ericsson can contribute significantly to the fast development of these areas.

What new projects is Ericsson working on?

Ericsson is a worldwide technology leader. This does not mean that our company is technology driven, our company is strongly market oriented. To meet the demand of the future, Ericsson is playing a key role in the development of next generation technologies. Earlier this year ETSI, the European standardisation body, accepted the so called WCDMA (Wideband Coded Division Multiple Access), as the standard for the third generation mobile systems. Ericsson, leading the development in this field, has been the main contributor and supporter of this new standard. This technology of the next generation has been promoted and already gained acceptance in Japan and the Far East with Ericsson confirming its leading position as supplier. Hopefully, this new standard will become a real world standard of mobile multimedia communication.

What are the new advantages of Ericsson's presence on the Slovak market? What are Ericsson Slovakia's plans for the nearest future?

Further to our dedication in the more traditional field of fixed and mobile communication, Ericsson Slovakia is providing attractive solutions for Intelligent Networks (IN), for IP Telephony as well as for Access to the Internet from either fixed or mobile networks. Ericsson recently launched on the Slovak market the SH888, the new dual band mobile phone, new data gears for the mobile office as well as the MC16 a small palmtop computer, For the user this new equipment will open up for new possibilities, supporting full mobility, providing access via GSM to Internet and data communications at any time.

At the forthcoming TIS 98, the info-technology fair in Žilina, Ericsson is presenting attractive solutions for mobile communication, the new generation of Ericsson's public switching system AXE, new data switches and other equipment and solutions that would show what can be done to improve the world of telecommunications. Considering the future of Ericsson in Slovakia, I strongly believe our company will further increase the pace of growth. During recent years, Ericsson has multiplied its performance in Slovakia. I am fully convinced that there is still room for further growth. Ericsson is a company bringing innovation, advanced technology with many other competetive advantages to the Slovak market. Definitly we will do our best to provide these advantages to the good of the operators and - most important - for the benefit of the end user.