Seven months ago, the top brass at VSŽ, the East Slovak steel mill, came to the National Bank of Slovakia (NBS) with hats in their hands, begging the central bank to save Investičná a rozvojová banka (IRB). As the bank's majority owner, the steel giant had been accused of almost sinking it by allegedly siphoning its funds.
After last month's takeover of the IRB by the largest Slovak insurer, Slovenská Poisťovňa (SP), VSŽ now seems determined to get the IRB back through increasing its influence in the SP itself. 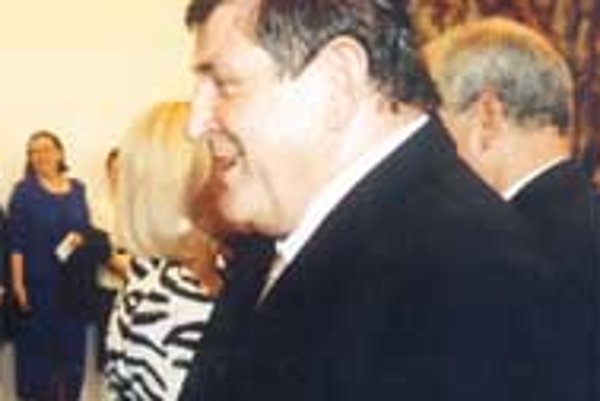 Font size:A-|A+  Comments disabled
Seven months ago, the top brass at VSŽ, the East Slovak steel mill, came to the National Bank of Slovakia (NBS) with hats in their hands, begging the central bank to save Investičná a rozvojová banka (IRB). As the bank's majority owner, the steel giant had been accused of almost sinking it by allegedly siphoning its funds.

After last month's takeover of the IRB by the largest Slovak insurer, Slovenská Poisťovňa (SP), VSŽ now seems determined to get the IRB back through increasing its influence in the SP itself.

Some experts warn that the giant steel maker might do to the SP what it did to the IRB - render it nearly bankrupt and then push for a government bailout. On June 16, Premier Vladimír Mečiar's former ally was installed as SP's head, coincidentally the same day Mečiar announced that his government aimed to merge the SP with the IRB (see story, page 1).

The government still owns 50.5% of SP shares via the National Property Fund (FNM) and privatization of the SP is legally banned until after 2003. But the law contains a loophole, as it fails to specify what form of privatization it bans. "If there is a subscription of a new stock and the FNM does not subscribe, it will lose its majority," said Viliam Vaškovič, economic expert of the opposition Democratic Union.

It will be difficult for the cash-strapped FNM to come up with the money necessary for any capital increase. On July 1, the FNM borrowed 1 billion Sk ($28.57 million) in a repo trade in order to repay some of the bills worth 124 million Deutsche marks ($68.37 million) issued last January. Ironically enough, the lender in the repo trade was Slovenská poisťovňa.

Edita Bukovská, CEO and Chairperson of the SP Board until June 15, stressed that the SP really needed new capital and would have to get it sooner or later. In an interview for the independent SITA press agency, Bukovská said that an Extraordinary General Meeting to be held on July 9 should approve at least, a 500 million Sk capital hike in the SP. According to the latest information, the EGM has been rescheduled for July 15.

According to SITA, Sergej Kozlík, the Deputy Prime Minister, confirmed that the increase was intended but threw responsibility at the FNM, which would have to approve the hike as the majority shareholder.

The current capital stock of the SP is 1.5 billion Sk. VSŽ is the second largest shareholder with 20.5% of shares. As its vice-president Jaroslav Billík told the Národná obroda daily, the corporation was interested in increasing its stake in SP and would subscribe to as much stock as it can.

Vaškovič said it was not wise to allow the SP be taken over by "the same group that had a lot to do with the IRB ending up the way it did." In his opinion, the steel mill only wanted to resume control over the IRB via the SP. "What they screwed up in the bank, they now want to cure with [SP], which can, consequently, bring [the insurer] into trouble," he said.

Meanwhile, preparations for the takeover are being prepared. Bukovská, who was installed in 1996, was replaced by Karol Melocík, who was a deputy for Mečiar's HZDS in the Czechoslovak Federal Assembly until its dissolution at the end of 1992.

During Mečiar's second term which ended in March 1994, he worked in a managerial position at the Government's Office. Before his appointment as the head of the SP, he was the CEO of VÚB Investment Holding.

An inside source from Slovenská poisťovňa who requested anonymity said: "Melocík's appointment was clearly a political move."

The source, however, thought that the new position was Melocík's reward for services provided rather than the installation of a hatchet man.

It is worth noting that Alexander Rezeš, who controls most of VSŽ shares and whose son, Július, is VSŽ President, is currently the HZDS's campaign manager.

Although VSŽ has been a major shareholder in both the IRB and SP for the past two years, it was only last month that these two companies began merging into one. In other words, this game is about a big fish swallowing a smaller fish.

Law of power vs. power of law

On June 10, Slovenská poisťovňa acquired a majority in IRB by subscribing to new shares worth 2 billion Sk and increasing the bank's capital stock to 3 billion Sk. However, it was not enough to keep the bank afloat, according to Brigita Schmögnerová, economic expert of the opposition Party of Democratic Left (SDĽ).

"SP is not a sufficiently strong investor and is not going to be able to restore confidence in the IRB by itself," Schmögnerová said. Her view was corroborated by Vladimír Masár, the NBS Governor, who also urged the IRB shareholders to obtain more capital.

The June 26 Annual General Meeting of the IRB complied - in a way. It authorized the bank's Executive Board to approve the new capital hike, but limited it to 1 billion Sk, hence preserving the SP's dominance of the IRB. Therefore, whomever controls Slovenská poisťovňa will control the IRB.

Even though the insurer now controls two-thirds of IRB shares, Mečiar still announced that the government was taking steps to facilitate an outright merger of the two.

Reactions were mixed to the news. "I assume IRB and SP are not going to merge," said Michal Baránik, a HZDS deputy, adding that it might not even be legally possible while one institution is an insurer and the other a bank.

"Banks can merge with non-banking institutions," said Ján Onda, the NBS spokesman, noting that prior approval would be necessary from the NBS and the Finance Ministry, supervisory bodies to the banking and insurance sector, respectively.

Onda, however, pointed out another legal problem that was at the moment preventing the IRB & SP marriage.

"It can only happen after the caretaker administration is lifted," he said.

But Dušan Krkoška, the current IRB administrator, announced after the June 26 IRB AGM, that under optimum circumstances, "this administration can be over by election time".