Pavol Rusko, General Director of the private Markíza TV station, says he has no political ambitions - at least for the time being. In less than two years, Rusko has built Markíza into both a Slovak media colossus and an important counterweight to government-friendly Slovak Television (STV). But the speed of Markíza's growth, while dramatically increasing Rusko's reputation as a canny media baron, has also left him vulnerable to the siren song of his other great love - politics.
Not everyone is comfortable with the idea that the co-owner of Slovakia's most influential media outlet is a political animal. The Slovak Radio and Television Council last month issued a statement accusing Markíza of gross favoritism towards particular politicians and parties, while Rusko's own partner, co-owner Silvia Volzová, has questioned his objectivity. 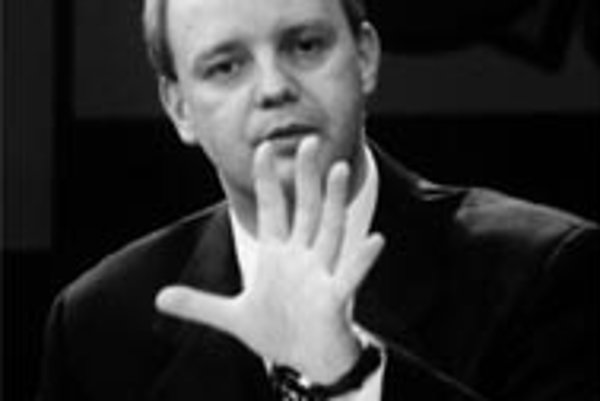 Font size:A-|A+  Comments disabled
Pavol Rusko, General Director of the private Markíza TV station, says he has no political ambitions - at least for the time being. In less than two years, Rusko has built Markíza into both a Slovak media colossus and an important counterweight to government-friendly Slovak Television (STV). But the speed of Markíza's growth, while dramatically increasing Rusko's reputation as a canny media baron, has also left him vulnerable to the siren song of his other great love - politics.

Not everyone is comfortable with the idea that the co-owner of Slovakia's most influential media outlet is a political animal. The Slovak Radio and Television Council last month issued a statement accusing Markíza of gross favoritism towards particular politicians and parties, while Rusko's own partner, co-owner Silvia Volzová, has questioned his objectivity.

Nevertheless, Markíza's overall programming continues to draw Slovak viewers, earning a 49% market share last April compared to 19.5% for its nearest competitor, STV. What is more, Slovaks trust Markíza's newscasts by a margin of 49 to 36% over STV's, according to an April poll by the respected MVK agency. Critics say that the viewing audience has been brainwashed, but Rusko argues that Markíza is just giving the people what they want to hear.

"I have political ambitions," said Rusko, "but not for today. I should wait two to three years, because at 34, I feel I am still young." Rusko said that when the right time came, "I am prepared to say hello, I am here, my name is Pavol Rusko, I did this, this and this...I know that I will be able to bring many voters, I know this, but [for now] I have decided to stay [at Markíza]."

Rusko was less forthcoming when asked which party he might join. "I don't know," he said, smiling broadly. On the other hand, Rusko had no trouble identifying which party represented the future of Slovakia.

"[The founding of] SOP is for me a very good political decision," said Rusko, "because people now have an alternative, and it's possible to bring new people into politics." He explained that he believed Slovaks were getting tired of watching the same old opposition and government faces bickering on the news every night, and were curious about Schuster's new party. "The SOP is like a new salmon in the political pond," said Rusko, "just as Markíza was a new salmon in the media pond two years ago."

Given Rusko's strong political opinions, few media observers were surprised when the Slovak Radio and TV Council identified political bias in Markíza's news coverage in its May 21 report.

During a six week period from November 1 to December 12, 1997, the Council recorded that Košice Mayor Rudolf Schuster was the subject of 7 news items on Markíza's main evening news program, while the affairs and doings of the rest of Slovakia's 2,300 mayors merited only 5 spots altogether.

"Schuster was presented as a successful, consensual mayor who solved problems," the Council wrote. "And moreover, when the new SOP party was registered with Schuster as founder, in January [1998] it recorded around a 15% preference rating. The one-sided presentation [of Schuster thus] violated the principle of balance and objectivity."

Rusko said that Markíza's extensive coverage of Schuster had nothing to do with the SOP, but with Schuster's impressive popularity among Slovaks. "Schuster was a person who had the biggest trust in Slovakia, more than 17%, which was very interesting for us," he explained.

Stanislav Pavlík, head of Markíza's News and Editorial Department, agreed that station's coverage of Schuster and SOP was not part of an effort to promote either of them. "Coverage of parties goes up and down," he said. "For the last four years in Slovakia we have had the same parties and the same fights. If we suddenly get a new party, that's interesting news, and for a while, they may get more coverage. And why not? Let them get the coverage."

But Volzová, who shares a 51% stake in Markíza with Rusko, said she was worried for the objectivity of her station's news coverage. "My opinion as to the objectivity of our newscasts is different from Mr. Rusko's," she said. "He uses the screen, I don't, and we have different ideas on balance."

"That's her problem," rejoined Rusko. "I am General Director. The management of this station is excellent." Pointing to Markíza's dominant market share and viewer trust ratings, Rusko said that "my activities have brought these results. It's necessary to understand these issues, and I am not sure who is an expert, but I hope that everybody knows who it is according to the results."

While denying a specific connection with the SOP, Rusko admitted a personal and professional bias towards the opposition. "Markíza of course supports some trends like democracy and looking towards the EU and NATO, away from xenophobia and racism," he said. "That means that Markíza must also support the people who support these trends, and from my subjective point of view, these are opposition political parties."

Jerguš Ferko, STV Council Vice-Chairman, said that Markíza's opposition bias was more than just a question of the views of its General Director. "Markíza has been paying too much attention to political topics and using incorrect methods in news coverage, such as the terms 'rumour has it,' or 'they say,'" Ferko said. "They are simply promoting the opposition through a coverage time ratio of 2 to 1."

"The most transparent violations of the basic principles of objectivity and balance occurred during the transmissions of TV Markíza," the Radio and TV Council reported. "If these trends in the media sphere continue, it could lead to the manipulation and deformation of public opinion, which is exactly what the dual [public and private] system was designed to prevent."

"If Markíza criticizes STV news, it's a classic situation of the criminal crying foul, just to shift attention to someone else," continued Ferko. "As if they were saying, 'we are the arbiters of elegance, who say about you, that you are the bad ones.' But the screen shows that they are even worse."

Undaunted by criticism from either his colleagues or his media peers, and unfazed by a new national election law which restricts political campaigning to public media, Rusko declared that Markíza would continue to provide full and independent news coverage even during the election campaign.

"The [election law media] article says you cannot broadcast information about any activities which may be propaganda of political parties and programs in Slovakia," said Rusko. "This 'activities' - what is it? It's crazy." Rusko said that Markíza would continue to stage political talk shows and continue to cover the news as before. "Everything is clear. There is no need for discussion," he said.

Pavlík said that Markíza's policy of balanced news coverage would be strictly observed during the campaign period, and stated that he had "personally never witnessed" Rusko giving coverage instructions to the news department. "Our reporters and news people are intelligent and ambitious," he said, "and if they felt someone was interfering with their news pieces, they would just quit."

But on the other hand, he cautioned, Markíza was a commercial station, and was not bound to give all parties equal time. "Mr. Rusko as the General Director has the right to do anything," he said, "to come and say 'we're not broadcasting this.' This is a private station, and just as if it were a private flat, the owner has the right to arrange things to suit himself."