Slovakia's health care system is on the brink of crisis, and the root of the evil is money. Health care providers, many of them deeply in debt, blame health insurance companies for their insolvent state. For their part, insurers blame employers for not forking over money deducted for health care from employee salaries. And both providers and insurers say the Slovak state is not fulfilling its financial obligations, plunging the entire system further in debt.
In the center of this mess are hospital patients, who have lately been getting a close-up look at the real dimensions of the crisis. 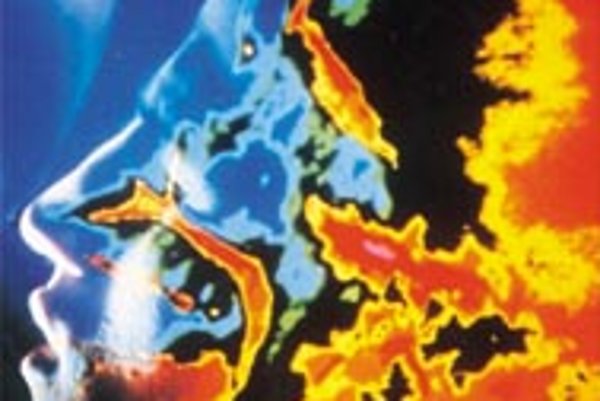 Font size:A-|A+  Comments disabled
Slovakia's health care system is on the brink of crisis, and the root of the evil is money. Health care providers, many of them deeply in debt, blame health insurance companies for their insolvent state. For their part, insurers blame employers for not forking over money deducted for health care from employee salaries. And both providers and insurers say the Slovak state is not fulfilling its financial obligations, plunging the entire system further in debt.

In the center of this mess are hospital patients, who have lately been getting a close-up look at the real dimensions of the crisis.

Marián Kováčik, chairman of the board at the Confidence Mutual Life Insurance Company, said the situation in the Slovak health care system was at the crisis stage, and was the worst he has seen in the last four years. "How else could you describe a 7 billion crown deficit in financing [the health care system] than a crisis?" he asked. "We have to consider that this deficit sum is equal to almost 20% of all money in the [health care] system, and is increasing every single month," he added.

However, Vladimír Mazanec, Director of Bratislava's Faculty Hospital, one of the oldest and most professional hospitals in Slovakia, said he thought 'crisis' too strong a term for the actual state of the health care system. "To me, it is a normal state, reflecting the rash behaviour of health care providers which has resulted in increasing annual costs in this sphere," he said.

Former Health Minister Tibor Šagát said he thought that the problem went beyond spendthrift physicians. "Physicians themselves have pointed out the need to change the system," he said. "The lack of money is simply the result of a poor system, but what has been created here is a vicious circle that will be very hard to break."

The whole process of indebtedness, industry experts say, begins with a contributor (usually an employer), who is not turning over the money collected from insurants (usually employees) to the health insurance companies. In such a situation, clearly, insurance companies that have massive accounts payable run into difficulties in meeting their financial obligations to health care providers, principally hospitals.

Vladimír Balogh, Director General of the Apollo Chemical Health Insurance company, sees the problem of corporate non-payers as a matter of inadequate enforcement of Slovakia's existing laws. "The law says strictly what should happen to such people, but they keep on not paying," he said. As a result, insurance companies owe more and more money to hospitals.

"I don't understand non-payers," said Mazanec. "However, I do understand those who are in financial troubles. I don't believe that companies which have enough money would not pay," he added.

Mazanec's sympathy for the financial predicament of non-payers does little to alleviate the indebtedness of his hospital. Faculty Hospital gets 42 million Sk monthly, but real costs are 60 million Sk, a shortfall of 18 million Sk. But then financial problems in this hospital are incomparably smaller than the difficulties facing Roosevelt Hospital, one of Slovakia's largest facilities, located in the central Slovak town of Banská Bystrica.

"We owe 18 million crowns to power stations alone," said Ján Bruchala, responsible for Roosevelt's power needs, in an interview for SME daily. On June 5, Bruchala said, the hospital had suffered a blackout, and had been forced to rely on manpower when the backup power system failed. "We can be happy that the whole system didn't catch on fire," Bruchala said. "We cannot rely on makeshifts forever. All our equipment is worn out."

Roosevelt's management refused to divulge the actual extent of the hospital's indebtedness. "A big portion of [the debt] comes from the old management, and we don't want to take responsibility for them," said Milan Hlavko, Roosevelt's Economic Director.

The state plays two roles in the health care system. The first one involves paying the health insurance dues of economically non-active citizens, who represent more than a half of the Slovak population. The second role is that of an investor, covering part of the cost of expensive operations like transplants, implants and others.

"It's a tragedy how the budget is put together," said Šagát. "A minimum of 7% of GDP must go to the health care system. If this was accepted by the state, we would have about 49 billion Sk in the system, while now we have about 42 billion Sk. The extra 7 billion would for sure ease the situation," he added.

Šagát said that the 267 Sk monthly state contribution to the health insurance fund for economically non-active citizens was not enough. "The state should create funds for this. Today, 98 percent [of total health care costs] is covered by primary insurance [companies]," he said. "There cannot be only one source of money. Other financial sources are drying up, so the state should create a reserve fund."

Mazanec, on the other hand, didn't think the state should be held responsible for the entire situation. "The state doesn't pay 100% [of health care costs] for economically non-active citizens, but we can't say that it's not paying," he said.

Balogh's prescription for change was to maximize financial sources and minimize expenditures. "To reach this goal, we have first of all to concentrate on [disease] prevention," he said. Šagát agreed. "We have to start as soon as possible," he said. "In the beginning, we might think that we are wasting money, but the results will come." Šagát explained that the state should try to influence the eating and exercise habits of Slovak citizens through its various ministries, like education, culture, environment and agriculture.

According to Balogh, the system of financial distribution should be changed as well. According to government legislation, insurance companies can structure their portfolios in such a way that all of their clients are economically inactive, and thus have their rates paid by the government. Companies which aren't so fortunate have to accept economically active clients, and thus an enormous element of uncertainty regarding payment of dues.

Šagát was convinced that it would be necessary to change levels of income and expenditure as well. "Regarding income, we have to look at the insurance companies, at how they run their businesses," he said. "As for expenditures, a more efficient style of administration is needed," concluded Šagát.

The last and perhaps most important measure, according to Kováčik, was to make the Slovak health care system entirely transparent and open to inspection. "It is absolutely necessary that the Health Ministry submit a semi annual report on expenditures to the public. This would at last open the eyes of many directors," he noted.