LONDON - European retail investors once again proved to be the mainstay of emerging bond markets on May 14, as Slovakia braved poor sentiment to issue a three-tranche multi-currency Eurobond, the first such issue by an emerging market since renewed tensions in Asia.
Split into dollar, yen and mark tranches, the $750 million deal witnessed mixed sales sentiments, according to bond underwriters who reported good demand for the mark denominated bonds, but poor interest in the dollar issue. 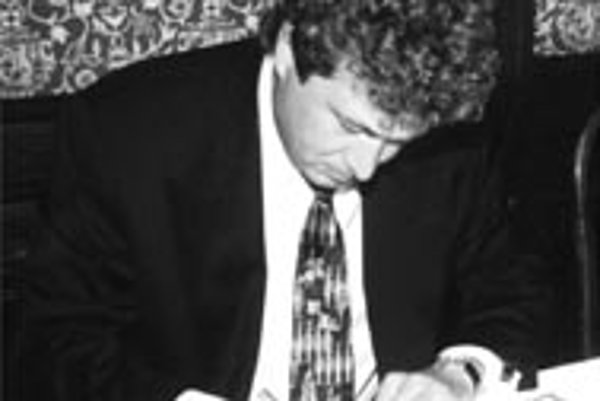 Font size:A-|A+  Comments disabled
LONDON - European retail investors once again proved to be the mainstay of emerging bond markets on May 14, as Slovakia braved poor sentiment to issue a three-tranche multi-currency Eurobond, the first such issue by an emerging market since renewed tensions in Asia.

Split into dollar, yen and mark tranches, the $750 million deal witnessed mixed sales sentiments, according to bond underwriters who reported good demand for the mark denominated bonds, but poor interest in the dollar issue.

"The mark issue was much easier to sell than the dollar transaction," one syndicate executive said. "The bid for emerging markets paper in Europe has proven very resilient this year, whereas dollar investors are more wary. The European investor base has a much stronger retail element than in the U.S. and that helps hold spreads in," the source added.

Sales of the mark issue were mainly to European retail investors and retail intermediaries. "The deal offers value to retail buyers because the yield is so high," said another participant. "I'm not sure they really know what kind of risk they're taking on, though. Slovakia is a basket-case."

The Slovak government's inability to deal with persistent fiscal and external deficits has caused sentiment towards the country to worsen in the last year or so. Unlike the neighboring Czech Republic, it is not on a fast-track to the European Union membership, and some believe that Prime Minister Vladimír Mečiar's administration is not committed to democracy.

Moody's Investors Service at the end of March downgraded Slovakia from Baa3 to Ba1, a sub-investment grade. Standard & Poor's still rates the country an investment grade BBB-, but recently changed its outlook from stable to negative.

One underwriter compared the response to Slovakia's deal to that afforded bonds issued earlier this year by Ukraine, another poorly regarded credit. Like Slovakia, the former Soviet Union sovereign has been warned against financing fiscal and current account deficits with short-term foreign currency borrowing. Ukraine enjoyed great success with a mark bond issued in February, but a euro-denominated transaction launched a month later struggled. The country has so far found it impossible to sell dollar bonds.

"German retail will buy Ukraine, but U.S. institutions won't touch it and that's pretty much what we found here," the syndicate executive said. "We sold our mark bonds immediately, but haven't had any interest at all in our dollar ticket."

But the actual mark offering emerged at a size larger than indicated - 600 million marks ($337.8 million), with pricing set at the tight end of the indicated range. On the contrary, the dollar deal emerged at its minimum $300 million size, with pricing set at the maximum 370 b.p.. Both issues had a five-year term. The 15 billion yen three-year bond paid a 4.0 percent coupon and was priced at par.

Tatiana Šilhánková, State Secretary of the Slovak Finance Ministry, said the bulk of the bond's proceeds would be used to restructure the state debt, to change it from short to medium and long term debt. "We expect to pay around $300 million for the highway project and use the rest, around $500 million, for debt restructuring," Šilhánková said.

According to Andrew Asbury, Nomura's head of syndicate, the bond is aimed at diversifying the country's investor base. "The transaction intends to play on the different investor bases...in terms of geographic location and currency diversification," Asbury told a news conference on May 8. Another Nomura official said that Nomura placed the bonds with some 49 Japanese institutions ahead of the launch.

The bond's yen leg was assigned a rating of BBB-minus by the international ratings agency Fitch IBCA. "On the economic side, the high priority accorded to putting the current account and budget positions on a sustainable track is welcome," the agency said in a statement, adding that the government's withdrawal of a proposal to change the operations of the central bank had "removed a key ratings concern." (see related story, this page) "However, the political backdrop still contains considerable uncertainties."

Slovakia's only previous international bond was a $200 million, zero-coupon, six-month transaction, launched via Nomura last January. That issue is callable into the new dollar bond at payment next month.

The only other sovereign paper outstanding in the market is a government-guaranteed $200 million 10-year bond issued by hydroelectric utility Vodo-hospodárska Výstavba in December 1996. Issued at a spread of 115 b.p. over U.S. Treasuries, that issue now trades at more than 400 b.p., a measure of how far Slovakia's star has fallen since it first tapped the market.