Head hunters have a long way to go, declare managers

Freelance journalist Petra Lodén asked four international companies their impressions of human resource firms on the market for The Slovak Spectator. Their unanimous reactions reflected general discontent with employment firms, compared to their western European counterparts.
Criticisms focussed on a lack of professionalism, unrealistic prices, lack of a deep personnel database, and a low success rate for placed candidates. In defence of human resource companies, the Slovak labor market is very small and the pool of qualified people rather thin. Because of these factors, companies are forced to rely on head hunting firms to find qualified employees - especially top management - even though they have not been satisfied with their results in the past. Here are four managers' stories. 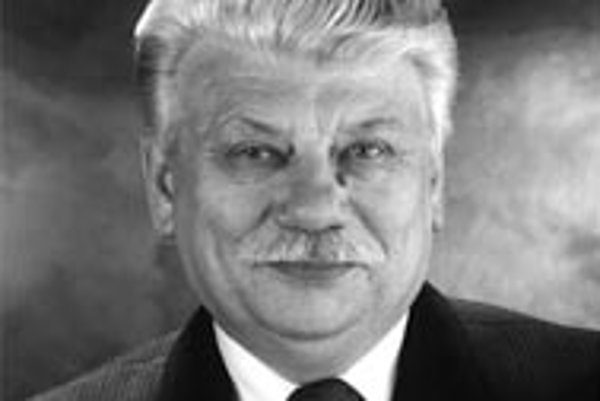 Criticisms focussed on a lack of professionalism, unrealistic prices, lack of a deep personnel database, and a low success rate for placed candidates. In defence of human resource companies, the Slovak labor market is very small and the pool of qualified people rather thin. Because of these factors, companies are forced to rely on head hunting firms to find qualified employees - especially top management - even though they have not been satisfied with their results in the past. Here are four managers' stories.

A part of the Bratislava skyline, with ominous fires shooting out of tall smoke stacks, the oil and gas refiner Slovnaft isn't as desperate for employees as other firms. Slovakia's fourth largest company, Slovnaft usually finds people within their organization, through promotions, internal development and management planning. But because of constant upgrades in technology, Slovnaft has found itself fishing for skilled laborers.

"Occasionally we use human resources companies," said Jaroslav Duroska, Slovnaft's personnel director. "For special projects we have used their services," he said. "They were very quick and found the right staff for us. We use special agencies that can find specialists for us."

Generally, however, Slovnaft prefers other methods than using human resources companies. "Normally we have other ways of finding people, such as contacting schools and universities directly to find the right kind of people for us."

Zlatý Bažant, the third largest beer producer in Slovakia (1996) and owned by the Dutch brewery Heineken, is located in the remote village of Hurbanovo in the heart of Slovakia's bread basket, an hour and half from both Bratislava and Budapest. Because of its location, the company is at a disadvantage when trying to attract talented new people. This is in part why the brewery relies heavily on human resources companies. About 70% of their new recruits are obtained through head hunting firms.

"It's hard for us to find the right staff," said said Peter Lieskovsky, Zlatý Bažant's human resources director. "There are not enough qualified people, and they are not very flexible. They don't want to move from one city to another."

In addition, Lieskovsky said, "I want to do something else than deal with finding new employees. Human resources companies have access to people." Lieskovsky said that because of the brewery's constant employment needs, he was in daily contact with head hunting firms.

When choosing which human resources firm to go to, Lieskovsky looks carefully at how they present themselves, especially when relaying their strategy to find the right candidate. "I really appreciate when they say they want to spend some time with our company, stay with us and visit the production hall. References are also very important, and a chance to see their results. I'd like them to show some kind of success rate, to see how often they have succeeded, but this information is very hard to obtain."

One company that has been frustrated with human resources companies is Astra, a Swedish pharmaceutical company that established their business in Slovakia a year ago. The biggest problem, according to Thomas Velinder, Astra's managing director, is high prices and inadequate service. "Human resources companies here in the Slovak Republic are way behind their colleagues in other countries, but they charge the same amount of money," said Velinder.

Astra has been using two different human resources companies which are big, well-known and equipped with international branches. But Velinder felt that the head offices had not succeeded in impressing international standards on their Slovak branch offices.

"The way they behave, the way they look at me as their customer, the understanding and how fast they work is quite different from what I am used to in other countries," said Velinder. "Often I feel that their intentions are good, but that they haven't reached the same level as other countries."

When Velinder started Astra's business last year, he had to rely exclusively on human resources companies. He said that he would continue to use them, but that Astra would also build up its own file of interesting people through their own advertising.

In the crisp and clean offices of the Austrian-owned Tatra Banka, the fifth-largest bank on the market, employees rush busily from one office to the next. The bank is expanding rapidly, so finding new people who might fit in, especially to top management positions, is becoming a more frequent exercise.

Hadarová is not tied to any one human resources company. Before going with anyone, she makes certain that she personally knows the company she wants to cooperate with.

"I prefer to hire human resource companies with international experience," she said. "But they don't have to be well known. The important thing is that I have had good experiences with them."

"The human resources companies in Belgium are more active on the market," she said. "That is something I wish the Slovak companies would improve on. They could also build up their own databases. Sometimes, I think they only check staff advertisements."

She was more critical, however, of the way Slovak head hunters pushed their clients to come up with pre-payment. Under a standard agreement, one third of the fee is paid in advance, the second installment when candidates are presented and the final third when the person is hired.

"Usually, the chance that a human resources company will succeed in finding the right person is about 50-50, so a search can be very expensive if we have to pay two thirds of the cost without hiring anyone in the end," said Hadarová.