State of the insurance racket

The enormous growth in the insurance industry in post-communist Slovakia - up 3.5 billion Sk ($103 million) in 1997 alone - hasn't followed the same patterns found in western Europe.
Only 28% of collected premiums in Slovakia relate to life insurance, compared to 50% for their neighbors in the west.
Life insurance is a new concept for people that are used to the state's taking care of them in retirement or sickness, and looking after their families in case of death. Instead of insuring their lives, Slovaks have opted to secure their property. 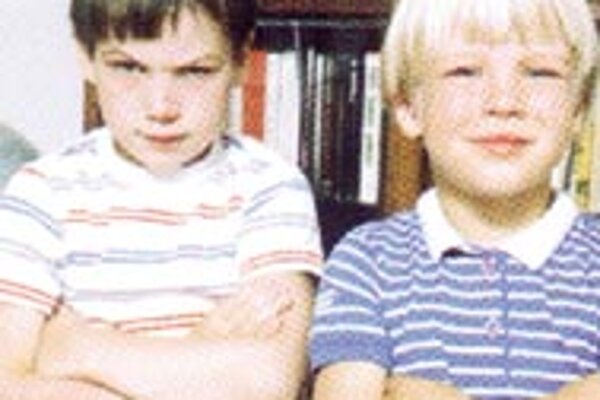 Only 28% of collected premiums in Slovakia relate to life insurance, compared to 50% for their neighbors in the west.

Life insurance is a new concept for people that are used to the state's taking care of them in retirement or sickness, and looking after their families in case of death. Instead of insuring their lives, Slovaks have opted to secure their property.

"Perhaps it originates in Slovaks' nature," said Vladimír Rančík, General Secretary of the Slovak Association of Insurance companies. According to Rančík, Slovak people prefer to insure material items accumulated throughout their lives.

Ivica Chačaturianová, Secretary General of the Slovak Association of Insurance Brokers (SAMP) agreed, adding that "people still live with the opinion that the state will take care of them, when they retire."

Almost 75% of non-life premiums collected represent property insurance. According to Chačaturianová, seven years of insurance development in Slovakia has not been long enough to convince people of the importance of making provisions for their welfare past their productive time of life.

On the other hand, recent statistics show that since 1994, demand for non-life insurance (which includes car, house and natural disaster protection, for example) has slightly decreased, with life insurance slowly gaining wider acceptance.

"These statistics show that Slovaks are changing their assumptions of what life will be like in retirement," said Rančík.

Insurance salesmen, for their part, are optimistic that demand for life insurance will continue to grow. Tibor Bôrik, General Director of Union, a company which focuses on life insurance, believed that life insurance would improve since its current growth rate is higher than that of non-life insurance."

So far [life insurance] development has been insufficient in Slovakia because as a whole, insurance hasn't fit into the country's economy, and its true value to society is not appreciated," said Bôrik.

Insurance rates are of course much higher and economies much more advanced in the European Union (EU), which makes it difficult to compare. But an ordinary Slovak family, said Rančík, wouldn't be able to survive a month's salary going toward something intangible like life insurance, the benefits of which they wouldn't see for 10 to 20 years.

Another notable difference between life and non-life insurance, according to Rančík, has been the absence of diverse products offered by insurance companies.

But Union Director Bôrik said that increased competition on the market has forced companies to improve their marketing strategies. "Since customers [of insurance companies] prefer lower prices to higher quality products," he continued, "companies often succumb to these desires and then undersell themselves."

Since the Slovak insurance industry was opened to competition in 1991, 24 new companies have emerged on the market. This enormous growth was caused by a lack of insurance possibilities in the communist past.

Insurance market turnover represented 17.2 billion Sk ($ 0.5 billion) in 1997, a figure which industry experts say will entice further companies to come to Slovakia in the next three to five years.

But before they do, insurance legislation must be updated to fit both EU and Organization for Economic Cooperation and Development (OECD) requirements. The main emphasis will be to create and define the duties of an independent insurance supervisory board.

According to Rudolf Hečko, Head of the Insurance Supervision Department at the Slovak Finance Ministry, accomplishing this task will a long and difficult process and will depend on the commitment of the state's highest authorities.

Bôrik believed that the tax bill should be amended to benefit life insurance, which is the case in western countries. "Life insurance would attract many more customers, which would save the state from having to invest so much money into the welfare of retired people," said Bôrik.

Another EU demand is for legislation that would enable foreign companies to open branches in Slovakia instead of only allowing them to establish a Slovak business presence as a joint stock company.