Over the centuries, monarchs have used the privilege of amnesty to show their generosity and broadmindedness. This royal right was later used by presidents in the days immediately following their elections as a way of increasing popularity.
Slovak Premier Vladimír Mečiar, on the other hand, has aroused international criticism and domestic outrage with an amnesty announced on March 3. Mečiar had inherited the privilege of giving amnesties on the previous day, together with 12 other presidential powers from outgoing President Michal Kováč. 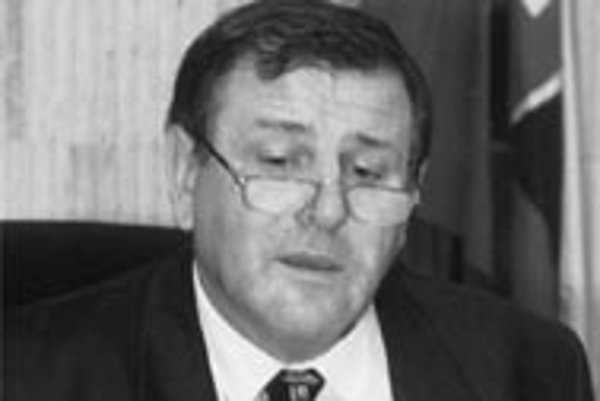 Font size:A-|A+  Comments disabled
Over the centuries, monarchs have used the privilege of amnesty to show their generosity and broadmindedness. This royal right was later used by presidents in the days immediately following their elections as a way of increasing popularity.

Slovak Premier Vladimír Mečiar, on the other hand, has aroused international criticism and domestic outrage with an amnesty announced on March 3. Mečiar had inherited the privilege of giving amnesties on the previous day, together with 12 other presidential powers from outgoing President Michal Kováč.

The most controversial clauses in the amnesty extended pardons to any perpetrator who might have had something to do with the August 1995 kidnapping of Michal Kováč Jr. (Article 6 of the amnesty) and with marring the May 1997 referendum (Article 5).

The government has insisted that the March 3 amnesty released only people convicted for small, unintentional crimes, and not criminals convicted of capital offences. "It will not be an amnesty like Havel's [referring to an amnesty issued by President Václav Havel in January 1990], because murderers, violators, and other criminals will not leave our prisons," said government spokesman Jozef Krošlák on the day the amnesty was issued.

Ján Cuper, a HZDS deputy, explained that the amnestied crimes related mostly to people involved in small accidental offences, like auto accidents causing death, or petty one-year sentences in which the culprit hadn't been able to pay the required fine and thus had had to serve some time in jail. "This amnesty does not pardon any gangsters, because the ones it applies to are mostly people with higher education and who in many instances have university education," said Cuper.

Cuper was clearly not referring to the ten skinheads who had been convicted for a well-known 1995 attack in which a 17 year-old Romany named Mario Gorál was beaten, doused with gasoline and burned to death. These same skinheads were among the 'highly educated' convicts pardoned on March 3.

Ernest Valko, an attorney and former chairman of the Czechoslovak Constitutional Court, dismissed any comparison between the Havel and Mečiar amnesties. "Havel's amnesty was a different case. Remember the euphoria of that time," he said, adding that Havel had released 75 percent of all prisoners to accomplish a civic reconciliation. Many of the prisoners released, however, had soon returned to prison.

"President Havel wanted to demonstrate humanism by such a broad amnesty. [Even] his political advisors did not share the same views about the broadness of the amnesty," Valko said, adding that on the contrary, Mečiar's amnesty was a very narrow one. Pavel Štukovský, spokesman of the Justice Ministry, said that only 2.5 percent (191) of 7,626 Slovak prisoners were released by it.

The amnesty has eight articles. Six of them deal with pardoning unintentional crimes carrying sentences of less than one year, or financial punishment not exceeding 20,000 Sk. But Peter Kresák, a professor of State Law at Commenius University, said that these six articles were there only to veil the two measures that were the main thrust of the amnesty. "This amnesty could be called window dressing, because it is there to hide the real purpose behind writing it. It seems that the amnesty was issued only for articles 5 and 6," Kresák said.

Valko conceded that the letter of the constitution was kept, but said that the amnesty is usually issued by a President. "The amnesty is always granted by a president-elect, that is, not a person who is the [President's] deputy," he said. "I cannot recall a similar measure taken on [Slovak] territory since the beginning of this century."

Valko continued that amnesties usually apply to groups of people or groups of crimes. "That is the case for the most part with this one, but not when it comes to articles 5 and 6," he said.

Both Valko and Kresák claim that Mečiar's amnesty has serious loopholes and maintain that in specific cases, the prosecution of perpetrators is still possible. "It is very unfortunate, that the amnesty is written so badly and in an unclear way," Kresák said.

Article 6, for instance, orders to terminate, or not to commence, legal procedings against criminal acts committed in relation to the "announcement of the abduction of Michal Kováč, Jr." Valko interpreted this to mean that the actual kidnappers might still be prosecuted. "The general court has to make the decision, if the amnesty pardons that specific crime, or if that specific crime is not affected by the amnesty," he said.

Kresák added that he had been in touch with Austrian attorneys, who had said that the kidnapping could be tried in Austria, as that was the place Kováč Jr. was taken to, and since the amnesty does not affect legal proceedings in another country.

Cuper disagreed. "For once and for all, the amnesty excludes the possibility to start or to continue the prosecution of anyone to whom articles 5 and 6 apply," he said.

DU Chairman Eduard Kukan charged that the amnesty is Mečiar's attempt to cover up his own crimes. "This amnesty indirectly proves that they have pardoned people involved in the kidnapping," he said. "The government showed that it was somehow involved in this."

Cuper, for his part, said that the amnesty was issued to bring a truce between the opposition and coalition. "There were accusations of the involvement of the opposition and the coalition in the things articles 5 and 6 deal with," he said. "This amnesty is to bring peace and to bring an end to putting guilt on each other."

But Ján Čarnogurský, a KDH chairman, bluntly refused the gesture, claiming that any pardoned person had the right to renounce his pardon and give the prosecutor the go-ahead if he believed he were innocent and wanted his name to be cleared in the normal way. "I hereby officially renounce the pardon [as one of the accused in the referendum case] and I'm challenging Ivan Lexa [the Chief of the Slovak Intelligence Service] and Gustáv Krajči [the Interior Minister who last May personally took the blame for printing wrong ballots which effectively marred the vote] to do likewise," Čarnogurský charged.

Cuper said the coalition had nothing to fear from either an investigation or an amnesty in theKováč Jr. abduction case. "It was the opposition that kidnapped the President's son," he explained. "They needed to bind the President, so that he would be their mouthpiece until the end of his election term."