Košice: Shining city of the East

Košice may be way out in the east, only a day's train ride to Kyiev, but its inhabitants focus squarely on joining the West. To stress that point to citizens and visitors alike, discordant programmed bells (near St. Urban's Renaissance belfry with his somewhat more dignified 1557 bell resting quietly on the ground outside) regularly blast out a raucous "La la la la la l'America!" on the hour. That must give indigestion to any old communists strolling by. But the main feeling of people in Košice is self-confidence and a sense of peace with their important past.
Košice, or Cassa, was actually Hungary's second largest city before World War I, and has only been "Slovak" for a very short time. 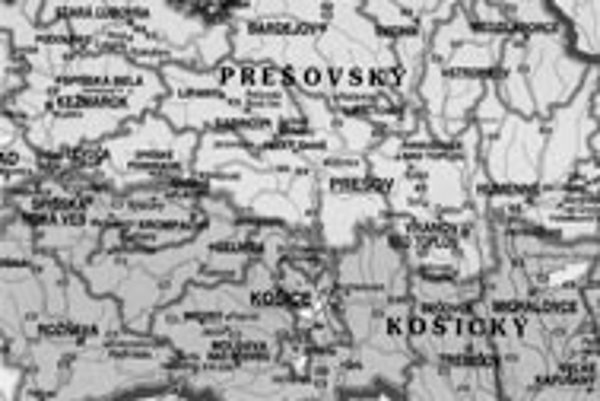 Font size:A-|A+  Comments disabled
Košice may be way out in the east, only a day's train ride to Kyiev, but its inhabitants focus squarely on joining the West. To stress that point to citizens and visitors alike, discordant programmed bells (near St. Urban's Renaissance belfry with his somewhat more dignified 1557 bell resting quietly on the ground outside) regularly blast out a raucous "La la la la la l'America!" on the hour. That must give indigestion to any old communists strolling by. But the main feeling of people in Košice is self-confidence and a sense of peace with their important past.

Košice, or Cassa, was actually Hungary's second largest city before World War I, and has only been "Slovak" for a very short time. Despite the fear of Slovak nationalists that a new Hungarian Empire is about to engulf Slovakia, Košice's Slovaks live peacefully alongside the city's many magyars, as do gypsies, a number of Ruthenians and those few Jews who were fortunate enough not to be among the 12,000 murdered by the Nazis and their collaborators. The dead are remembered by a plaque outside the synagogue on Puškinova ulica.

The Hornád river basin has been occupied since the paleolithic era. Between the third century B.C. and fifth century A.D. it was populated by successive waves of Celts, Dacians, Goths, Huns and Avars, all of whom left traces of their way of life. The first evidence of a Slavic settlement on the site of present-day Košice did not come until the Lubinsk Letter of 1230. Defensive walls (fragments of which can still be seen in the old town) were built around the peasant village in the late 13th century, and colonizing German craftsmen and traders gradually swelled its population.

An important trade route from the Baltic to the Balkans ran through the region and promoted development, but settlers' interests were seriously threatened by Feudalists. Constant disputes with the rich nobleman Omodeus, who controlled almost the whole of Eastern Slovakia, culminated on 15th June 1312 when the people of Košice helped Hungarian King Charles Robert to defeat the combined troops of Omodeus and Mateas Cszak of Trenčin in the hills outside the city. They were generously rewarded for their services by the King and later by his son, Louis the Great, who granted them extensive privileges equivalent to those in the Hungarian capital, Buda. In 1369 he allowed Košice to use its own coat of arms, a standard which is now liberally applied to buildings throughout the city and is a constant reminder of Hungarian traditions.

Košice residents are proud of their city and may even stop to give rubber-lipped tourists a lesson in how to pronounce its name: "Koh-see-che. No! Koh-shee-tse. Yes!" Though foreign vistiors eventually grasp how to say the city's name, they might not find the next step as easy. Window shoppers wandering past gaudily painted town houses may speak Slovak, Hungarian or Romany. However, for the many conservative residents of Prešov, 40 minutes to the north, their Košice neighbours are just "crazy Hungarians".

After the Turks defeated the Hungarians at the Battle of Mohacs on 29th August 1526, refugees - especially the aristocracy - from the threatened lowlands came to live in Košice. Most of the city's inhabitants were Germans at that time (there continued to be a substantial number of Czechoslovak citizens of German origin until they were forcibly expelled after the Second World War). The German burghers failed to demonstrate loyalty to Ján Zapolsky when he occupied the town in 1536. His response was to deport 55 leading Burghermeisters and encourage more Hungarians to settle to dilute the German population.

Košice's history quite literally bursts up through the pavement. New building and repair works have uncovered old cellars, gold coins and the remains of a large monastery, now slowly being investigated by cash-strapped archaeologists. Several horizontal windows have been reverently constructed in city streets to allow the curious to peer down into the past.

Košice was badly shaken by Turkish advances and the consequent severing of trade routes to the Balkans, so the Hungarian monarch transformed the merchant and craft town into a fortress to defend Upper Hungary against the growing threat. When the Turks captured Jarger, the bishopric of the Roman Catholic church had to be moved to Protestant Košice. This marked the beginning of a period of destructive counter-Reformation violence led by the Hapsburgs and resulting in retaliatory anti-Hapsburg uprisings.

In 1704 the town was occupied by the last of the anti-Hapsburg rebel leaders, František Ráköczi II. The uprisings were decisively put down when Imperial troops marched into Košice in 1711. Ráköczi died in exile in Turkey but his remains were brought back to Košice in 1906 and entombed in the northern side nave of St Elizabeth's enormous Gothic cathedral, which almost blocks off the main street. The complex of the Executioner's Bastion on Hrnčiarska ulica includes an exhibition about the anti-Hapsburg uprisings and a replica of the house in which Ráköczi lived with his family after they were banished to Tekirdag.

The Germans and Hungarians created many beautiful buildings in the city center. Their restoration has been accompanied by the installation of some curious works of municipal sculpture such as a medieval open drain running along the middle of the street and a series of coloured plastic fountains. Despite these new-fangled devices, old habits die hard, especially at Communist-constructed institutions such as the Dom umenia (Moyzesova 66, tel 6224514), home to the State Philharmonic Orchestra, where young music lovers are severely scolded by the old guard if they tread on the wrong tiles.

The only gypsy theatre in Slovakia, Romathan, is at Štefánikova 4 (tel.: 095/ 622-4980) and performs colourful plays, dances and concerts for children and adults. Thália Theatre (Timonova 3, tel.: 095/ 622-5866 or 622-1281) has regular plays in Hungarian while Divadlo Janka Borodáča, handsomely topped off with statues and dominating Hlavná ulica just along from St Elizabeth's, puts on opera, musicals, concerts and recitals (tel.: 095/622-1231).

The East Slovak Museum (Hviezdoslavova 3, tel.: 095/ 622-0309) houses the Košice gold treasure. In 1935, during work on foundations in the city centre, labourers dug up 2,920 gold coins from 81 European mints of the 15-17th centuries. As well as historical, geological and biological collections, the museum also has extensive displays describing the many different cultures which lived around the Hornád before the arrival of the Slavs.