The key to the universe

ECONOMIST Eugen Jurzyca sees a worthy opponent in former prime minister Vladimír Mečiar.
At 44, Jurzyca believes that competition is the key not only to economic and social progress but also to "the universe". He says he is "fascinated" by the battle between competing ideas for where Slovakia belongs and what its future holds.
"Mečiar firmly believes Nato is bad for this country, I firmly believe it is good. We're both serious, so let's complete." 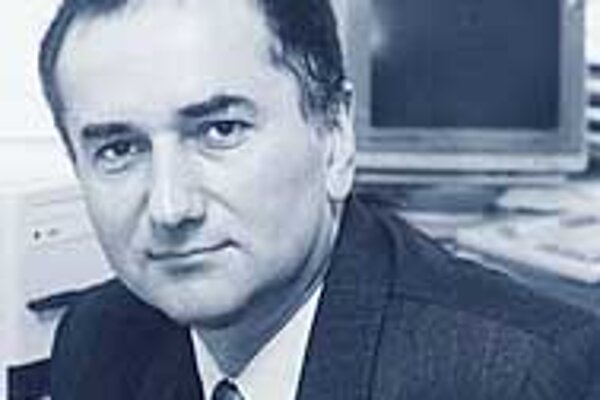 At 44, Jurzyca believes that competition is the key not only to economic and social progress but also to "the universe". He says he is "fascinated" by the battle between competing ideas for where Slovakia belongs and what its future holds.

A passionate football fan, he still plays in a Bratislava indoor league. "I play fair, I don't drink alcohol three days before the match. I want to win. And the other guy, my competitor, is doing the same. That's what competition is about, the evolution of the universe."

Jurzyca is less known for his football skills than his contribution to Slovak citizens' understanding of why the country needs reform.

As head of the Institute for Economic and Social Reforms (INEKO), a non-governmental agency with a $200,000 annual budget from largely Western development aid, Jurzyca advocates transparency, less state involvement in the economy, decentralisation and fiscal responsibility.

He sells these abstruse goods, he says, by packaging them in populist arguments to make his message clear and compelling to average Slovak citizens.

"That's the only way I can compete with Mečiar. Academic truths cannot compete against his arguments But I think Mečiar fulfils the criteria as well - he also believes he is acting for the good of the country, and thinks he understands what is at stake."

"I just want the ideas I believe in to win in competition."

Many of Jurzyca's ideas do not come from the typical economist's library. He puts great stock, for example, in the role that cultural inheritance plays in economic behaviour such as the unwillingness of Slovaks to move from high unemployment areas to find jobs.

"As a people we have for centuries been subordinate to other nations. People could only improve their situations by complaining. Never by moving to another city for a better job, never by educating themselves. That also is reflected in the performance of the economy."

Slovakia's lack of skilled managers and business leaders is also put down to history. "We have always lacked nobility, capitalists, families with tradition of management, a tradition of leading and organising other people.

"You can see it in soccer as well as in business management," he says, referring to Slovakia's 2-0 loss to Azerbajzan last summer that knocked the Slovaks out of World Cup contention.

"We inherit genes, but we also inherit memos - the spiritual replication of a gene. It's not replicated in our bodies but in our culture."

However, Jurzyca says he is optimistic that Slovakia's cultural heritage, so inimical to free market capitalism, can be thrown off.

"A lot of institutional economists say societies are determined by formal and informal rules. You can change formal rules, such as laws, in a matter of months, but informal rules - what values a society holds - take longer.

"That may have been valid in the past, but now with modern communications we can change it very quickly. The younger Slovak generation is very different - they are not exposed only to pubs and villages, but also to dozens of TV channels, Internet. They are changing very quickly, and I think we will escape from this."

And with the pace of change, he argues, comes hope that the crucial showdown over Slovakia's place in the world - whether with the West and liberal democracy, or towards the East and authoritarianism - will be won by his 'team' of like-minded competitors.

"I really hope these elections [in September 2002] bring an end to the discussion over where this country belongs. But that's what the elections will be about. I believe other issues - economic reforms and so on - will be put off until later.

"People are more in favour of Nato than they were when Mečiar had us dropped from entry in 1997. The economic interest back then was to steal property, but now a critical mass of firms are in favour of Nato. They have money and can influence this country a great deal."

Not that there aren't dangers, principal among them popular frustration at the economic anguish the path to the West has brought. But Jurzyca says it's unfair to pin the blame on the government.

"Before 1998 elections I said there were three areas which the government had to improve - the international image of the country, links between state bodies and mafia organisations, and the economy. They were successful in the first, semi-successful in the second. But I don't believe that 20 people in government can significantly change the economic fate or development of the country."

He says he's "thought a lot" about going into politics, and has had offers. "I used to think I didn't want power, but then someone explained to me there are three kinds of power - that which comes from having people obey your orders, the power you wield through money, and the power of your opinions. This attracts me. I am fascinated by spreading ideas."

And if the power of those ideas has to be augmented with populism, so be it.

Asked whether enough thought had been given to Slovakia's direction after elections - to the real implications of Nato and EU membership - Jurzyca reiterated his formula for the use of any means to win an argument.

"It's enough for me that most Slovaks want to join the EU, and that I honestly believe it will help us. We will never know all the pros and cons of joining the European Union. It's like marriage, it's not pure economy. We're going to get married to the EU. We like them, we hope they'll like us, and that's it.

"If people were too careful and always wanting to analyse all the risks, they would never leave the room they were born in."