"SINCE Israel has a very open policy towards immigrants, the country is like a pot in which various cultural movements and trends are being cooked together. Because of this, it's difficult to find a characteristic feature of Israeli cinematography," says Martin Ciel, vice-rector at the Academy of Performing Arts.
Even though Israel is a young country, its film-makers have built a firm base during the half-century Israel has existed. The film industry produces around 30 movies per year. At least one Israeli film every year attracts plaudits from critics and film experts, as well as award nominations. 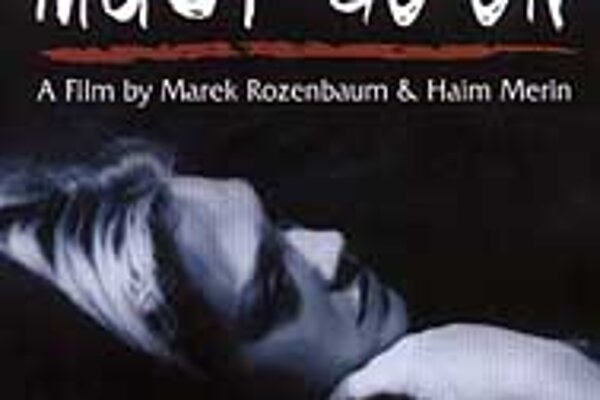 Font size:A-|A+  Comments disabled
"SINCE Israel has a very open policy towards immigrants, the country is like a pot in which various cultural movements and trends are being cooked together. Because of this, it's difficult to find a characteristic feature of Israeli cinematography," says Martin Ciel, vice-rector at the Academy of Performing Arts.

Even though Israel is a young country, its film-makers have built a firm base during the half-century Israel has existed. The film industry produces around 30 movies per year. At least one Israeli film every year attracts plaudits from critics and film experts, as well as award nominations.

The Chaverim Chaverim (Friends and Friends) Festival, which is bringing Israeli culture to Slovakia and Slovak culture to Israel, aims to change this situation. The idea, born on New Year's Eve two years ago, is to share cultural developments between the two countries with a focus on their latest film productions.

A short festival of Israeli movies in Slovakia in 2000 was part of the reason the Association of Slovak film clubs decided to purchase a copy of Arik Kaplun's Jane and Her Friends.

"Israel produces incomparably more movies than we do, but Slovak film lovers have seen hardly any," says Katarína Ovečková, the festival's spokesperson. "We also had the feeling that people who have never been to Israel do not see it as just another country. Israel has a different reputation because the news people see is mainly about the conflict over there. Few people realise that there is a normal life being lived there, that people really get to enjoy themselves."

Over five days, starting on March 22, the festival will offer 11 screenings of six feature and five documentary movies, along with a handful of short student films. Apart from Clean Sweep and Total Love (shown at 16:30 March 24 and at 20:00 March 26) all the movies will be accompanied by English subtitles and simultaneously translated into Slovak.

A movie describing family relations and given five awards by the Israeli Film Academy, The Desperado Square by Benni Torati, will open the festival at 21:00 on March 22.

Kippur, directed by one of the most famous Israeli theatre figures, Amos Gitai, will be screened on March 23 at 20:00. Nominated for the Golden Palm at Cannes Film Festival in 2000, the movie follows the story of two Israeli soldiers during the Jewish Day of Atonement (Yom Kippur) in 1973, when Egypt and Syria attacked Israel.

"Kippur is a traditional war movie," says Ciel, who is also the festival's programme adviser. "By and large, Israeli movies metaphorically try to deliver the message of the Israeli-Arab conflict's absurdity in a realistic and traditional form. However, they are not gratuitous war movies, but vice versa, they picture the side of tolerance, which is hard to achieve in this country.

"Their movies also often examine the religious problem between Orthodox and 'modern' Jewish people, which is an interesting topic for those who don't live there. It's a psychological conflict, the conflict of two worlds - the modern one in Tel Aviv and the traditional one in Jerusalem - joined together in one state."

The lack of experimentation in traditional Israeli movies has forced several film-makers to seek better opportunities abroad. On the other hand, Israel's open door policy sees foreign directors immigrating into the country. Arik Kaplun, a Russian-born immigrant who directed the famous Jane and Her Friends, is one such example. This inflow of know-how results in a mix of styles and genres coming out of Israeli movie production houses.

Even though Slovakia and Israel are both relatively young countries, their film making industries have followed entirely different paths. While Slovakia had the advantage of being part of the Czechoslovak film making industry from 1918 to 1993, Israel now has a better-developed state funding system for movie production.

"Israeli film making is on an excellent level compared to us. Slovakia cannot compare to Israel in legislation or institutional issues. While the Israeli movie industry is significantly supported by state funds and sponsored by film institutions, Slovakia still lacks proper legislation in the field," says Ciel.

Slovakia produced two feature films last year, although neither will be seen this year. Seven additional films are expected to be finished by 2003. During the second annual festival in Israel in November 2001, Slovakia offered a historical cross-section of Slovak movies; the films were seen by 4,000 visitors.

"I was surprised how many people came to see the festival. At that time I didn't know there are so many film students interested in seeing new influences in the movie field," says Ciel with a smile. He adds that while there are two or three well known film schools in Israel, there are around 20 other schools offering bachelor degrees in film making.

Next year's festival in Israel will feature the latest movies produced in Slovakia. Even though Israel is far ahead of Slovakia in terms of the number of movies produced, the festival's organisers believe the country will have something to offer and are counting on the gradual development of the country's film industry.

"We believe that our film industry has finally bottomed out, as currently there are seven movies waiting to be finished next year. I just hope next year will not be an exception," said Ciel.