Border shooting a call for action

SLOVAKIA'S Chief EU negotiator Ján Figeľ has said more co-operation is needed with neighbouring states, especially Ukraine, to ensure the safety of the country's eastern border.
Following the fatal March 19 shooting of a soldier and a border guard after what is believed to have been a security lapse, Figeľ and Interior Minister Ivan Šimko have admitted more can be done to beef up security on what may be part of the European Union's easternmost border in two years.
"This event could indirectly affect our pre-accession negotiations. We are now approaching discussions on justice and interior legislation, and this event has given a climate of reality to our negotiations," Figeľ said. 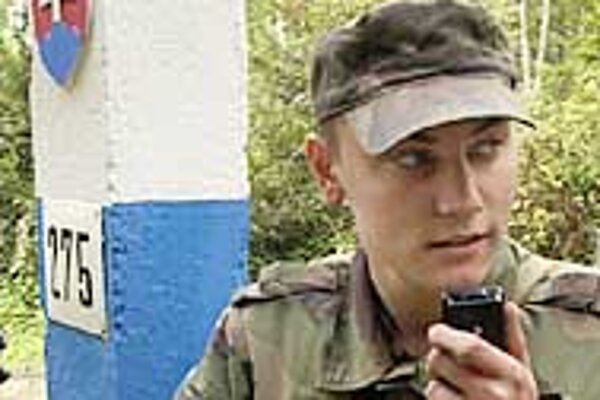 Following the fatal March 19 shooting of a soldier and a border guard after what is believed to have been a security lapse, Figeľ and Interior Minister Ivan Šimko have admitted more can be done to beef up security on what may be part of the European Union's easternmost border in two years.

"This event could indirectly affect our pre-accession negotiations. We are now approaching discussions on justice and interior legislation, and this event has given a climate of reality to our negotiations," Figeľ said.

He added that more work had to be done to prepare Slovakia's borders for a continued fight against organised crime and smugglers of people and contraband.

Enlargement of the European Union, which could see as many as 10 new countries admitted to the EU in 2004, is likely to create a new 700 kilometre border for the Union with the Ukraine.

Poland, Hungary and Slovakia are hoping for invitations to join the EU at the end of this year, but there have already been questions in Brussels on how secure that border will be when the current 15-member bloc expands.

The shooting is thought to have been carried out by either a Russian or Ukrainian national, possibly part of an organised crime gang, who was suspected of crossing the border illegally and was put into a police car without being searched thoroughly for weapons.

From the back of the car the man drew a gun and shot the soldier and border guard in the back of the head. He also shot another soldier sitting beside him in the neck, but after dumping the bodies from the car and attempting a getaway was himself killed in a shootout with local police.

The news broke as PM Mikuláš Dzurinda spoke to the European Parliament on a number of issues including border controls. Cabinet met immediately after the shooting to discuss the tragedy.

Šimko said after the meeting that further measures to increase security at borders were being considered.

"We are discussing a number of future measures," he said. But he added later that there were still potential problems with guaranteeing security on the Slovak-Ukraine border.

"The European Union has an exceptional interest in how its eastern border will be secured after enlargement. Last year the Belgian Interior Minister visited our eastern border and expressed his satisfaction with security at the crossing. But regarding the green borders, that's where I see a problem," he said.

Borders with the Ukraine are a particular concern for EU governments as enlargement approaches.

The Ukraine is widely thought of as a transition and origin state for illegal migrants travelling to the West, as well as a haven for organised criminals from former Soviet states trafficking contraband, people and even arms. It is therefore a major security concern bordering an expanded EU.

Many NGOs and European Commissioners have pinpointed Slovakia as lying on key transit routes for illegal immigrants to the West, people smuggling and even contraband weapons running. Some of those routes include entry to the country via the Ukraine.

There have also been a number of recent incidents involving the direct participation of border guards in smuggling both people and goods into the country.In late December last year two Slovak border guards were charged with helping 16 illegal migrants from India cross into Slovakia from the Ukraine.

In January this year a 30-year-old customs officer was charged after allegedly letting a group of Ukrainian cigarette smugglers across the border with contraband worth tens of thousands of dollars.

Customs officials said that the man, who had been working for them for 10 years, had let six cars go through the border at the Slovak-Ukrainian border crossing of Vysky Nemecky.

The cars were carrying a total of 3,000 cartons of cigarettes. It is believed the contraband was destined for the Czech Republic as well as Slovakia.

Interior Minister Šimko, who said late last year the 98 kilometre border with Ukraine had to be strengthened, and called security there "a joke", has since introduced rotation of border guards at crossing points to lessen opportunities for them to become involved in smuggling.

And since his appointment to his post last year he has seen Sk77 million invested into the Slovak-Ukraine and Slovak-Hungarian borders, half of which has been spent on improving and updating technology and facilities used in border controls.

However, while Slovakia will at the end of this year fulfil an EU entry requirement to create a fully professional border police, Figeľ has warned that co-operation needs to be increased with neighbouring states, including Ukraine, on border security.

"In Brussels there is always an appreciation of what we have done so far, making investments into the borders themselves and into manpower. But one tool we can use is co-operation," he said.

He added that co-operation involving the Visegrad Four - a political grouping including Slovakia and three other candidates for EU membership, Hungary, Poland and the Czech Republic - and the Ukraine was essential in protecting borders.

"The events of last week have become a call for closer co-operation," he said.

A meeting of Visegrad Four representatives and their Ukrainian counterparts to discuss this co-operation is scheduled for May, and EC representatives have been invited to attend.