UNTIL a proposed law is passed, Slovak airlines which transport military equipment face few restrictions on their trade.
At the moment, an Economy Ministry licence committee grants permission to trade in arms and military equipment. The committee's authority, however, extends only to licences for the import and export of arms.
When arms are transferred through Slovakia in less than seven days, an air carrier needs only permission from the Transport Ministry's civil aviation section to be able to handle the shipment. 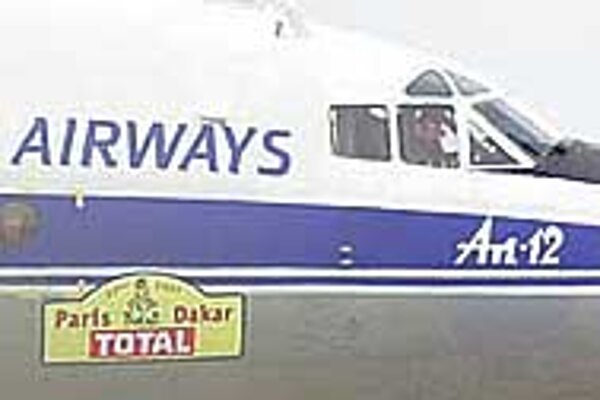 At the moment, an Economy Ministry licence committee grants permission to trade in arms and military equipment. The committee's authority, however, extends only to licences for the import and export of arms.

When arms are transferred through Slovakia in less than seven days, an air carrier needs only permission from the Transport Ministry's civil aviation section to be able to handle the shipment.

Not even the Slovak Airport Authority (SAA) can intervene in such arms transports, said the SAA's Ivo Hrušovský. "Our job is to contact the customs service or the border police. Even if we know about such cargo being transported, all we can do is to inform these bodies."

Hrušovský added that different Slovak airports had different bureaucratic procedures, with no common transport policy regulating them all.

With dozens of small air carriers registered at Slovak airports, the role of these firms in shipping Slovak arms to dubious destinations has caused problems in the past.

In 1999, international newspapers such as the German Handelsblatt pointed at Slovak firm Slov Trans Air of Piešťany, owned by Mohamed Ahmad Saad, as having been involved in shipping tonnes of Slovak weapons to embargoed Sudan. The media cited the evidence of UN official Brian Johnson-Thomas, who had been following the deal.

The same company was accused by the Customs Directorate in 2001 of having organised a shipment of anti-tank missiles from Tehran to Angola, that was intercepted at Bratislava airport by customs officers. Saad's wife Dobroslava told media at the time that her husband's firm had had all the necessary documents, but Slov Trans Air has since declined to speak to The Slovak Spectator, and was unavailable for comment on this story.

Customs authorities have many problems with rogue arms shippers, among them the relative ease with which companies can falsely declare the contents of a shipment. Stanislav Šveščuk, head of the Košice shipping company Gestiv's aviation section, said "I've heard of cases when a company declared a shipment of non-military material, but in reality something completely different was exported."

Problems with regulation of arms shippers are part of wider inadequacies in the Slovak arms control system. As The Slovak Spectator reported last year, three members of the arms export licence committee actually sat on the boards of arms trading companies. Although the committee was shaken up by the cabinet on February 6, 2002, with the erring commissioners removed and oversight roles given to customs and the secret service, new legislation to give the commission real teeth has been slow in coming.

Vladimír Valček of the Economy Ministry's licence section confirmed that the old commission had been guilty of several violations of license procedures (the customs office laid charges against one member for illegal license procedures last November).

"There were three or four cases of violation. Some members were really not reluctant to grant licences," said Valček.

Jozef Luterán, the senior customs service official appointed to the new license board, said he was optimistic a corner had been turned. "In February, the license committee members with conflicts of interest were replaced. The old problem is now solved."

Luterán is head of a new customs office section for drugs and dangerous materials (ODNM) that was created in July 2001 to supervise the transport of arms and military equipment.

But Matuš Korba, an arms analyst formerly with the Slovak Foreign Policy Association think tank, said that a general lack of transparency was the biggest problem facing the Slovak authorities in cleaning up the arms trade.

"Compared to the European Union, the situation here is much worse. Western countries publish detailed annual reports on the arms trade, but the Slovak Economy Ministry publishes only one sentence related to this topic every year," Korba said.

Šveščuk of the Gestiv shipping firm agreed that the trade was murky. "The whole business is carried out very secretly, and not even shipping companies like ours have complete information about the contents, final destination and timing of some deliveries we make. If we wanted to find out, we would have to investigate."

Arms control experts say that improving the situation begins with better legislation. Apart from the loophole allowing unlicensed arms shipments that stay on Slovak territory less that seven days, another trick used by arms dealers is to ship military materials to Slovakia for 'repairs' or 'adjustments,' after which the goods can head for destinations other than the country of origin. "It is even possible to lease arms," added Korba.

Šveščuk estimated that three to five companies regularly ship arms by air in Slovakia, and admitted that tougher legislation would encourage shippers to take a greater interest in what they were transporting. "Most air transporters don't take just any cargo, but they make sure at least the official documents are in order. As long as there is no problem, every air freight company here would fly arms," added Šveščuk.

The Economy Ministry's Valček said that his department had prepared amendments to the law on arms trading which would plug the most gaping holes uin the current legislation.

"The new law should solve problems to do with brokering or forwarding military equipment. For 'adjustments' [repairs], state permission will be required.

"The question of short-term transfers should also be solved. The new legislation will not allow traders to do it freely - all cargo will be physically checked by customs agents. Also, the scope of military material that can be traded will be clearly defined," said Valček.

Valček said he believed the new law could be passed by parliament before the end of its term in September 2002. "As long as it gets to parliament, I think the political will to pass the new law exists," he said.

Šveščuk, however, believes the law would create problems for shipping companies. "I personally flew arms only once in my life - a year ago - and conditions even then were very hard. To be honest, this law is making a mountain out of a molehill."

Luterán said that while only five cases had been investigated by the special customs branch since its creation last year, the work of the body would pick up with the new law. "The amendments give investigative authority to customs officers, which would significantly increase the effectiveness of customs in this area," he said.