CANADIAN Paul Malon knows what it is to be at the peak of a mountain during a violent thunderstorm. He has seen a snowbridge over a deep crevasse in a glacier collapse minutes after he crossed it. He has experienced ferocious windstorms at night, when his tent was blown towards the edge of a cliff.
He has done all of these things in a wheelchair.
The beauty and wildness of mountains have long enchanted the 44-year-old physician, who was born without the use of his legs. Malon started photographing mountain scenes in 1991. 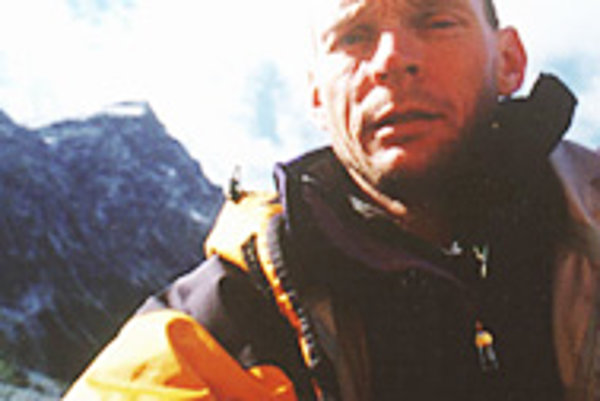 Font size:A-|A+0
CANADIAN Paul Malon knows what it is to be at the peak of a mountain during a violent thunderstorm. He has seen a snowbridge over a deep crevasse in a glacier collapse minutes after he crossed it. He has experienced ferocious windstorms at night, when his tent was blown towards the edge of a cliff.

He has done all of these things in a wheelchair.

The beauty and wildness of mountains have long enchanted the 44-year-old physician, who was born without the use of his legs. Malon started photographing mountain scenes in 1991.

"Paul focuses on the environment that surrounds the mountains, since his handicap restricts him from taking action photos. His images differ from those taken by climbing photographers. He has the advantage of being able to wait at his ease for just the right light and shadow conditions," says Alan Formánek, a mountain climber and amateur photographer.

Formánek, also the programme director of the coming Mountains and City festival in Bratislava, invited Malon to share his adventures with a local audience on April 19 at 19:00. In his multi-media West Coast Mountains presentation, Malon will show off Canada's western ranges (British Columbia and Yukon) as he captured them from 1994 through 2000.

"Those were mostly solo trips," Malon says. "Few of my friends would want to camp in one spot high in the mountains for a week or two. They'd either want to go climbing a bunch of peaks or do an ice field traverse."

Malon needs snow to get about - he uses a plastic toboggan and an ice axe. After being dropped by helicopter in his chosen location, he erects a tent. For several weeks he roams the mountains in temperatures often below 30 degrees Celsius, looking for the best angle to take a picture and waiting for the right light.

Despite the dangers and hardships he may be exposed to, the images he brings down from the peaks evoke peace. Using a 35 mm Nikon camera and adjusting the right lens, Malon captures brilliant and unusual colours in the light and shadows jumping across the vast ice landscapes.

Malon says he has experienced several close brushes with death. He carries no weapon except a pepper spray to repel bears and 'Bear Bangers', which are little more than loud firecrackers about the size of a pen.

"They sound like a shotgun blast, and apparently are very effective as a first line of defence, with the pepper spray as a second line of defence, if a bear gets to within a metre or two. I have never had to use either. My experience is that the most dangerous animal in the mountains is the human kind. Just add alcohol, and voila! Instant asshole!"

However, Malon is more than just a great photographer and a symbol of human independence. As a doctor at a clinic in the poorest area of Vancouver, where Aids and tuberculosis vie with violence, prostitution and murder for the worst social problems, he deals with drug addicts, alcoholics and the mentally ill.

"It's unbelievable that such person in a wheelchair works as a doctor," says Formánek. "Seeing his lifestyle, one of my friends started to call him "Jesus in a wheelchair", the male version of Mother Teresa. On top of all this, he still goes to the mountains."

Formánek describes Malon as a very strong individual - less for his muscular torso and arms than for the fact no one has ever heard him complaining about his handicap.

"Sure, it would be nice not to be this way, but if I let it piss me off, I couldn't function," says Malon.

Around 40 international films will compete at the festival, and several guests will hold discussions and slide-shows. American free-soloist climber John Bachar will even play his saxophone on April 20 at 19:00. For more information and programme schedule go to www.horyamesto.sk