ONE OF the largest tire-makers in the world, the German Continental, is boosting production at its Slovak joint venture with local tire-maker Matador at the expense of Continental plants in Austria and Belgium.
With the closure of Continental's Belgian plant in early 2001 and the expected shut-down of its Austrian plant this July, Continental-Matador in north-central Slovakia's Púchov is preparing to more than double its tire production from 2000. 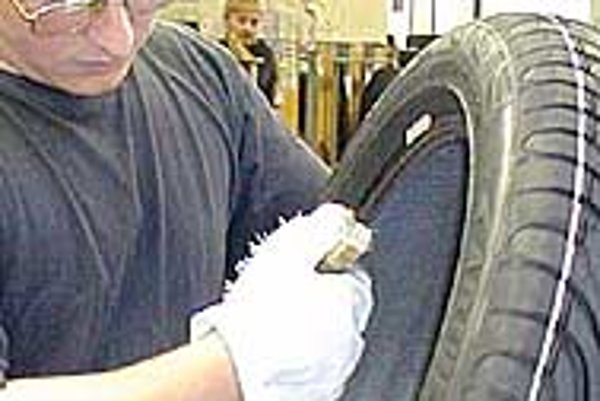 Font size:A-|A+  Comments disabled
ONE OF the largest tire-makers in the world, the German Continental, is boosting production at its Slovak joint venture with local tire-maker Matador at the expense of Continental plants in Austria and Belgium.

With the closure of Continental's Belgian plant in early 2001 and the expected shut-down of its Austrian plant this July, Continental-Matador in north-central Slovakia's Púchov is preparing to more than double its tire production from 2000.

"Negotiations at [Continental's] western European plants have been tough, but production costs in central European countries like Slovakia are luring Continental to focus more on central and eastern Europe," said Petr Sehnal, the joint venture's general manager, adding that the move to Slovakia was a part of Continental's global strategy.

While Slovakia seems finally to be profiting from its lower labour costs in attracting more western factory production, moves like Continental's are encountering fierce resistance from western European Union labour unions. American home appliance producer Whirlpool has also said it is considering moving a part of its French operation to Slovakia, while Austrian paper maker Neusiedler is adding over $200 million to its Slovak operation (see story page 5).

According to Continental, labour costs at its Slovak joint venture are only 25 per cent of those in Austria. The only Continental production site in which labour costs are cheaper is in Romania.

"People are the basis of our success and our biggest advantage. Our employees have made our operation successful here," Sehnal said.

The joint venture, which produces truck tires, is expected to reach a production goal of 1.5 million units per year, a target set in 1998 when the operation was set up. Continental has invested 190 million German marks to boost production to current levels of just under 900,000.

When the joint venture was created in 1998, the Slovak producer Matador was looking for investment capital for truck tire production and new technologies to compete on international markets.

Continental, on the other hand, was looking for a low-cost operation, similar to its joint venture with Czech tire-maker Barum Otrokovice, which was established in 1993 just across the border from Púchov.

Matador entered the deal as a 24 per cent shareholder and contributed part of its existing factory site, infrastructure and employees. Continental, as owner of a 76 per cent stake, brought money and technology. The two shareholders are the only customers of the joint venture, and sell its products under their own brand names.

"When I came here, people were on the verge of losing their jobs, the future was uncertain, and work conditions were poor," said Sehnal, showing pictures of the original production site and employee living quarters in 1998.

"I realised we needed to invest in improving employees' work environment, not just give them better wages. The first thing we invested in was the dining room and sanitary facilities. People needed to be motivated this way," Sehnal added.

"It takes about 4.5 years to turn an operation into a stable and efficient business. Slovakia is a good-investment destination, and ours has been the fastest developing joint venture out of more than 20 similar plants that the Continental group has world-wide," Sehnal said.

According to Matador's general manager Jozef Vozár: "Production of truck tires would not have reached its current level without Continental's investment and know-how. There are still things to improve, such as reducing the cost of services, but you can feel the power of money when you walk around this site."

"This investment will turn Continental Matador into one of the biggest plants for truck tires world-wide," Sehnal said, adding that only a few plants make 2 million or more truck tires a year.