A NEW law that would see former Czechoslovak secret police (ŠtB) agents pushed out of state security forces has failed to win the backing of cabinet.
Just hours after the last ŠtB chief, Alojz Lorenc, escaped jail for communist crimes (see story this page), ministers decided on April 24 that legislation proposed by MP Ján Langoš would have to be reworked.
Some politicians said immediately afterwards that public officials were refusing to deal with the country's communist past because of their own links to the brutal regime. 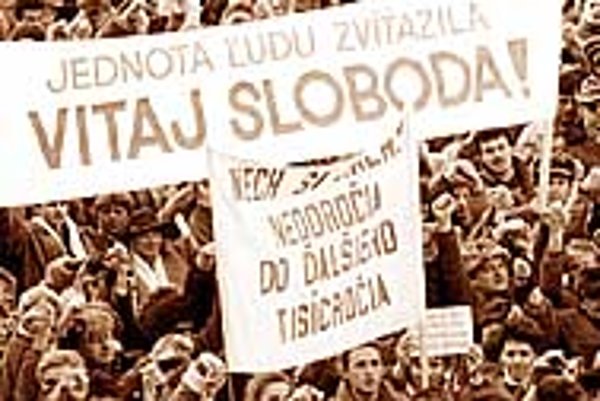 Font size:A-|A+  Comments disabled
A NEW law that would see former Czechoslovak secret police (ŠtB) agents pushed out of state security forces has failed to win the backing of cabinet.

Just hours after the last ŠtB chief, Alojz Lorenc, escaped jail for communist crimes (see story this page), ministers decided on April 24 that legislation proposed by MP Ján Langoš would have to be reworked.

Some politicians said immediately afterwards that public officials were refusing to deal with the country's communist past because of their own links to the brutal regime.

"If you ask people to look into the mirror of the past and deal with it, you find many who don't want to because they will see themselves," Daniel Lipšic, deputy leader of the ruling coalition Christian Democrats (KDH), told The Slovak Spectator.

The Law on Secret Service Reliability would have meant the removal from all state security services of anyone who had worked in the secret police before February 15, 1990. If passed the measure would have ruled out as much as one tenth of the current secret service (SIS), said its head, Vladimír Mitro.

In proposing the legislation Langoš said Slovak security would be increased in the run-up to possible Nato admission at a summit in Prague this fall. But the ministers, half of whom rejected the law and half of whom abstained in the vote, said the proposal was flawed.

Some argued it would add to already stretched state expenditures, others that it had not been properly prepared for parliament.

Deputy Prime Minister for Legislation Ľubomír Fogaš, a member of the former communist Democratic Left Party (SDL), said the proposed law was unconstitutional because it was founded on the principles of collective guilt and retroactivty.

SIS head Mitro argued that the law would have brought the activities of some parts of the secret service to a virtual halt and cost millions of crowns in dismissal settlements.

The expense, added Defence Minister Jozef Stank, would be hard to justify. The minister said that in talks with Nato officials on the subject he had never been warned of any Alliance concerns over the presence of former secret police employees in present security forces.

He added he could not agree with the dismissal of security force workers solely because they had been employed by the ŠtB.

"Dismissing some technician just because he worked in army counter espionage before 1990 is unfair," he said.

A question of will

The defeat of the law comes as a blow to dissidents-turned-politicians like Langoš would have long worked for the crimes of the former regime to be exposed.

Nevertheless, the law's supporters continue to battle the arguments advanced by defenders of the status quo, whom they say have personal reasons for not wanting former communists brought to justice.

Interior Minister Ivan Šimko repeated statements made at the end of last year that he did not believe arguments that the security services, as well as the financial police, could not function without former ŠtB agents.

Many of the former agents were appointed to the SIS and senior police bodies in the early 1990s when the country lacked people with security expertise.

Šimko's predecessor and now head of the Slovak Association of Political Prisoners, Ladislav Pittner, said despite the rejection of the law he was convinced former ŠtB agents who had worked in operations enforcing a return to strict communism after the 1968 Warsaw Pact occupation of Czechoslovakia should be rooted out of the SIS.

"There are many people there from a time when the lustration law [banning former ŠtB agents and top communists from holding state posts] in Slovakia was not respected," he said.

Other politicians, such as Justice Minister Jan Čarnogurský, have called for the declassification of ŠtB files, while Pittner has cast doubt on the willingness of Slovakia's political elite to bring communist criminals to justice.

"There are many public officials who are former communists, some of them very high-ranking," said Lipšic.

The most prominent former communist politicians - members of the Democratic Left Party (SDĽ) - have previously argued that the country must move on from its communist past when confronted with questions about the roles some of its MPs had in the former regime.

Some Slovak politicians, such as Pittner, have argued the relative slowness of the country to deal with communist crime in comparison to its former federal partner, the Czech Republic, is evidence of a continuing lack of political courage to face the country's communist past.

Lorenc is the only former high-ranking communist official to have been brought before a court in Slovakia for crimes committed under the former regime. A case against Vasil Biľak, a prominent member of the communist party who supported the Russian-led occupation of Czechoslovakia in 1968, is pending.

As of December 1, 2001, on the other hand, 166 people had been charged in the Czech Republic in connection with crimes under communism, including two high profile convictions of communist leaders for crimes stretching back to the 1968 occupation of the country by Warsaw Pact forces. A further 71 charges are either being or waiting to be heard in courts.

The Czechs have also devoted far more resources to investigating their communist past. The Czech Office for the Investigation and Documentation of Communist Crimes has 100 employees. Its Slovak counterpart, under the Justice Ministry, has two, with one extra Interior Ministry official carrying out investigations.

"There is no real willingness on the part of many politicians to do anything about our communist past," said Lipšic.

"The sentence against Lorenc was very mild - a Czech court sentences him to four years in prison and the Slovak court to a suspended sentence for the same crime. Look at Slovakia and its dealing with its communist past and criminals. Other countries, including the Czechs, have done a better job."