Czech-Slovak green border to get tougher

CZECH police will get more power to fight illegal migration on the country's porous border with Slovakia in January 2003, as both nations move to convince the European Union of their sincerity in combating the problem.
The 265-kilometre 'Czechoslovak' border is considered a major exit route for illegal migrants heading to the West after entering Slovakia from Ukraine.
Now, under a recently passed law on border protection, relaxed checks on Slovakia's western border will be tightened. 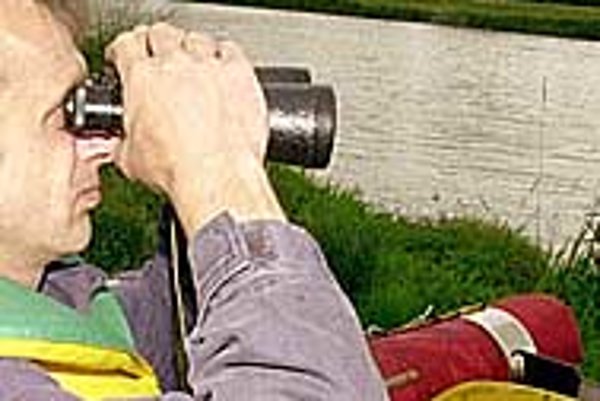 Font size:A-|A+  Comments disabled
CZECH police will get more power to fight illegal migration on the country's porous border with Slovakia in January 2003, as both nations move to convince the European Union of their sincerity in combating the problem.

The 265-kilometre 'Czechoslovak' border is considered a major exit route for illegal migrants heading to the West after entering Slovakia from Ukraine.

Now, under a recently passed law on border protection, relaxed checks on Slovakia's western border will be tightened.

Under the law, the Czech police will be entitled to enter private property and place border turnpikes and gates on an area stretching 25 kilometres from the border into Czech territory. The Czech senate approved the law on April 26 despite protests from residents in Moravia and Slovak border areas who feared that the law would hamper coexistence between border towns.

Many Czechs and Slovaks in border villages have cottages or other property that technically lies on 'foreign' soil, while some even have the border line running through their land.

But Czech Interior Ministry spokesman Jiří Hájek said the law would "not affect ordinary Czech and Slovak citizens" because of an agreement between the Czech and Slovak Republics on special relaxed border rules for each other's nationals.

"The law is directed against illegal migrants and gives the police greater rights. Barriers preventing migrants from crossing the border easily will be placed on field and forest paths," Hájek said.

Igor Raninec, head of the Slovak unit combating illegal migration, told The Slovak Spectator on May 6 that data showed that the Czechoslovak border was a favourite exit route for illegal migrants heading from Slovakia to richer western states.

"The Czech border is clearly an exit route for migrants, while Slovakia's most problematic border is the one with Ukraine, the main entry route for these people," Raninec said.

In 2001, Slovak police caught 4,098 illegal migrants trying to cross the Czechoslovak border on their own, 86 per cent of the total 4,775 migrants who were caught trying to leave Slovakia illegally that year. In 2001 a total of 10,773 migrants were detected illegally entering Slovak territory.

"Some smuggling groups are highly organised, and like gangs involved in other types of crime, have divided Slovak territory between them, mainly around the Czech, Hungarian and Ukrainian borders," Raninec said.

Light penalties for smuggling, Raninec explained, helped to make this type of criminal activity attractive. Under Slovak legislation, some offenders face penalties ranging from a fine up to three years in jail, while smugglers convicted of organised criminal activity face up to five years incarceration.

As smugglers are generally paid in dollars, their profits were "considerably higher than the potential penalties", Raninec said. The border police have suggested that the penalties be toughened to up to six and eight years in jail respectively under a revision of the country's Penal Code.

Czech police will be entitled to fine people other than Slovak nationals 5,000 Czech crowns for crossing the Czechoslovak border at any point other than official border crossings.

Slovak Interior Minister Ivan Šimko has promised that Slovaks will continue to enjoy the relaxed border rules agreed between the two states after the split of the Czechoslovak Federation in 1993.

He added that his ministry would also prepare a law on border protection, which is still missing from Slovak legislation.

With both the Czech and Slovak Republics aspiring to enter the EU as of January 2004, analysts see the Czech border protection law as part of each candidate country's preparation for EU entry.

"Regardless of whether the Czechs enter the EU before Slovakia, the law is a reflection of general efforts to fight illegal migration more effectively," said Vladimír Bilčík from the Slovak Foreign Policy Association in Bratislava.

"The Czech law applies to all of the country's borders, not just the one with Slovakia, but despite its universality, above-standard border relations with Slovakia remain. These would only change if the Czechs indeed entered the EU before Slovakia."