How do you interpret the Court's ruling on Gabčíkovo?

A twenty-year dispute between Slovakia and Hungary over the building of a joint hydroelectric power project on the Danube River reached its legal conclusion when the International Court of Justice in The Hague issued its ruling on the case on September 25. Below are Slovakia and Hungary two lead attorneys' reactions to the ruling and their interpretations on this famous case as well as what lies ahead in future negotiations. 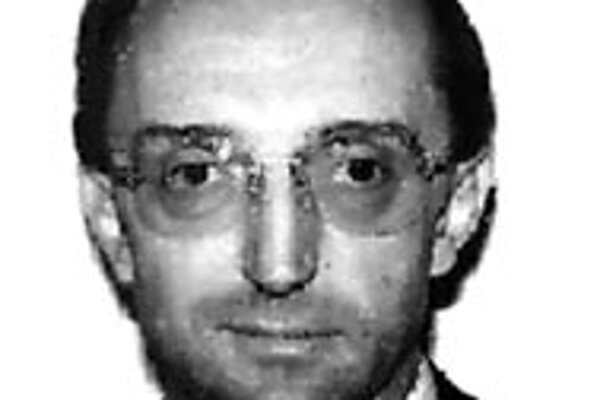 Font size:A-|A+0
A twenty-year dispute between Slovakia and Hungary over the building of a joint hydroelectric power project on the Danube River reached its legal conclusion when the International Court of Justice in The Hague issued its ruling on the case on September 25. Below are Slovakia and Hungary two lead attorneys' reactions to the ruling and their interpretations on this famous case as well as what lies ahead in future negotiations.

How do you interpret the Court's ruling on Gabčíkovo?

It confirmed our legal argument

The Court's judgement represents once again the triumph of international law and international justice. The Court has clarified the legal situation in a long-running dispute as well as prescribed to the parties how to act in the future.

The Court also has confirmed the overwhelming majority of Slovakia's legal positions on such issues as unlawfulness of Hungary's suspension and later abandonment of works at Nagymaros and on the Gabčíkovo part of the project, the continuing validity of the 1977 treaty and the fact that Slovakia succeeded to it as of 1 January 1993, as well as that Czechoslovakia was entitled to proceed with the construction of the so-called Variant C.

The proceedings provided the Court an opportunity to exercise its first on-site inspection in its fifty-year history and to gather evidence on the spot. The Court considered all arguments submitted by the parties and rejected the Hungarian claim of a risk of an ecological disaster. The judgement will enrich the jurisprudence of the Court and will have an impact on the doctrine of international law.

Does the Court's decision guarantee that both parties will reach a solution based on the 1977 Treaty?

Yes, the Court's decision provides a very good basis for reaching an agreement on the future cooperation between Slovakia and Hungary on the joint utilization and sustainable development of this sector of the Danube River, a mighty international waterway and at the same time a river bordering our two countries.

The Court, in the prescriptive or normative part of its judgement, decided that Slovakia and Hungary must negotiate in good faith in light of the prevailing situation (i.e. taking also into account the fact that the Čuňovo complex was built in order to put the Gabčíkovo part of the project into operation once Hungary made it clear it would not dam the Danube at Dunakiliti, as originally planned). Also, the Court decided that Slovakia and Hungary must take all necessary measures to ensure the achievement of the objectives of the 1977 treaty, in accordance with such modalities as may be agreed upon.

What are the 1977 treaty's objectives? As the Court confirmed, they are the production of energy, the improvement of the navigability of the Danube, flood control and regulation of ice-discharge, and the protection of the natural environment. None of these objectives has been given absolute priority over the other, and none of them has lost its importance.

Does the Court's decision mean that Hungary must complete Nagymaros?

In the dispositif of the judgement, the Court made no ruling on the future of Nagymaros. This issue has been left for the parties to agree upon when they negotiate how to achieve the objectives of the 1977 treaty.

Is the Court's decision a victory for either country?

The term victory is not an appropriate one to use in peaceful relations between nations. By submitting their dispute to the highest judicial organ of the United Nations, both Slovakia and Hungary demonstrated their attachment to the principles of the rule of law among nations.

The outcome, the judgement, has been welcomed by the government and people of Slovakia, as it confirmed the overwhelming majority of Slovakia's legal positions on the questions submitted to the Court. The judgement provides an excellent opportunity for resuming Slovak-Hungarian cooperation on the Danube within the framework of the 1977 treaty. This is exactly what Slovakia - as stressed in the Slovak government's statement issued immediately after the judgement was delivered - has always been striving for.

It provides for sound negotiations

The Hungarian government welcomes the judgement of the Court in the case concerning the Gabčíkovo-Nagymaros project. The judgement is fair and balanced and provides a sound basis for negotiating an appropriate framework for the proper protection of the Danube River's environment and hydroelectric generation in a manner which is environmentally sustainable in the long-term.

Negotiations must take place in good faith and in light of the prevailing situation. Hungary feels especially vindicated by the Court's conclusion that the implementation of Variant C by Czechoslovakia in October 1992 was unlawful under international law, that its continued operation by Slovakia is unlawful, and that Hungary is entitled to compensation.

The Court has criticized both parties for breaching international law. What is critical is the Court's discussion of legal consequences for the future. While affirming the continued validity of the 1977 treaty, the Court has substantially modified its terms, in effect rewriting it in important respects to take into account both parties' conduct since 1989.

Does the Court's decision guarantee that both parties will reach a solution based on the 1977 treaty?

The Court's decision does not guarantee that both parties will reach a solution based on the 1977 treaty. Having transformed its content, the Court said that it is not the letter of the Treaty but rather its basic principles that matter: The Court's statement reads: "What is essential ...is that the factual situation as it has developed since 1989 shall be placed in the context of the preserved and developing treaty relationship, in order to achieve its object and purpose in so far as that is feasible."

This means that Čuňovo (the location from where the Danube as first diverted) can continue to exist and that Hungary is entitled to joint control of Čuňovo and other existing structures, subject to payment of a proportionate share of the building and running costs.

Does the Court's decision mean that Hungary must complete Nagymaros?

The Court ruled that Hungary is not required to complete Nagymaros. It stressed that "not only has Nagymaros not been built, but that, with the effective discarding by both parties of peak power operation there is no longer any point in building it." Hungary feels satisfied that the Court ensured an outcome which prevents the adverse environmental consequences which would have flowed from peak power operation and a second barrage at Nagymaros.

Is the Court's decision a victory for either country?

The Court ruled in favor of and against both sides on a range of different points. Hungary is satisfied that its efforts to protect the Danube's environment have been successful.

The Court's ruling that there is no need to build Nagymaros or operate in peak mode - contrary to Slovakia's express submissions - is evidently connected to its conclusion that "the project's impact upon, and its implications for, the environment are of necessity a key issue." The Court stated that "the parties together should look afresh at the environmental effects of the operating the Gabčíkovo power plant. In particular , they must find a satisfactory solution for the volume of water to be released into the old bed of the Danube and into the side arms on both sides of the river."

And, most significantly for the future, the Court ruled that current environmental standards must be taken into consideration when operating the plant, and that new standards should be integrated as they emerge. It is difficult to see how Slovakia could be said to have achieved any of its long-stated objectives: there is to be joint control over Čuňovo, Gabčíkovo will be operated on run-of-the-river mode and not peak power , there is to be no Nagymaros, and modern environmental standards must be applied. Hungary therefore feels satisfied that its principal objectives have been achieved.