Most adult residents of Bratislava remember the 1980's as a time when air pollution lay over the city like a thick black mantle. In the eight years since communism, however, big polluters from the chemical industry like Slovnaft a.s. Bratislava and Istrochem a.s. Bratislava have reduced their most harmful emissions substantially.
Still, much remains to be done, both to repair past environmental damage and improve current practices in order to meet the stiff European Union pollution standards that will come into effect in Slovakia on January 1, 1999. Much of the pressure to effect these changes, however, is being created by public awareness rather than government regulation. 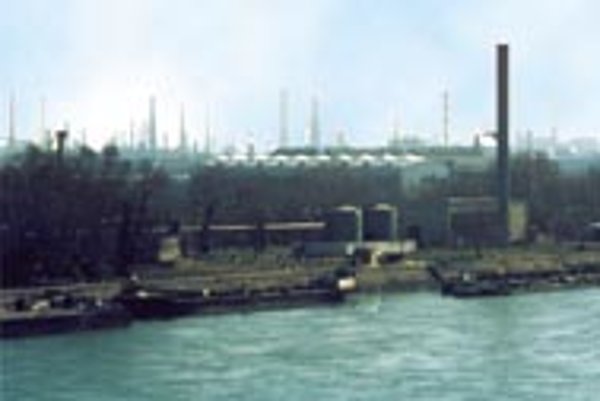 Font size:A-|A+0
Most adult residents of Bratislava remember the 1980's as a time when air pollution lay over the city like a thick black mantle. In the eight years since communism, however, big polluters from the chemical industry like Slovnaft a.s. Bratislava and Istrochem a.s. Bratislava have reduced their most harmful emissions substantially.

Still, much remains to be done, both to repair past environmental damage and improve current practices in order to meet the stiff European Union pollution standards that will come into effect in Slovakia on January 1, 1999. Much of the pressure to effect these changes, however, is being created by public awareness rather than government regulation.

The latest trend in the chemical industry in Slovakia is the growing readiness of polluters to regulate themselves. Critics say that plunging state environmental budgets and inept legislation have created a kind of leadership vacuum on green issues. On the other hand, public awareness of environmental behavior has become deeper and more vocal, and has stung polluters into making changes.

Dr.Yvonne Hollá, spokesperson for the Slovak Environment Ministry, claimed that the Slovak government had indeed prepared the legal framework necessary to bring about change. A recent study done by the Regional Environment Center in Budapest, she said, found that Slovak environmental regulations were "70% compatible with those of the European Union."

But Dr. Mikuláš Huba, Chairman of the Society for Sustainable Living in the Slovak Republic, claimed that many legislative glitches still remain. Slovakia's environmental impact assessment (EIA) laws, for example, required any big environmental construction project to be accompanied by an EIA study. The law states, however, the company which is planning the project should both pay the costs of the study, and select the EIA firm to carry it out. "You can see what a great possibility exists for conflict of interest here," Huba said.

In the end, it appears that state laws are less effective than they could be. Miroslav Ország, Director of the Environmental Section at Istrochem ,said that Istrochem pays big fines to the government for its viscose pollution. "If it was a choice between paying for new technology or paying the fines, we would do the latter because it is still cheaper," he said.

What had finally determined the company to update its technology in the end, he said, was the company's social conscience. "We are located in the middle of a city. It is simply not morally possible to avoid lowering emissions."

Hollá clearly preferred to focus on the progress that has been made with chemical polluters than discuss unresolved problems with state legislation. "Since 1989, we have lowered sulphur dioxide (SO2) emissions by 58.6%, nitrous oxide (Nox) by 23.7% and carbon monoxide by 23.6%," she said.

But Huba responded that the big improvements in pollution levels seen after 1989 were easy to achieve. "1988 was the absolute worst pollution year in Communist countries," he said. "The first steps were not so difficult, especially since many factories shut down or decreased production after the velvet revolution."

Ország declared that his company was poised to spend 2.2 billion Sk ($67.4 billion) over the next four years in order to meet EU emissions standards. Istrochem has substantially cleaned up its act since 1989. "We shut down a whole division - rubber chemical production - for moral and health reasons, replacing outdated technology," said Ország.

But he admitted that problems remained with its Bratislava viscose silk operation. Viscose manufacturing produces two noxious gases - hydrogen sulfide (H2S) and the highly toxic carbon disulphide (CS2). As a clothing fibre, viscose has many applications, but the environmental impact of its production is so great that few countries are willing to host factories that make it.

This means good business for Istrochem although they are profoundly aware of the explosive nature of the viscose debate. "If we were not producing viscose, our emissions would decline by 60-70%," said Ország. "Our main environmental goal is to find a technical solution to viscose pollution. But I can tell you, if we cannot fix it we will shut down production."

Meanwhile, Slovnaft is a fine example of a firm that has drastically cut its emissions since 1989 (see chart this page). Thanks to the money it has earned as a refinery, it has been able to afford expensive clean technology. "We didn't just start working on our environmental program," said Juraj Lalík, the company's Environmental Protection Manager. "We have been working systematically for 15 years." These days, Lalík can point to new incinerators and ground-water cleaning pumps as the latest word in pollution control.

And yet, some observers remain unconvinced that all is well. As Huba phrased it, "the Slovnaft story is a very unsuccessful story - its location on top of the biggest source of ground water in central Europe is a disaster."

The dimensions of this 'disaster', in fact, were first measured by a Czechoslovak environmental organization in 1987. After it was discovered that the 15 billion m3 underground water reservoir was covered by the 100,000 m3 of oil-based waste that Slovnaft had dumped, the company drilled a series of wells around its plant and began pumping out the polluted water. The authors of the 1987 study estimated that even if Slovnaft stopped polluting altogether, it would still take 28 years for the company's pumps to reverse the damage.

Lalík conceded that the years 1978 to 1982 "were crisis years" in terms of pollution, and remembered that the Czechoslovak government had wanted to move the company away from the underground reservoir to a site near Nitra. "The effect on groundwater was terrible, but we decided to stay and invest money in cleanup so we wouldn't have to move."

How effective the cleanup operation has been is still unknown. One chemical industry source said that "it is my impression that 80% of the waste has been removed." But Hollá was more ambivalent. "Slovnaft was a communist company, and couldn't be expected to change things in a day," she argued. "Yes, there are still great problems there, but there are other things to write about."