The ability to manage people can make or break even the best of marketing plans and how they are executed.
After all, people are a manager's most important resource, and are integral in realizing any marketing strategy.
But managers - leaders - must lead, and must give clear directions to those who work for them. 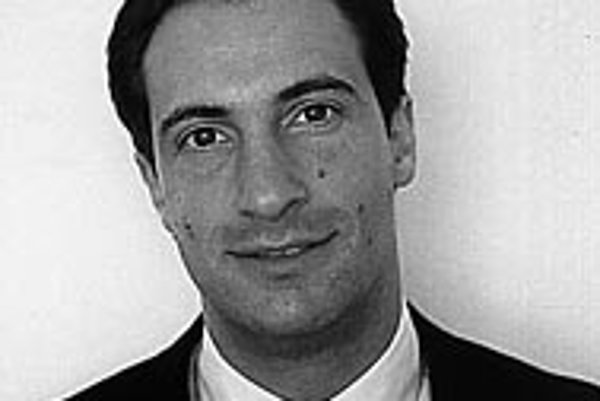 Font size:A-|A+0
The ability to manage people can make or break even the best of marketing plans and how they are executed.

After all, people are a manager's most important resource, and are integral in realizing any marketing strategy.

But managers - leaders - must lead, and must give clear directions to those who work for them.

For managers, three basic principles can help you have a successful staff: (1) delegate, don't abdicate; (2) teach fishing; and (3) when in doubt, go to the coach.

(1) "Delegate, don't abdicate" - When there's a lot to do in a short time the tendency is to hand tasks off to people without clearly explaining how to do them or checking on their progress from time to time. The effect? Right things happen wrong. Better approach? Work together.

Let's take an example (case disguised for confidentiality's sake): one central European marketer of beauty products continually wrestled with having few of the company's products being displayed in stores, which hurt the business's image.

So a senior manager took on the job of designing a better system. But then the manager gave the project to an inexperienced person to execute but didn't clearly explain how to complete it.

The result? Six weeks later, the senior manager found a bigger mess as the well-intentioned junior person made fundamental "changes" to something she had never worked on before.

Rather than leave the whole project In the assistant's hands, the manager should have fully explained how it worked, then spent quality-time with her until she could execute the project herself.

To teach someone "how to fish," a manager should follow these stages of coaching people: demonstration, working together, and observation/feedback.

An example: our consulting company recently trained consumer products sales representatives in a large eastern European market. A combination of sales theory and practice presentations were worked on in-class which we thought went well but ultimately didn't achieve the needed in-field results.

So what happened? We realized that the salespeople needed more training time in actual stores.

In other words, while their training meal tasted good, the sales representatives in-training still didn't know how to fish. So together we ventured to shops - first the trainers doing demonstration sales calls, then helping trainees do presentations, and finally observing and giving feedback.

The result? Performance improved as the salespeople were able to do the right things right by repeating their new skills in store after store.

(3) "When in doubt, go to the coach" - This vital concept reflects that good managers see management as a two-way street, that is not only for bosses to manage "down" but for employees to manage "up."

In other words, managers should seek feedback from their staff and have them report early if a task is going wrong.

This is especially important to remember as junior employees in central and eastern Europe tend to keep problems to themselves until it's too late, which usually doom the plans.

A relevant case: while working with a large European producer of health and beauty care products, I observed a common trait among some sales representatives I visited.

They always kept a list of questions related to their work with dealers. This was good. They knew the right thing to do....but they often did it wrong. Here's why: during one visit to a very remote location, the rep told me about a discolored product which the store told him about.

How did the store find out? A customer complained, not just one customer, but several. The sales rep, an intelligent person, recognized the problem. But he wasn't sure how to handle it. Instead of contacting the sales or marketing manager right away, he sat on the problem.

The result? Consumers lost credibility in the product.

The store lost credibility in the supplier since it was out of money. The manufacturing company didn't learn about the problem until a month later. While the sales rep was at fault, the sales manager was just as guilty for not instructing the sales staff to follow the rule, "when in doubt, go to the coach." This is what all salespeople should be instructed to do.

Of course, these techniques take practice and discipline to be done well.

It's like the story about the Slovak tourist who arrives in New York. The Slovak hops in a taxi and asks, "How do I get to Carnegie Hall?" The taxi driver turns around and answers, "Practice, practice, practice."

Follow the same principle as you learn how to better manage the people who work for you.